Just after 9:00 am, Friday, October 5, Prince George’s County Firefighters were alerted to an apartment fire at 5317 85th Avenue in New Carrollton.  Fire/EMS units arrived quickly at the 3-story garden style apartment building and found fire and smoke coming from a terrace level apartment.  High heat and heavy smoke blocked the egress of occupants that were still inside the building.  The first arriving team of firefighters entered the building to extinguish the fire and search for occupants.  An occupant from a top floor unit sought rescue from her top floor apartment balcony.  Fire Lieutenant Michael W. Fraizer arrived on the second arriving unit and used a ground ladder to ascend to her balcony and remove Aminaca Sesay.  Just prior to this rescue a member of the first arriving ambulance had ascended the same ladder and removed a 4 month old male child that was handed over the balcony railing by Ms Sesay.  At the same time another adult female was being removed by a firefighter from her second floor apartment window.  The two adult females and 1 infant were evaluated by paramedics on the scene but did not require hospitalization.

The fire was knocked down in about 15 minutes.  No injuries were reported.  The fire appears to have started in a terrace level apartment bedroom and preliminary fire loss is estimated at about $20,000.  The cause of the fire is still under investigation.  It is not known how many apartment units will be declared uninhabitable.  Apartment complex management is assisting with any displaced residents. 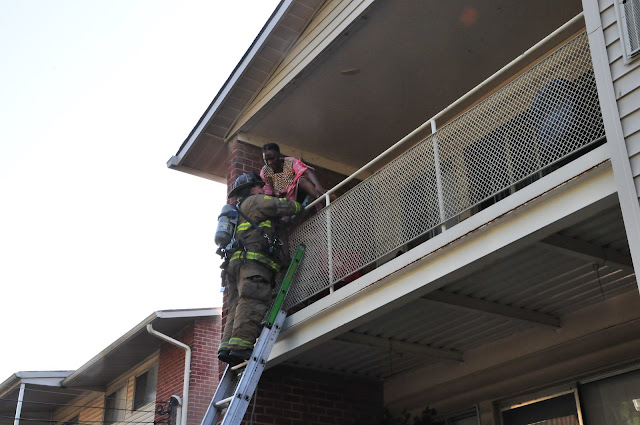 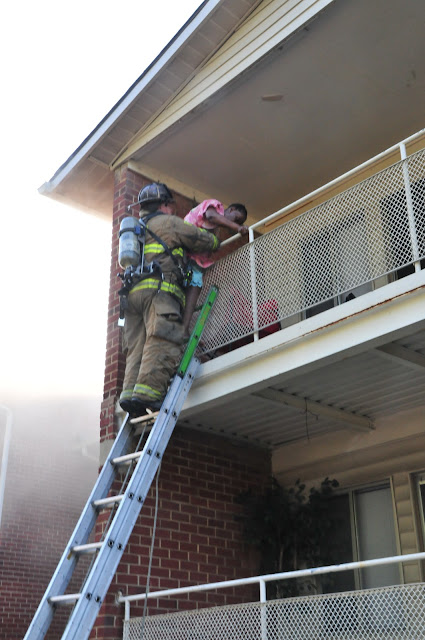 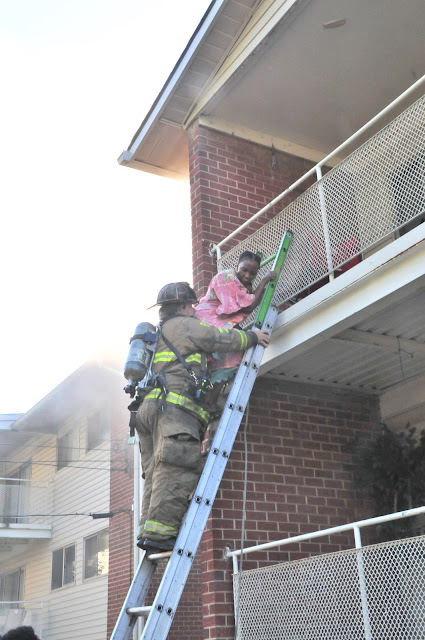 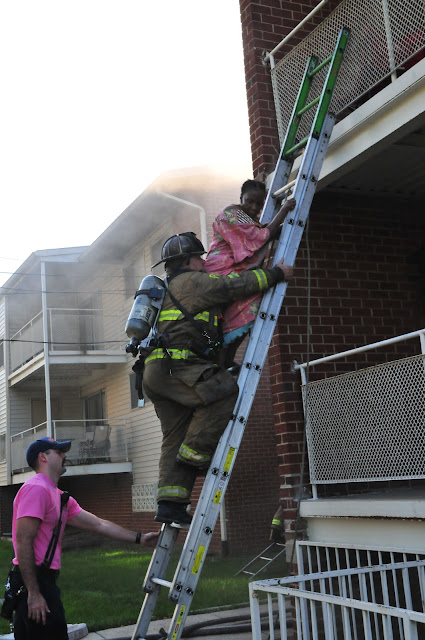 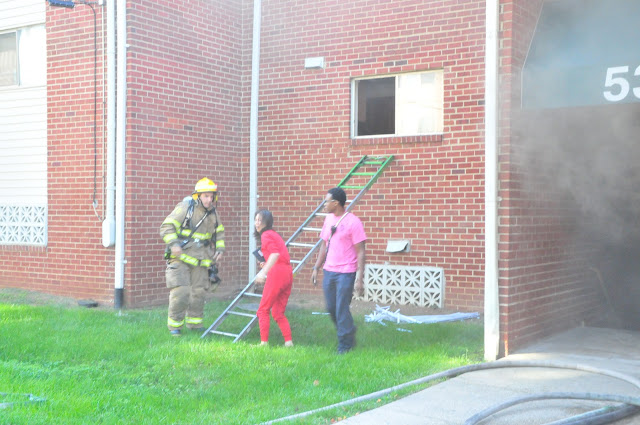 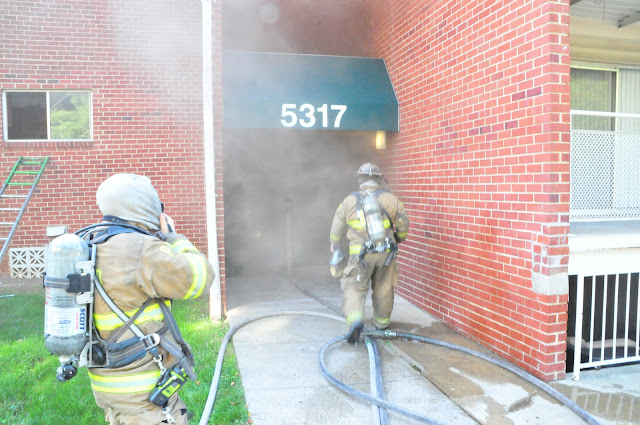 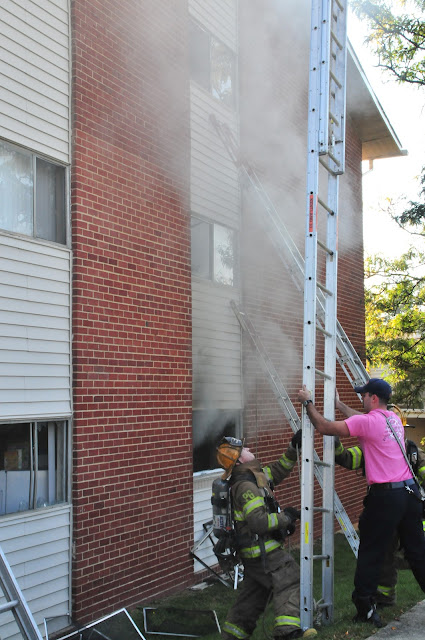