A fire broke out on the top floor of a Fort Washington apartment building Sunday morning.  At 8:30 am, Sunday, April 23, several 911 calls were received by call takers at Public Safety Communications reporting an apartment fire at 2517 Corning Avenue in Fort Washington at the Glen Rock Landing Apartment Complex.

According to witnesses, prior to the fire department arrival, several building occupants had retreated to their balconies unable to escape through the intense heat and thick smoke consuming the 3-story apartment buildings interior stairwell.  Witnesses reported one occupant lowered her infant to bystanders outside and then lowered herself from her second floor balcony.

Firefighters arrived within 6 minutes of dispatch and confirmed a top floor apartment on fire with extension into the roof area with several building occupants requiring rescue.  A Second Alarm was sounded bringing additional staffing and resources to the scene.  All rescues were made, searches complete and fire extinguished within 15 minutes after arrival.

Medics treated and evaluated five people on the scene.  Two civilians were transported to an area hospital with non-life threatening injuries/illness, one of those transported was the female occupant that jumped from her window.  One of the five treated on the scene was a firefighter that became ill after battling the fire.

It appears that the occupants of the apartment of origin attempted to extinguish the fire themselves using residential fire extinguishers.  Several spent fire extinguishers were found outside.  The fire rapidly grew in intensity eventually extended out of the windows and balcony doors which is when 911 was first notified by bystanders outside the building.

The apartment buildings pull station alarm bells were never pulled and activated.  Building residents were not afforded an opportunity for a warning about the fire and a safe egress.

The American Red Cross will be assisting approximately 30 residents displaced from the 11 apartments in the building of origin.

The cause of the fire remains under investigation with preliminary fire loss estimated at $150,000 to the structure and contents. 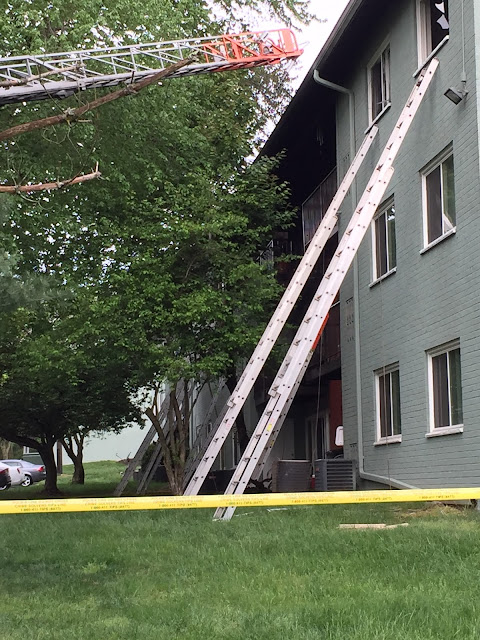 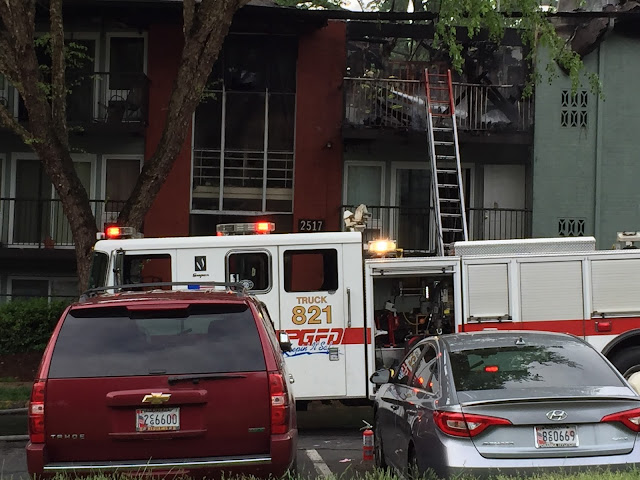 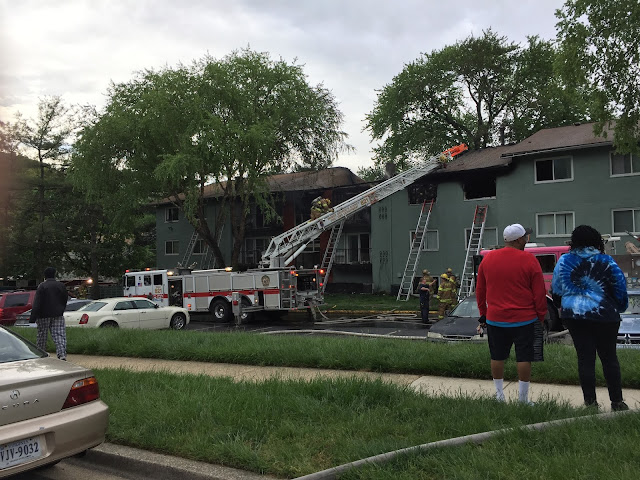 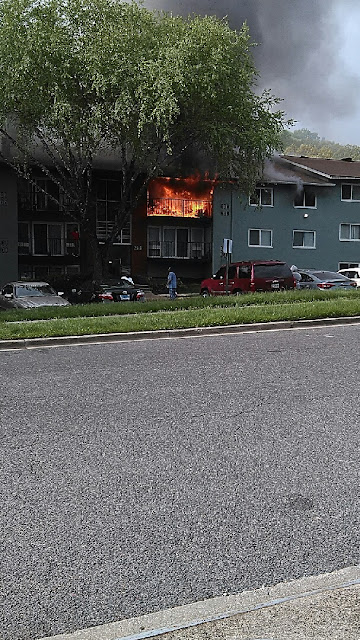 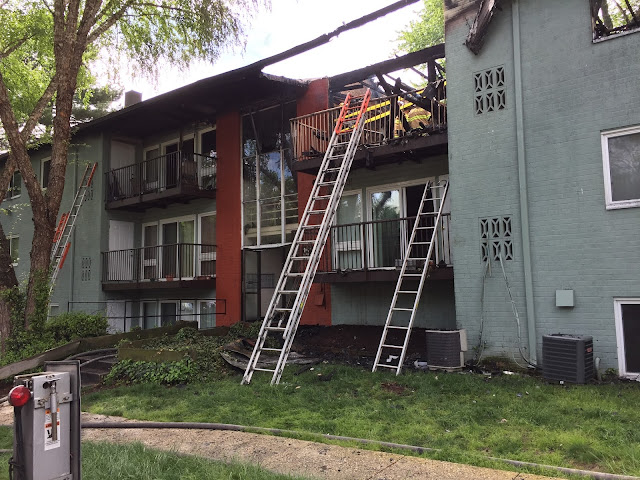 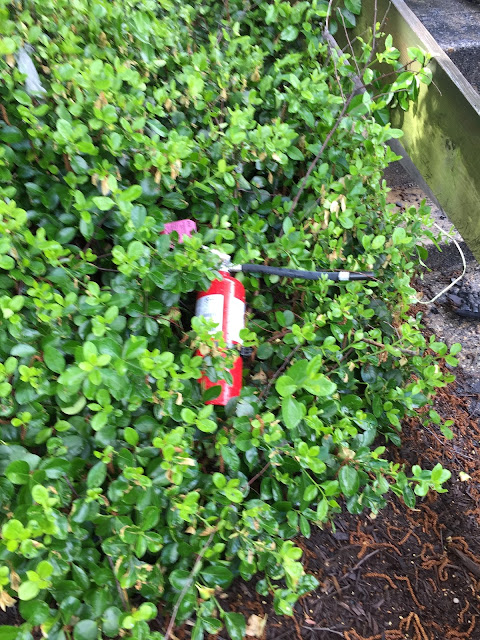 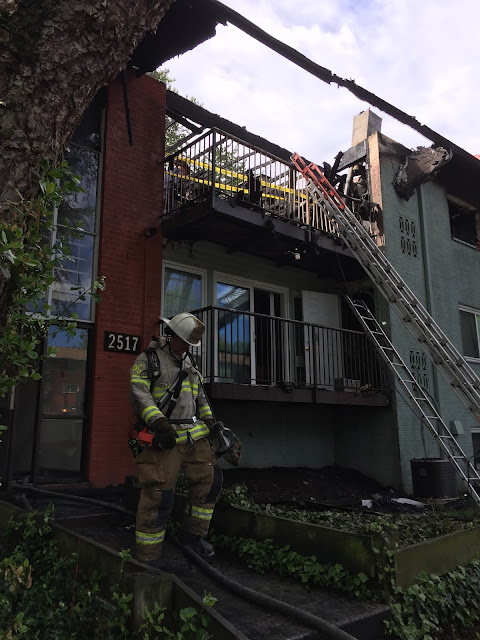 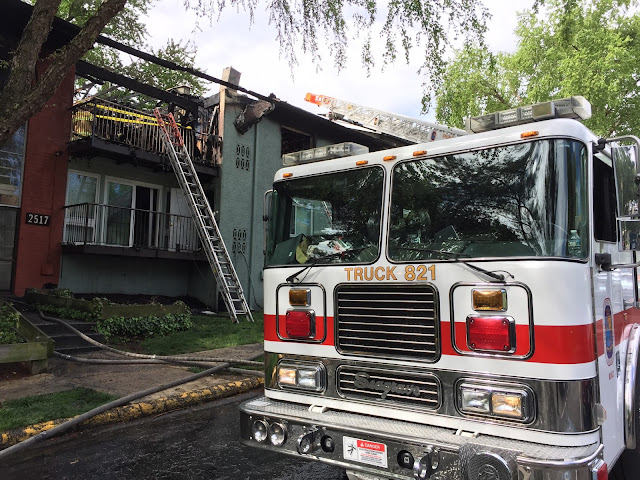 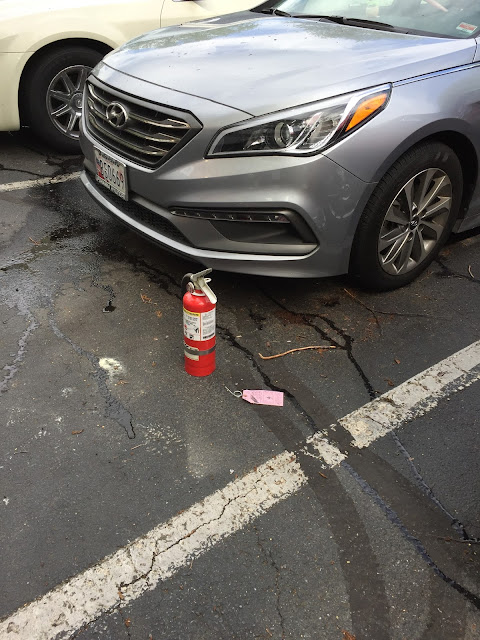 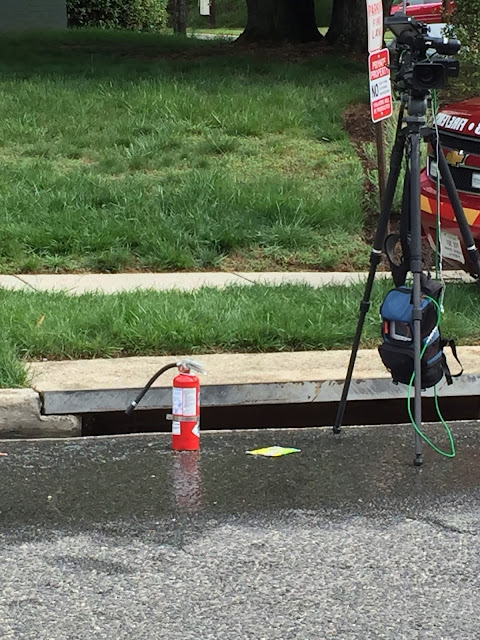 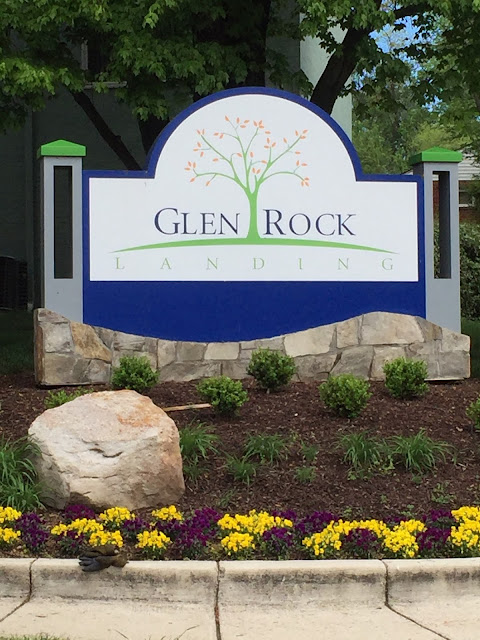