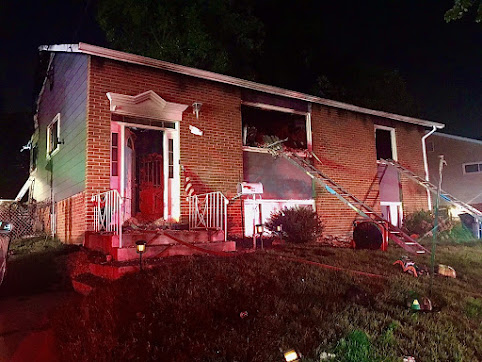 Prince George’s County Investigators are working to determine the cause and origin of a residential fire that resulted in the death of 67-year-old Winfred​ Edward Williams of District Heights.

On Sunday, July 25, 2021 at 10:11 pm, units from the Prince George's County Fire/EMS Department were dispatched to the 1900 block Brewton Street in District Heights for a reported house fire.

Within two minutes, crews arrived on scene and found smoke and fire showing from a two-story single-family home. A neighbor informed arriving personnel that the resident of the home may still be inside. Units immediately entered the house, began searches for any trapped occupants while initiating fire suppression operations. At 10:24 pm, a crew located and removed an adult male from the home. Despite all life-saving efforts, 67-year-old Winifred​ Edward Williams, of the same address, was declared deceased. The fire was extinguished and all other searches were negative.

In the course of extinguishing the fire, two Prince George's County Fire/EMS personnel were transported to area hospitals for evaluation and have since been discharged.

A joint Prince George's County Fire/EMS Office of the Fire Marshal and Prince George's County Police investigation is currently underway. The cause of death will be determined by medical autopsy. Smoke alarms were in the home and responding personnel reported hearing the alarms sounding upon arrival. The cause of the fire is undetermined and estimated fire damage stands at $75,000.