Firefighters Handle the Hot and Spicy 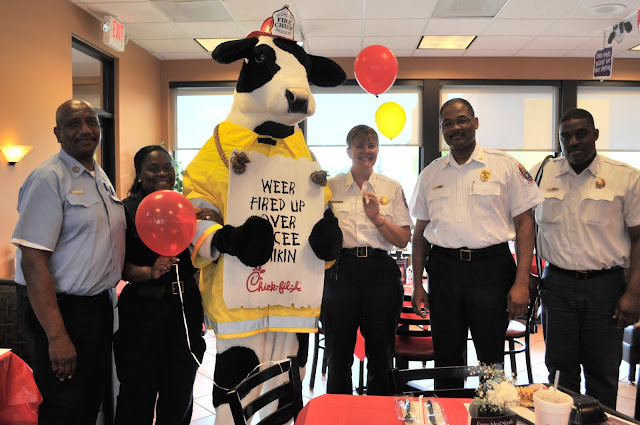 The Chick-fil-A at the Capital Centre invited members of the Prince George’s County Fire/Emergency Medical Services Department to try out their new soon-to-be menu item. This was an invitation only preview of their new sandwich which will debut later this month to the general public. On Tuesday, June 1, 2010, the new Spicy Chicken Sandwich was generously offered to volunteer and career firefighters and medics. About 3 dozen members, including Fire Chief Eugene Jones, enjoyed the meal and festivities hosted by an energetic Mildred Crews, Marketing Director at the Chick-fil-A @ Capital Centre in Largo, MD.


Officially, we can not endorse the sandwich; however, many firefighters said they will be returning when the sandwich hits menus on June 7th. Members of the First Battalion, including Ritchie and Kentland Volunteer Fire/EMS Stations, the Fire Chief and his staff as well as other command officers would like to thank Mildred Crews and her staff for an enjoyable and tasty lunch. 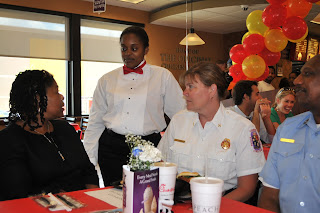 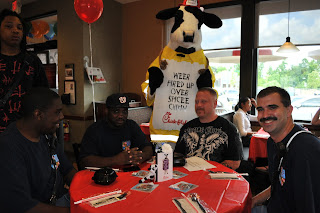 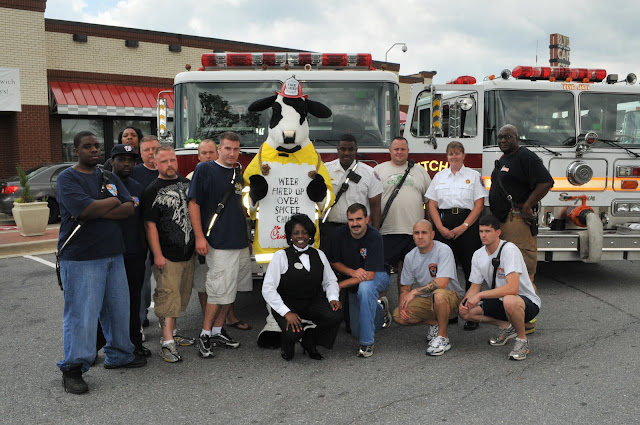