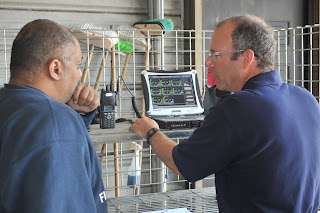 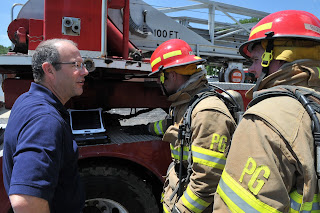 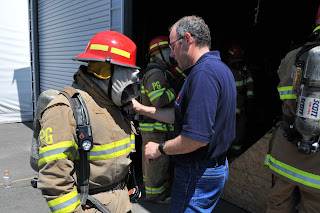 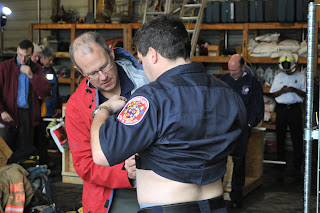 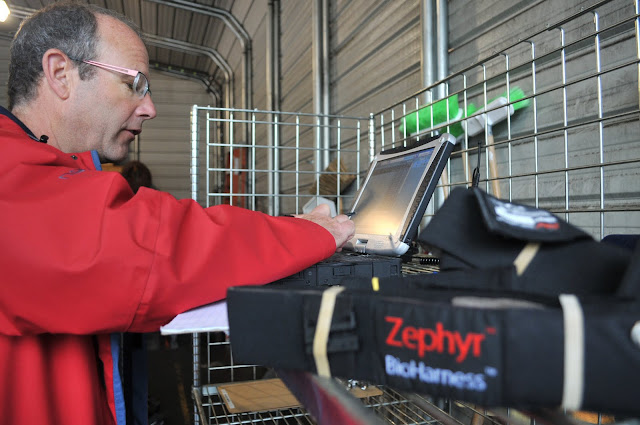 The PSM Responder system monitors vital signs and posture, relaying data via a wireless harness to a 2-way radio onto a laptop PC. The data is interpreted and displays information, which helps determine whether personnel are fatigued, dehydrated, injured or healthy. The system is made up of three parts, including a BioHarness Sensor, 2-way portable radio and PC application software. The BioHarness is an easily donned “smart fabric” strap that calculates status and measures heart rate, breathing rate, skin temperature, activity and posture. The wireless design does not interfere with the wearer’s activities; is reported to be comfortable over long periods of time; and it is washable. The PSM is available in three styles—the BioHarness; shoulder harness to ensure proper position; and the PSM enabled shirt. All are equipped with a wireless transmitter that sends data to the firefighter’s portable radio.

The PSM Responder system is compatible with the radio equipment typically used by personnel. It operates within the established communications infrastructure, thereby eliminating the need for additional equipment. In addition, the transmission of data over the radio does not interfere with voice communications.

The OmniSense Application Software, capable of simultaneously monitoring up to 64 personnel, is proprietary and therefore part of the package. Its ability to display the status of each crew member enables the Incident Commander to make quick decisions concerning their personnel’s health and safety. The software also makes available post-incident analysis of an individual’s physiological condition, permitting both Command and Safety Officers to be more proficiently trained and better prepared for future incidents.

During both training sessions, team members were randomly selected to put on the BioHarness. Those selected were provided a portable radio capable of receiving wireless transmission from the harness and sending the data to the PC. Equipped with the PSM and wearing Personal Protective Equipment (PPE), including SCBA, the teams completed a training evolution. Each firefighter’s vital signs and posture (standing, lying down, etc.) were closely monitored while undergoing the session.

Information about personnel is pre-loaded into the system that matches a firefighter’s name and team, or unit number, to a corresponding BioHarness. The data received from the system then identifies the individual’s name and team; activity level; and vital signs, i.e. heart rate, respiration and skin temperature. A color-coded warning system, also part of the software, changes color when any of the individual’s monitored items goes from “Normal” to “Elevated” to “Of Concern.” 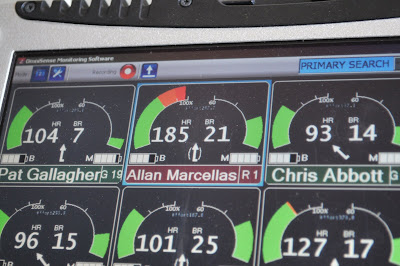 Throughout multiple days of training, Fire Instructors were impressed with the insight the PSM system provided, i.e. general fitness and levels of exertion candidates experienced during the practicum. Prince George’s County Fire Captain Grady Valencis stated, “I believe the PSM is a valuable tool to monitor the effects our job-related tasks have on our workforce. It could also be utilized to make a case for additional staffing, in order to assist us in our performance on emergency scenes.”

Steven Small, Vice President of Business Development and Sales at Zephyr Technology, explained that the physiological status sensors improve decision making and remote triage. “It’s designed so Incident Commanders have insight into the vital signs of their personnel,” said Small. “If it looks like personnel are getting into trouble, they can get them out to rehab.”

While the PSM is effective for all emergency personnel, it may be best used where deployment is in high-stress and high-exertion incidents. Hazardous Materials, Bomb Squad, High-Angle and Confined-Space teams require the monitoring of vitals before and after their assigned activity. The PSM would provide real-time monitoring and could enhance the length of deployment and subsequent effectiveness. This would minimize the need to rotate personnel and consume resources for extended periods. Real-time monitoring is also effective in assisting Incident Commanders with making informed decisions on removing deployed personnel in a timely manner, as data dictates.

Local users of the system include Maryland National Guard 32nd CST and Baltimore City Fire and Police Training Academies. Among those across the country who either have units, or will soon receive them, are Sarasota County, Florida; Hall County, Georgia Sheriff; Illinois State Police; Jacksonville Sheriff EOD.

Overall, the PSM appears to be an immensely invaluable addition to the tool boxes of the Incident Commander and the Safety Officer. Stress and cardiac overexertion can easily lead to a heart attack, which remains the leading cause of firefighter’s deaths in the United States. Real-time monitoring of the vital signs of personnel involved in high-stress environments provide insight into hidden dangers and lurking ailments that threaten firefighter safety and survivability. The PSM is an effective weapon for providing protection to our most valuable assets—our personnel. Personal physiological status monitors can help ensure “everyone goes home.” 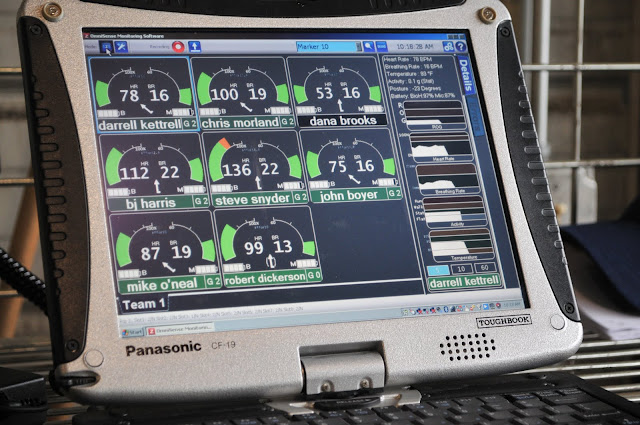 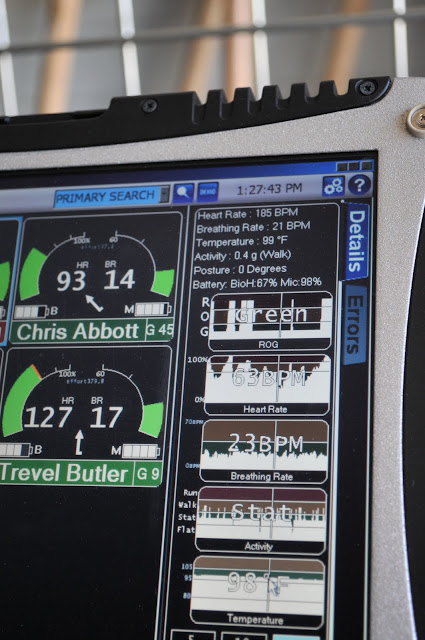 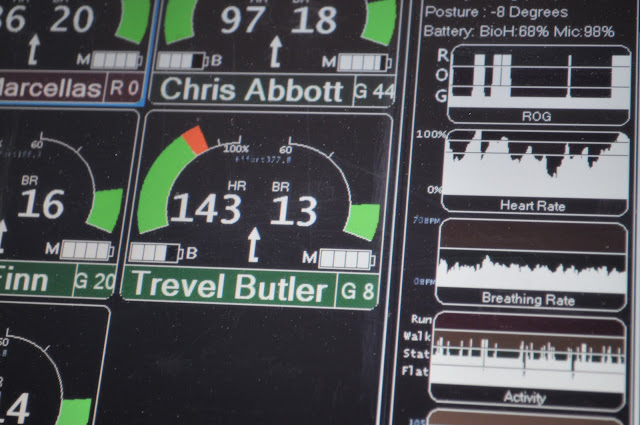