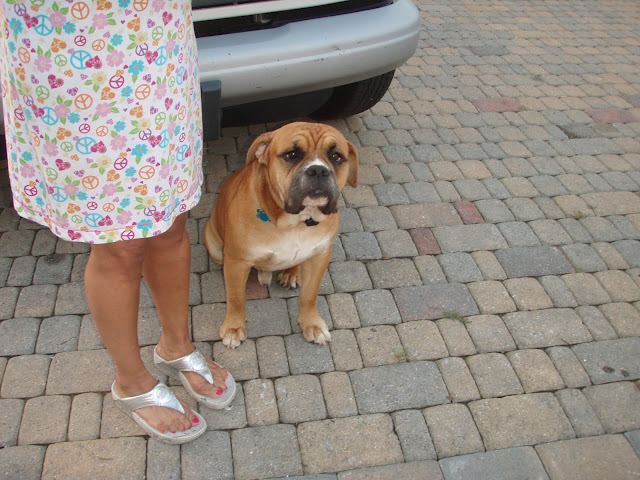 An Upper Marlboro family benefited from two early indicators of danger in their home early Monday morning. Just before 4:00 am, Monday, July 26, 2010, an apparent electrical malfunction ignited a fire in the basement of a home in the 17800 block of Central Avenue.


As the fire slowly spread, smoke started to fill the 1-story single family home. The first indication of danger came from Enzo, an Olde English Bulldog. The family pet alerted the sleeping family just moments before a smoke alarm activated. The two early warning signs of dangers allowed the family to escape the home without injury. Firefighters from Bowie and the Upper Marlboro area and surrounding communities, including units from Anne Arundel County, responded and arrived to find a fire in the basement with heavy smoke billowing from the structure. Thirty firefighters had the fire knocked down in about 15 minutes after arrival. One firefighter was treated and released from an area hospital for a minor injury to his hand. Fire loss was estimated at $5,000.

While the few extra moments of the pet alert are certainly precious seconds when it comes to escaping your home safely; the standard of having a working smoke alarm on every level of your home in addition to a planned and practiced home escape plan is the best proven method of surviving a home fire. If you sleep with your bedroom door closed; a smoke alarm should be installed in your bedroom as well. Your home escape plan should include 2 ways out of every room and a designated meeting place outside the house.