MEDIA CONTACT: Mark E. Brady, Chief Spokesperson, 240-508-7930, mebrady@co.pg.md.us
Five Prince George’s County Firefighters sustained minor injuries while battling a fierce fire at a Clinton house this morning. At about 11:15 am, Wednesday, November 10, 2010, fire/EMS units responded to 8200 Anaio Court after being alerted of a house on fire. Firefighters arrived to find a 2-story single family home with heavy fire conditions on both floors with fire extending into the attic area. The house is vacant, however, is known to have recently housed vagrants. Firefighters conducted a primary search of the structure before vacating and continued to extinguish the fire from the safety of the exterior.


It required 33 firefighters about 30 minutes to knock down the bulk of the fire. Four firefighters sustained minor burns and one firefighter sustained an injury to his leg; all were transported to area medical facilities, treated and released.

The cause of the fire is under investigation and fire loss estimates are not yet available. 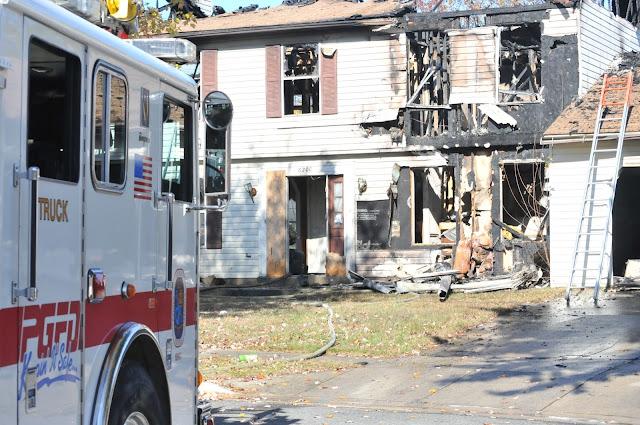