June 22, 2011
MEDIA CONTACT: Mark E. Brady, Chief Spokesperson, 240-508-7930
Teresa Ann Crisman, a long time volunteer and fire safety advocate, took the oath of office and was installed as the President of the Ladies Auxiliary to the Maryland State Fireman’s Association (LAMSFA).  The installation ceremony took place on June 21st during the Annual Convention held in Ocean City, Maryland.  She will serve the one-year term just as she has served as a member of volunteer ladies auxiliaries in Prince George’s County; working tirelessly for the overall good of the MSFA and ladies auxiliaries across the State.  She takes over from a fellow Prince Georgian completing her year as President of MSFA Ladies Auxiliary. Sandi Lutz, a member of the Glenn Dale Fire Association, has served exceptionally well and her tenure reflects favorably on herself, Glenn Dale Fire Association and Prince George’s County.
A surprise visit from Prince George’s County Executive Rushern Baker was greeted with a feeling of euphoria and excitement by the combined career and volunteer members in attendance.  Baker spoke to the audience and congratulated immediate past president Sandi Lutz on having served a successful year and bestowed his best wishes and support for Teresa Crisman for the year ahead.  Lutz and Crisman each received a certificate from the County Executive and Acting Fire Chief Marc S. Bashoor for their milestone achievements.
Accompanying County Executive Baker was Brian Moe; Director of Homeland Security and Kerry Watson, representing Mr. Barry Stanton; Public Safety Director.
Also in attendance was former Prince George’s County Fire Chief Ronald D. Blackwell.  When he was the Prince George's County Fire Chief in 2002, Blackwell promised Teresa that if she was ever elected to President of the LA-MSFA he would attend the ceremony.  So it was that Chief Blackwell traveled from Kansas to Ocean City, MD, fulfilling his promise to join Teresa in her celebration. 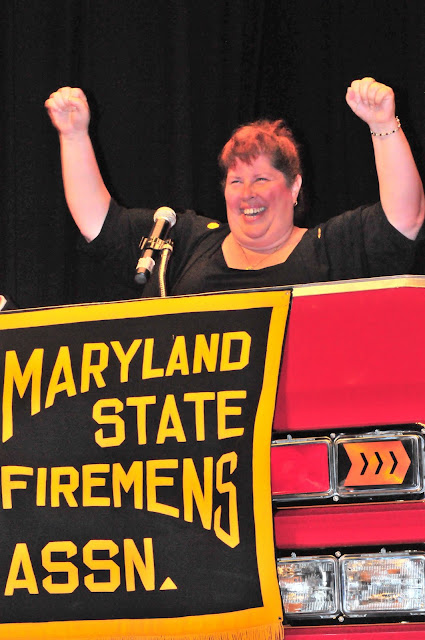 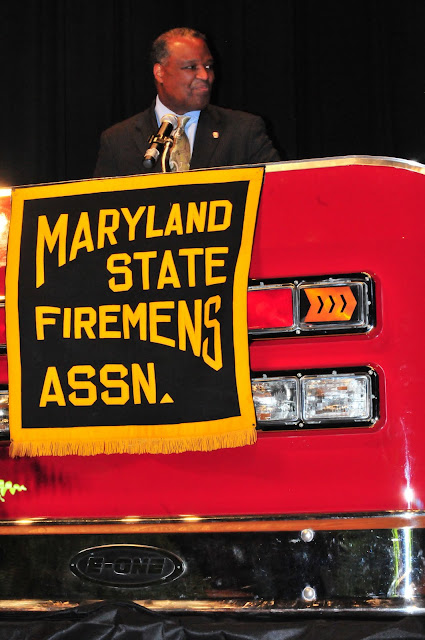 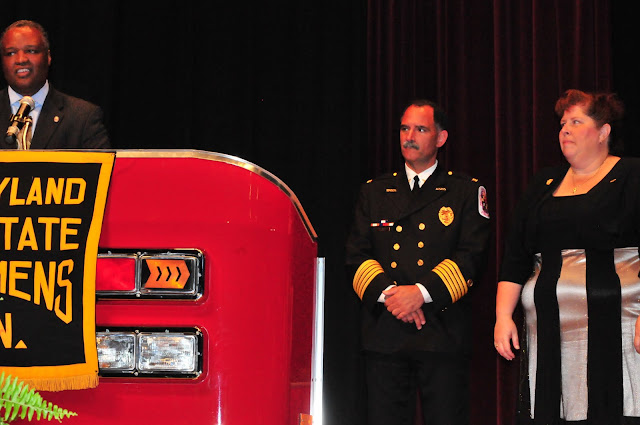 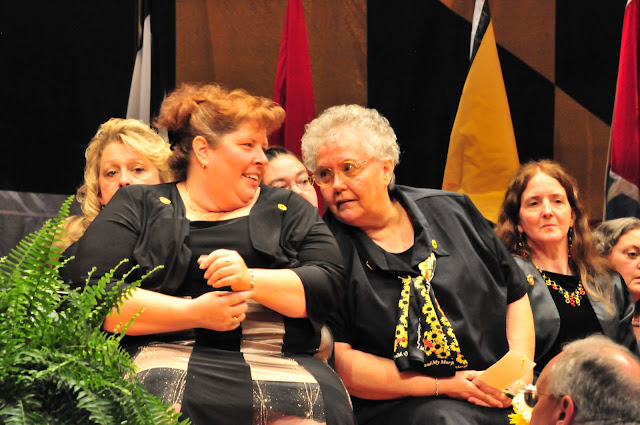