Firefighters rescued two residents from a Landover apartment building this morning when a neighbor’s apartment was on fire.  At about 1:45 am, Saturday, Fire/EMS units were dispatched to 3839 64th Avenue in Landover for a fire reported on the second floor.  Units arrived at the multi-level, 4 stories in the front and 7 in the rear, with heavy smoke coming from a second floor unit and the fire extending to apartments above.  High heat and thick smoke in the hallway prevented the egress of some occupants that retreated to their windows and awaited rescue.

Firefighters entered the building to extinguish the fire and search for trapped occupants.  A team of firefighters used ground ladders to remove 2 occupants from their apartment window.  Firefighters encountered several occupants suffering from various injuries incurred while escaping the heat and smoke.  All five occupants were treated on the scene and transported to a hospital for treatment.  All the patients were transported in good condition.

A Second Alarm was sounded bringing additional resources to the scene.  The fire was contained and extinguished within 20 minutes.  Assistant Chief Paul Cruz stated that the fire was contained to the apartment of origin and that several occupants would not be able to return to their apartments.  Displaced residents were being assisted by the County Citizen Services Unit (CSU) with temporary shelter.   Steve Stearns, a CSU representative, stated that he was assisting 50 adults and 14 children that are displaced with temporary shelter.

A County “GO” Bus was brought to the scene and provided an air conditioned temporary shelter for displaced residents. 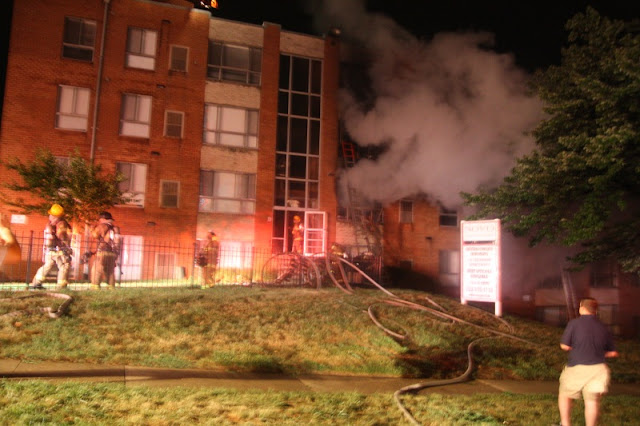 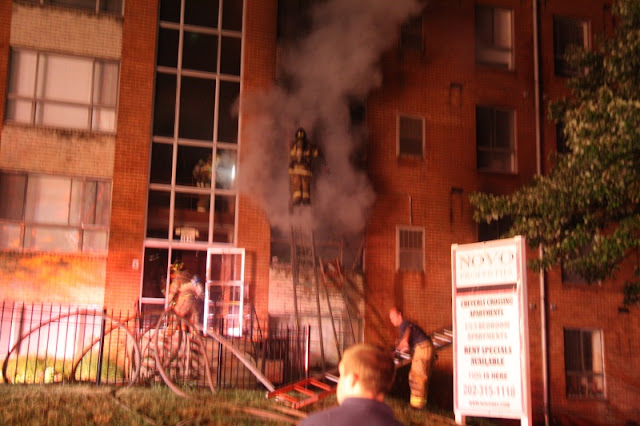 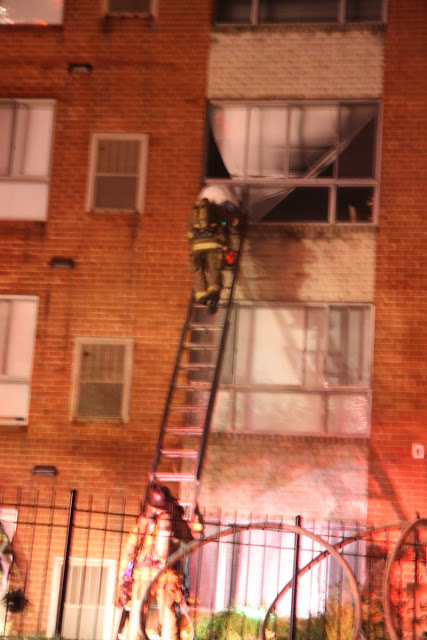 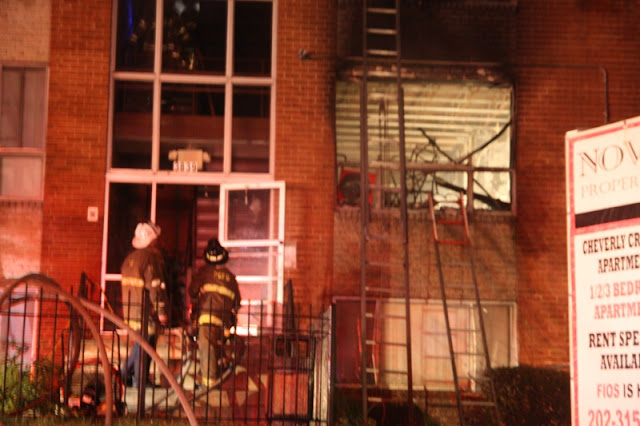