Clinton House Fire is Under Investigation 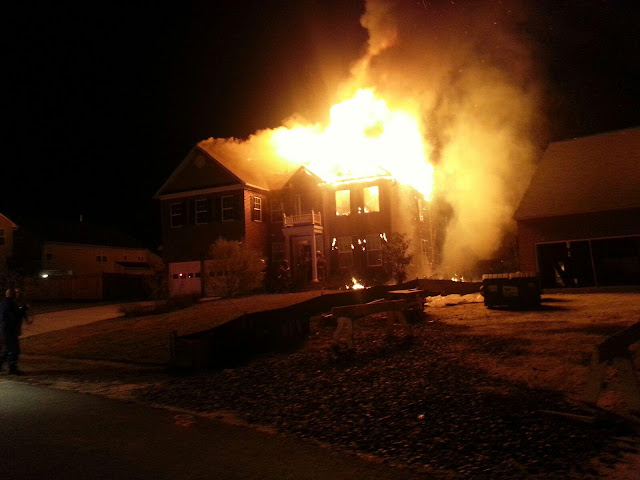 A fire in Clinton caused significant damage to a vacant house this evening. At around 6:15 pm, New Years Day, 2013, firefighters arrived at a 2-story single family home with heavy fire showing.
Firefighters were forced to fight the fire from the safety of the exterior as the well advanced fire consumed the roof of the house.

The house was vacant/unoccupied so there are no residents requiring assistance.

A Task Force was sounded bringing additional Fire/EMS resources to the scene to help extinguish the fire. There were 35 firefighter/medics and incident commanders on the scene.

No injuries were reported. The cause of the fire is under investigation. Fire loss is estimated at $300,000.