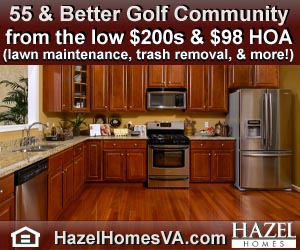 Almost a year after an arson fire in Riverdale, Md., police are still investigating and haven't made any arrests in the case.
Seven firefighters were injured while putting out the blaze, but 22-year-old Kevin O'Toole suffered the most severe injuries.
O'Toole underwent several surgeries and spent weeks in intensive care with burns covering more than half of his body.
In an interview with NBC4 via Skype, O'Toole said he's getting progressively more active and has regained the use of his hands, but he's still looking for closure.
"There's somebody out there that caused something like this and almost ended the lives of two young firemen. It could happen again tomorrow, and I just wish that no one ever has to go through this," he said.
O'Toole moved to New York to be closer to his family throughout his recovery. Despite his experience, the volunteer firefighter hopes to return to that line of work after his injuries have healed.

The one-year anniversary of an intentionally set fire at a Riverdale home injuring seven firefighters is just days away. The Fire Department is asking for help from members of the community to help us bring this case to a close with fire investigators making arrests. Currently the case remains open and under investigation.

An arson fire occurred in a vacant home at 6404 57th Avenue in Riverdale on Friday, February 24, 2012, just after 9:00 pm. One of the firefighters, Bladensburg Volunteer Sergeant Kevin O’Toole continues to recover from his injuries and has not been able to return to full duty. Fire Investigators have thoroughly looked into all of the evidence and leads and will require additional help from the public to help close this case.

The investigation remains open and on-going in the hopes of identifying the person(s) responsible for setting this fire. We believe that someone has information that could lead investigators to identifying the arsonist. We encourage anyone that has any information about this fire to please call our fire investigators. Even the smallest detail could be important to solving this case. Please call and help us identify who is responsible for injuring seven firefighters and destroying this house.

A reward is available for information leading to an arrest. We are asking for the community‘s involvement and assistance in helping to identify the person(s) responsible for setting this fire. If you have information about this incident, call Crime Solvers at 1-866-411-TIPS (8477). You may also send your tips, SECURELY and ANONYMOUSLY, via TEXT MESSAGE by typing "PGPD" plus your message, and sending it from your cell phone to "CRIMES" (274637). If your information leads the capture of whoever is responsible for this crime, you may be eligible for a CASH REWARD up to $1,000.

The Prince George’s County Arson Tip Line will also accept information at 301-77-ARSON, or email at 77ARSON@co.pg.md.us.
Posted by PGFD at 4:52 PM