March 18, 2013
Just before 1:00 pm, Monday, March 18, 2013, Firefighters and Paramedics were alerted to a motor vehicle crash with injuries. While en route to the incident reported on Martin Luther King highway (Route 704) at Whitfield Chapel Road in Springdale, Fire/EMS units were provided an update by Public Safety Communications dispatchers that additional 911 calls were being received indicating a vehicle was overturned, on fire and an occupant trapped inside.


The first arriving Fire/EMS officer advised the correct location was on Route 704 on the bridge above the Capital Beltway RT495/I-95 and confirmed one vehicle on fire with a fatality.

A County Police Officer was first on the scene and was attempting a rescue of the trapped victim when the vehicle burst into flames. The officer sustained burn injuries to his upper body as well as some lacerations. He was transported to a hospital by paramedics. His injuries, while serious, do not appear life threatening.

Route 704 will remain closed for an extended period of time while the police investigation continues.  the County Police PIO will release any additional update. 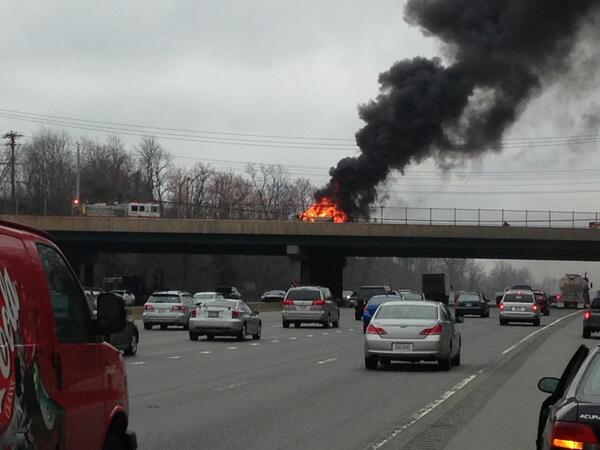