There are some firefighters that want to be on every fire performing tasks they were trained to do and doing it the right way.  These are the firefighters that also are constantly thinking outside of the box, innovative and resourceful.  No waiting for the bell to ring here as the shift from Fire/EMS Station 846 built their own simulator and hope that other firefighters will take advantage of it.

Firefighters at the Largo Fire/EMS Station 846 built and conducted a firefighter survival simulator in the bay at the station using common items ground around the firehouse. The crew used 6 metal bed frames, multiple wires, a backboard to simulate a wall, caution tape and mop sticks.

The firefighters practiced while wearing full PPE and used their assigned portable radios to simulate a MAYDAY transmission.  Multiple runs through different evolution's allowed the crew to try different methods of escape and to remove the SCOTT pack off their backs while maneuvering through the entanglement and remaining on air. Crews also practiced buddy breathing while two firefighters went through at the same time.

Personnel that constructed the training include: 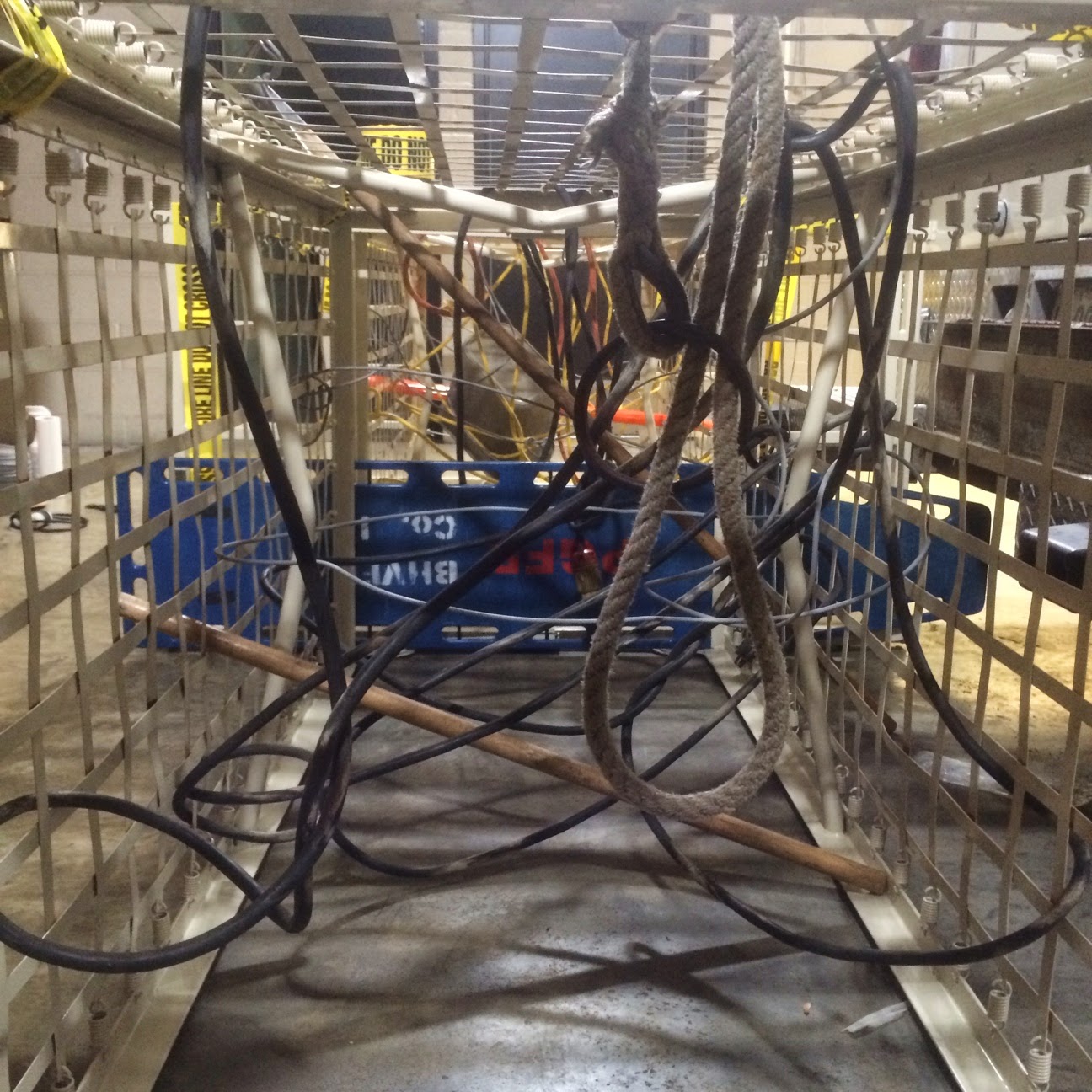 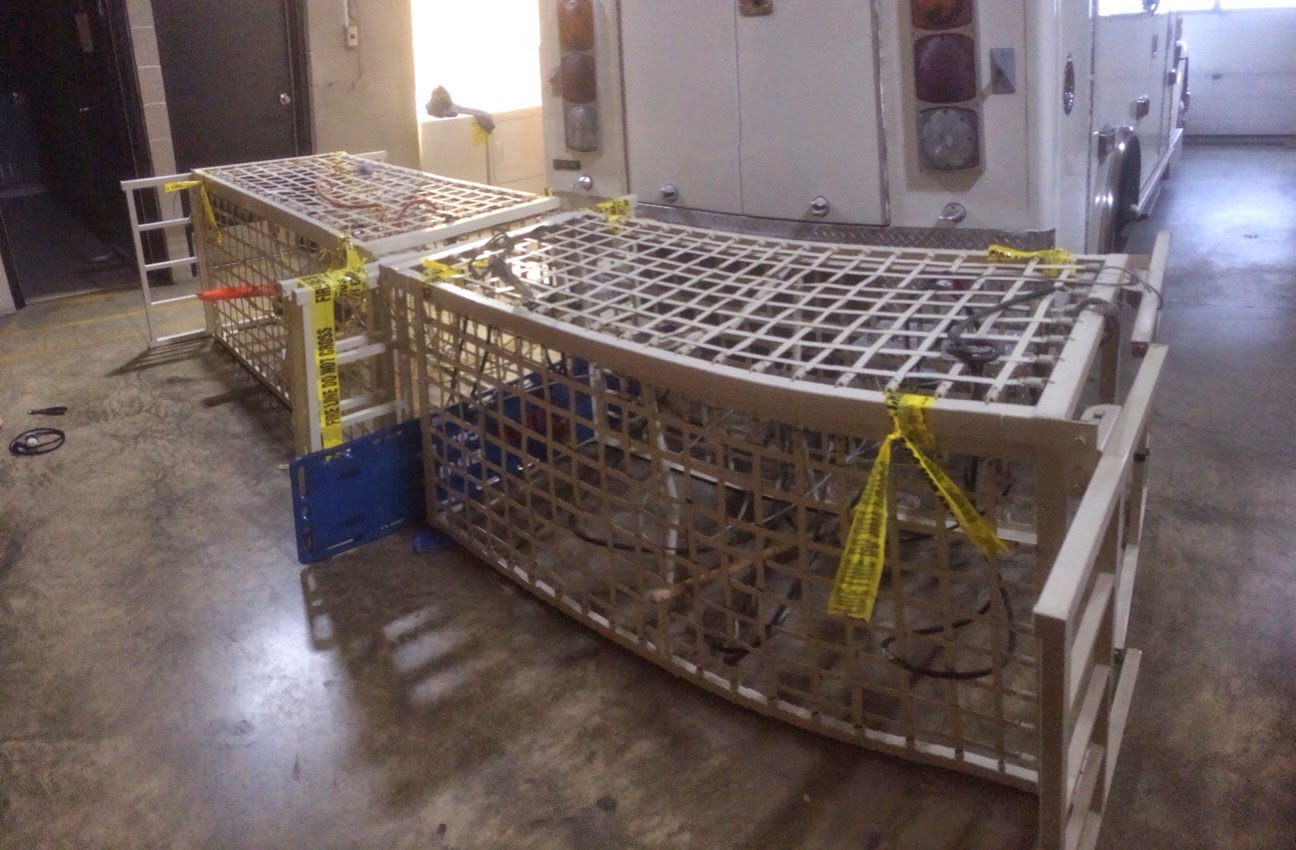 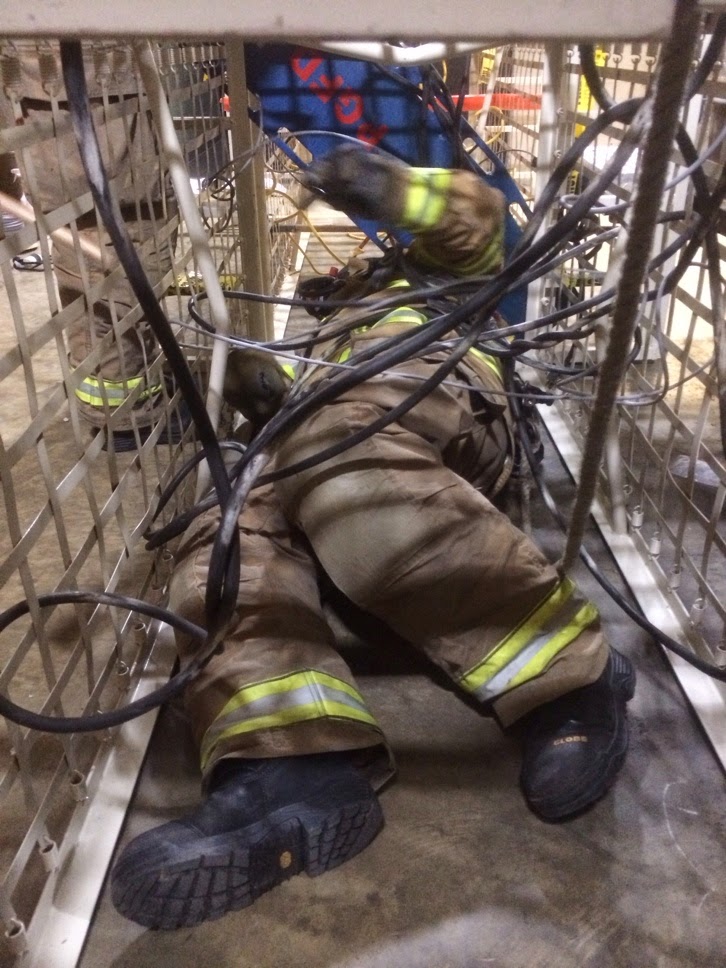 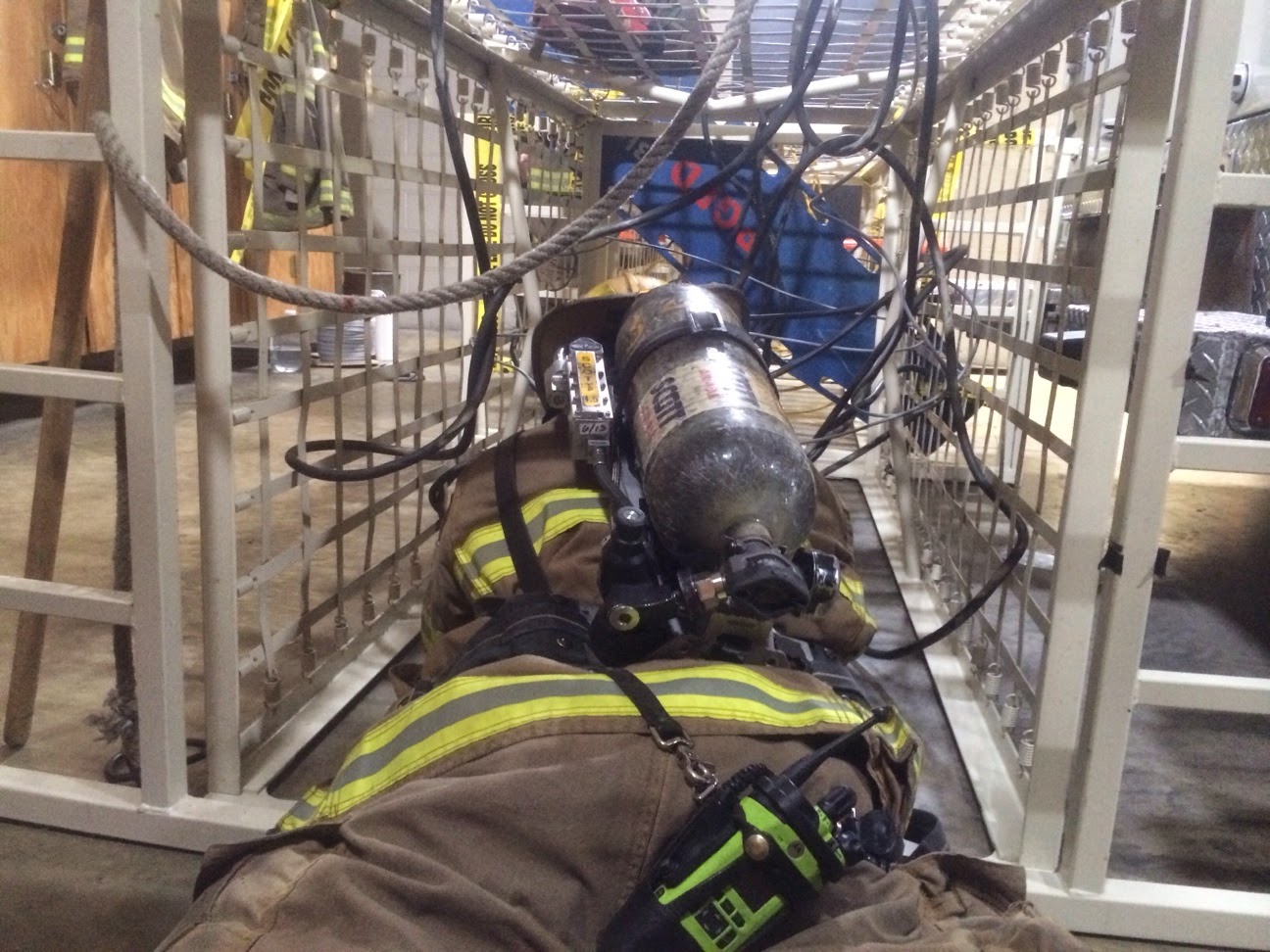 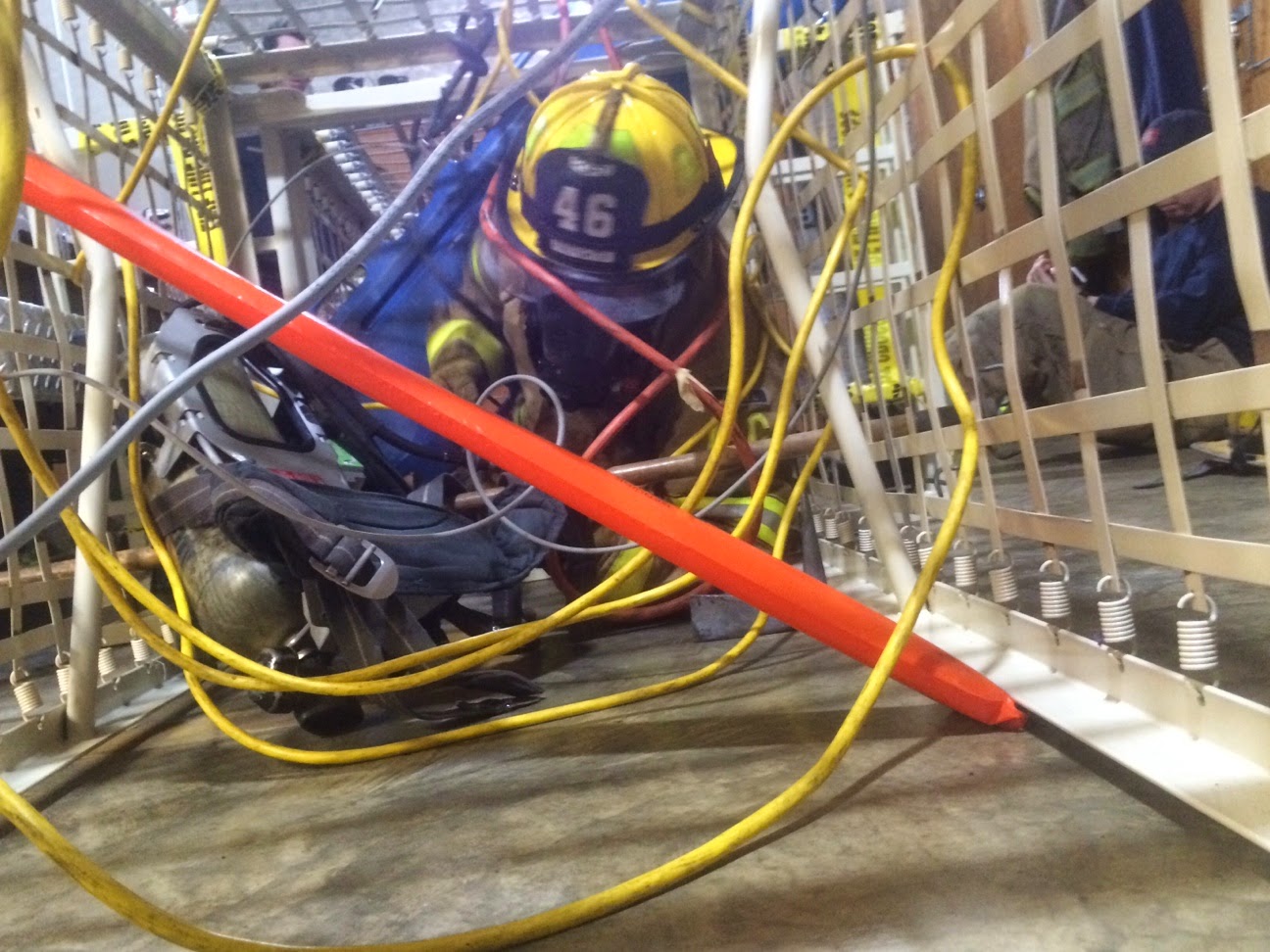 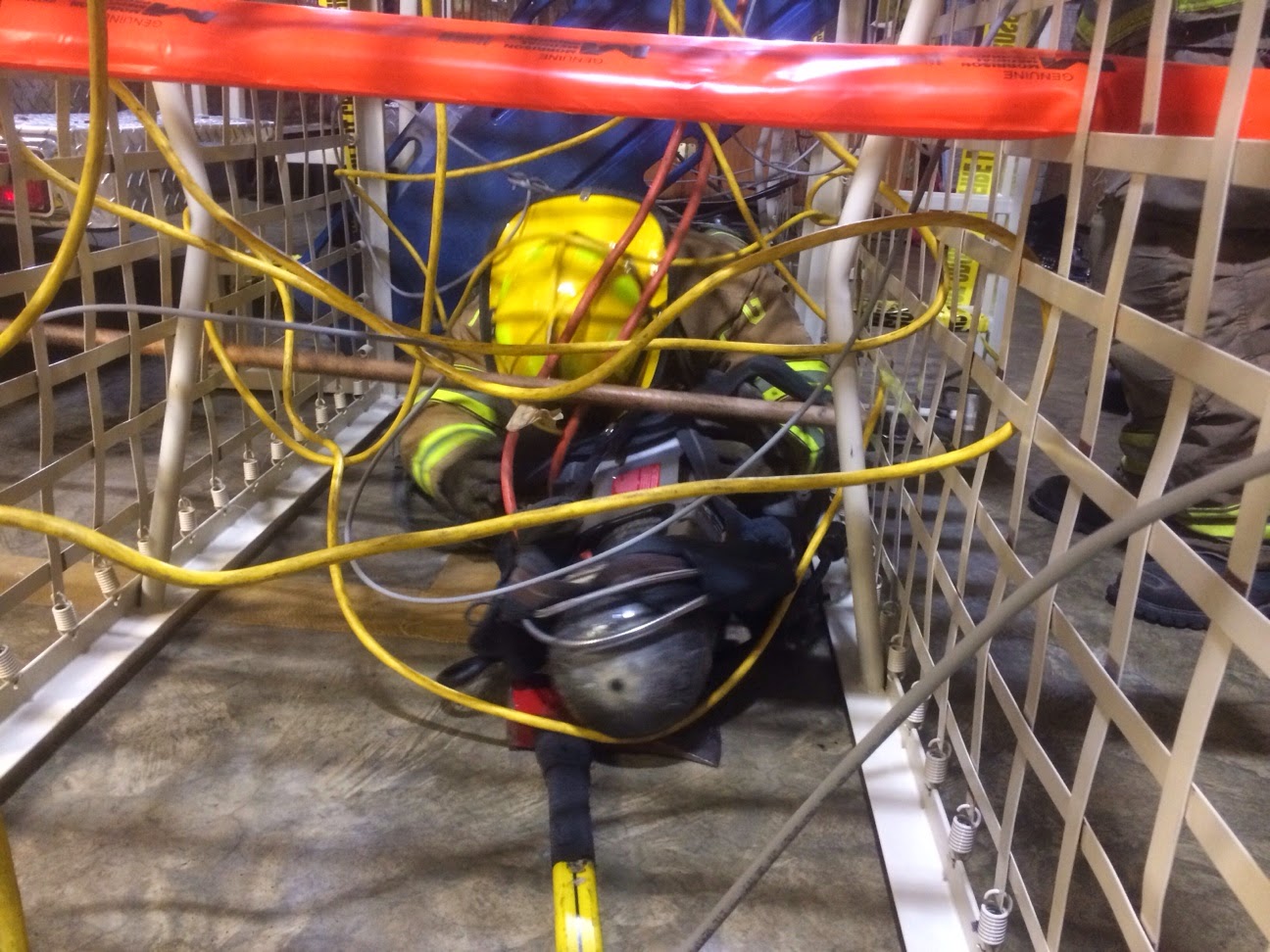 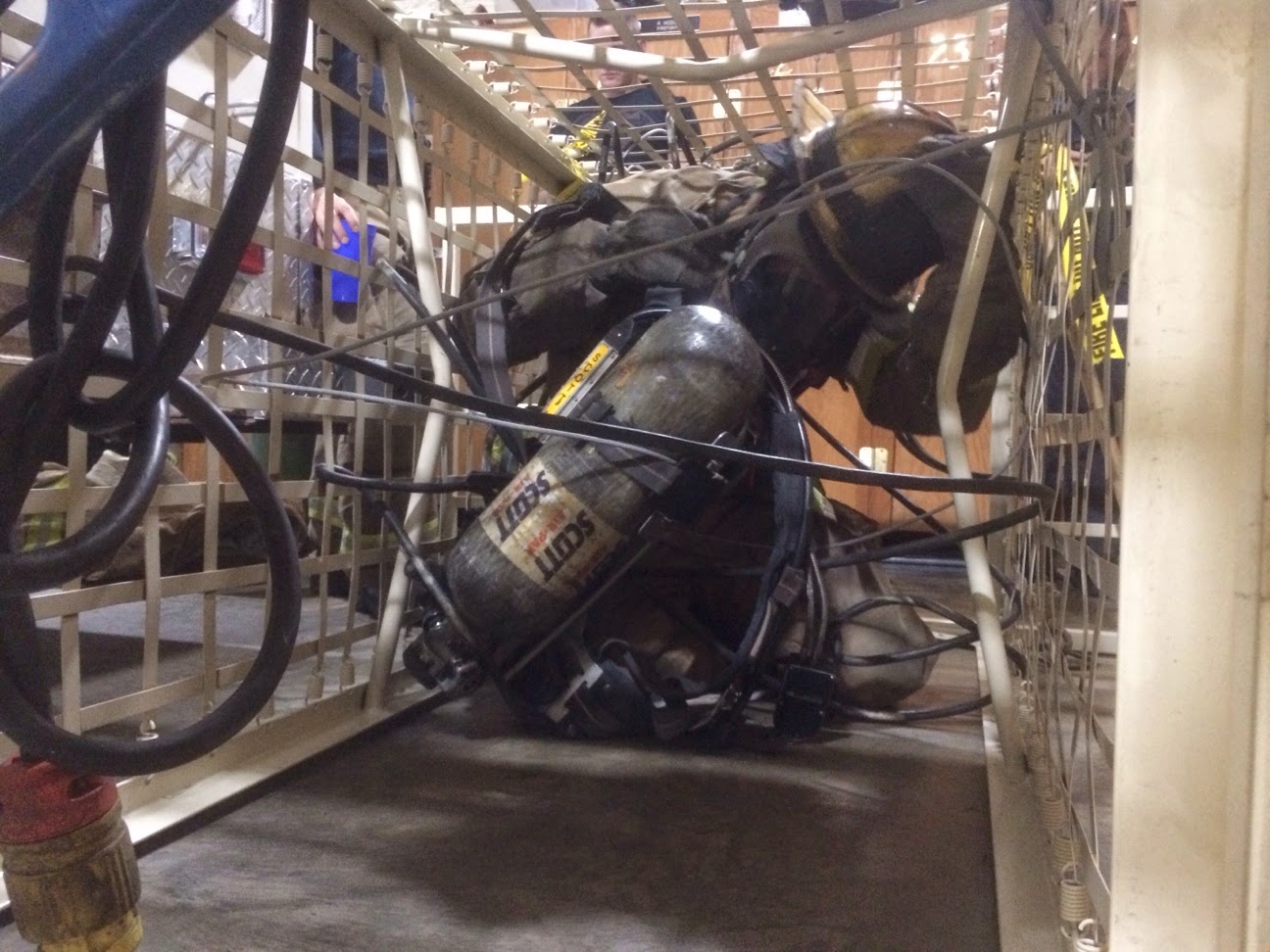 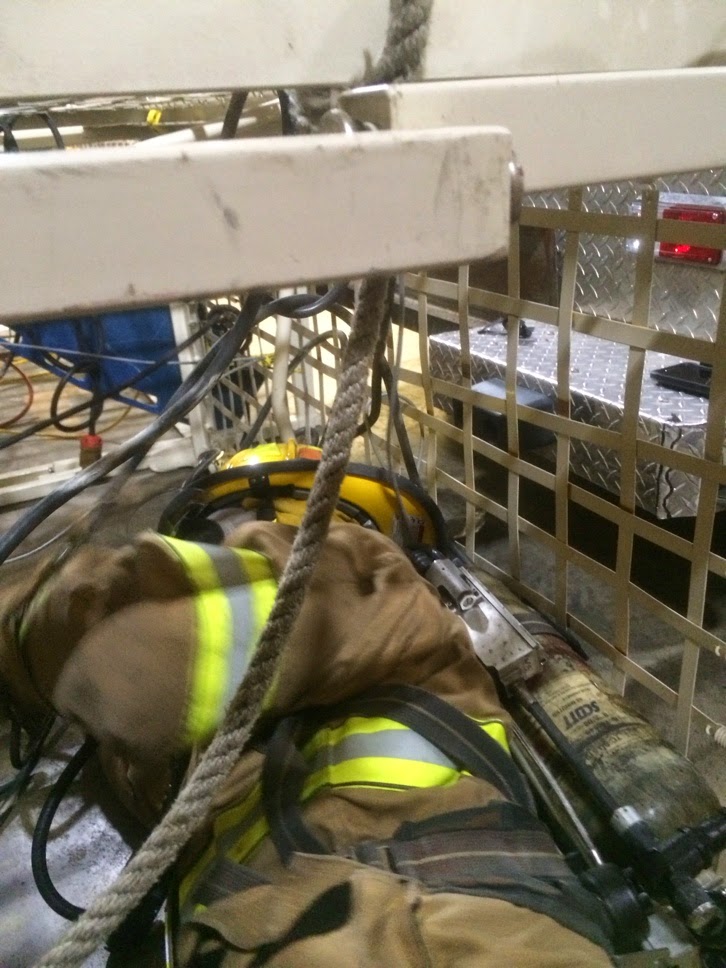