One positive outcome of the large fire involving multiple buildings under construction fire in Lanham on Wednesday, May 2, was that there were no civilian or firefighter injuries.  The Fire/EMS Department recently became aware there was another positive and uplifting story about 2 Eastern Box Turtles.

The building fire at the Glenn Dale Crossing community was large with burning embers flying hundreds of yards and igniting brush fires.  One of these brush fires was rather large encompassing nearly 3 acres.

One of the many agencies assisting the department battling the brush fires were Park Rangers from Maryland National Capital Park and Planning Commission (MNCPPC).  One of their personnel, Ranger Michael Ellis, arrived early into the incident and surveyed the woods and brush ahead of the fast moving fire.  During his survey he located 2 Eastern Box Turtles that were located in the direct path of the fire.

These turtles are known to live for dozens of years and live out their lives in a relatively small territory.  The turtles certainly would have perished if not for the actions of Ranger Ellis.  “I managed to move two turtles to safety before the flames engulfed the forest at the end of Aerospace Road and Forbes Boulevard,” said Ellis.  “Hopefully no people or creatures were harmed in yesterday’s massively destructive fire!”

The large brush fire was contained and extinguished within about 3 hours.  The cause was burning embers from the buildings under construction on fire. 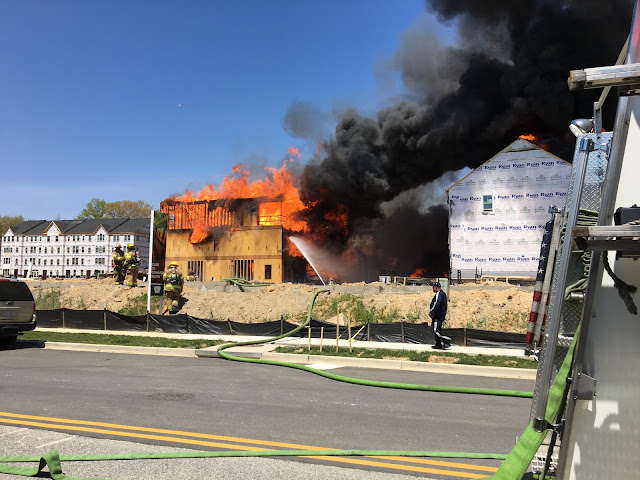 The cause of the original building fire remains “undetermined.”  Preliminary investigation indicates a possible accidental cause of the fire.  Fire loss was estimated at $8.9 million. 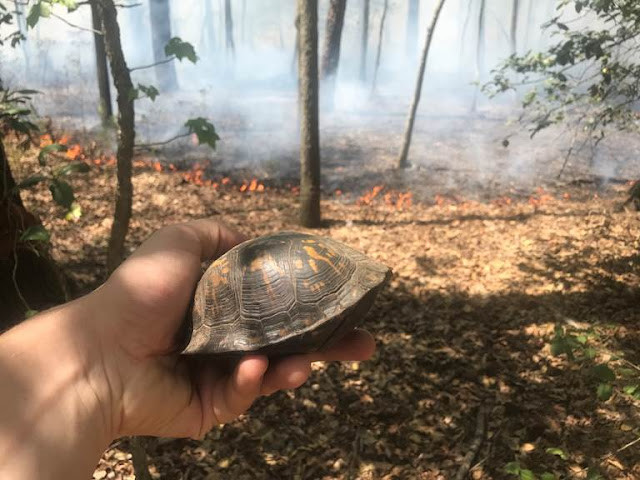