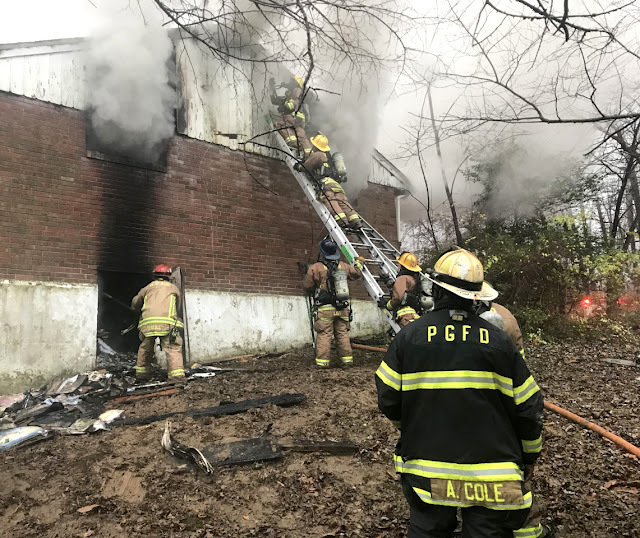 At 7:36 am, units from Montgomery County Fire and Rescue Service arrived on scene and found smoke and fire showing from a one-story single-family home with a basement and the first floor partially collapsed into the basement. Units entered the basement at the back of the house and began an interior attack on the fire. Smoke and fire, due to excessive storage conditions throughout the home, and the partially collapsed first floor, severely hampered fire suppression efforts. At 7:55 am, evacuation tones were sounded and all crews were ordered to exit the home as the first floor was close to total collapse. Crews continued to battle the fire in the basement from the exterior of the building and kept the fire from spreading in the attic.

At 10:51 am, the crew from Prince George's County Fire/EMS Department Truck 831 located the body of 78-year-old George Edward Kowalski of the same address.

In the course of extinguishing the fire, a total of three Prince George's County Fire/EMS personnel were transported to area hospitals for evaluation and discharged later that afternoon.