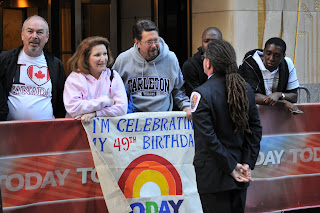 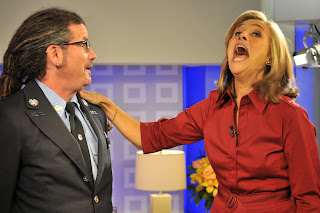 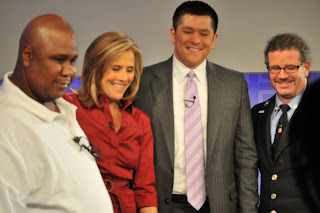 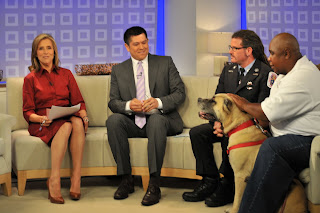 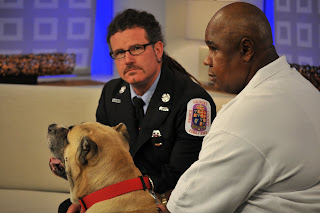 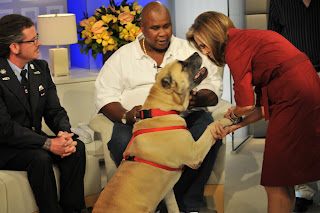 The rescue efforts of the Prince George’s County Fire/Emergency Medical Services Department were on national display. Producers from the NBC’s TODAY Show contacted the Fire/EMS Department on Monday, August 31, 2009, about the possibility of being part of the morning show the next day in New York City. After gaining approval from Fire Chief Eugene Jones, arrangements were made by NBC for Fire Fighter Travis Lambert and the Department’s Public Information Officer Mark Brady to travel to New York that evening.

The rescue involved a confined space rescue of a 140 lb. dog from a 30-foot deep backyard well on Friday, August 28, 2009. The rescued dog, Kujo, and owner, Daniel Ellis, all appeared on the TODAY Show on Tuesday, September 1, 2009. The video is below.

After the live broadcast Fire Fighter Lambert, Kujo and Daniel Ellis went out into the courtyard and greeted many of the visitors to the show.

Visit msnbc.com for Breaking News, World News, and News about the Economy

Posted by PGFD at 10:48 PM No comments: Links to this post