Prince George’s County Firefighter/Medics remained focused on their assignment early Friday morning, July 20, 2012, despite thinking of the tragedy that occurred earlier that morning.  Details about the mass casualty shooting incident in Aurora, Colorado were still emerging as the Prince George’s County, Maryland, Fire/Emergency Medical Services (EMS) Department prepared for a previously scheduled drill that would test their skills in dealing with casualties of an “active shooter.”

The multi-agency training drill was set up weeks ago and would involve a mock scenario of heavily armed suspects entering a County high school with the intent of injuring and killing as many people inside as possible.  In addition to the Fire/EMS Department, participants included the County Public School Security, Police, Office of the Sheriff and Public Safety Communications.

Firefighter/Medics started to gather in the Upper Marlboro staging area as early as 7:30 am with the Aurora movie theater shooting being a main topic of discussion.  Some firefighter/medics felt eerie that the very morning of a tragic incident involving an active shooter at a movie theater in Aurora that Prince George’s County public safety personnel would be conducting a similar mock scenario.  Firefighters and Paramedics spoke about what their counterparts in Aurora must have had to deal with that morning in handling over 70 innocent civilians hit with gunfire sustaining a variety of injuries from fatal to critical to minor.  Personnel used their thoughts about the mornings tragedy in preparation and motivation for what they would be faced with later that day; as many as 50 high school students causalities, role played by County Police recruits, that needed their attention in dealing with injuries and transportation to appropriate medical facilities.  Injuries ranged from fatal to critical to minor.  Mass casualty skills including triage, treatment and transportation of the injured would be tested as well as the capabilities of the Departments Bomb Squad that was called in to render safe explosive devices left behind by the shooters.

As the morning wore on and our Law Enforcement partners handled the situation at the high school while injured students were ushered over to the triage area in an adjacent elementary school where firefighter/medics had set up a triage and treatment area.  The injured were transported out of the treatment area based on the severity of injury.

As police controlled the mock suspects, the Fire/EMS Department Bomb Squad was called into the high school to render safe explosive devices planted inside the school.  All devices were disrupted and rendered safe, another similar circumstance ongoing at the Aurora apartment of the shooting suspect.

Overall the mock “active shooter” drill proved to be a success for personnel of the Fire/EMS Department that honed skills in a multi-agency incident command system, inter-operability with other members of public safety, mass-casualty incident scenario and Bomb Squad operations.

Battalion Chief Denise Dickens was the Fire/EMS Department incident commander and experienced first hand the stress of working such an incident.  “Even though this was a controlled situation, as an incident commander, you still need to make the right decisions and use your available resources in the most efficient manner possible,” stated Dickens.  “I am extremely satisfied with the actions of our Department including the 40 firefighter/medics and the personnel from our bomb squad.  I am confident in our ability to respond to these type of incidents.”

Prince George’s County Fire Chief Marc Bashoor said, “I believe the tragic news from Colorado actually created a greater focus on the days exercise for all the personnel involved.  Our citizens, businesses and visitors should know that we have highly dedicated and trained personnel capable of dealing with any incident that we may face.  Fridays exercise was just one demonstration of our commitment to train and provide the very best in fire and emergency medical services.” 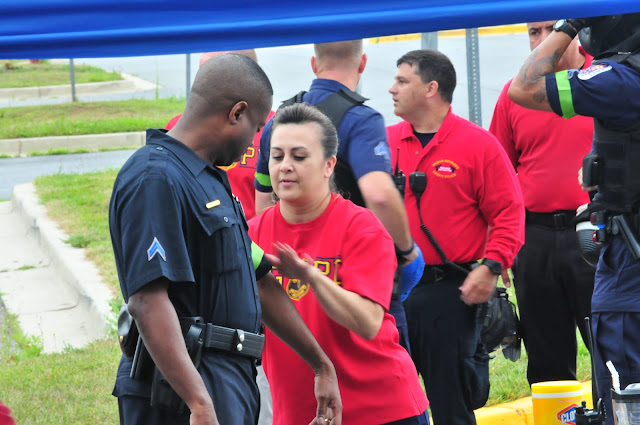 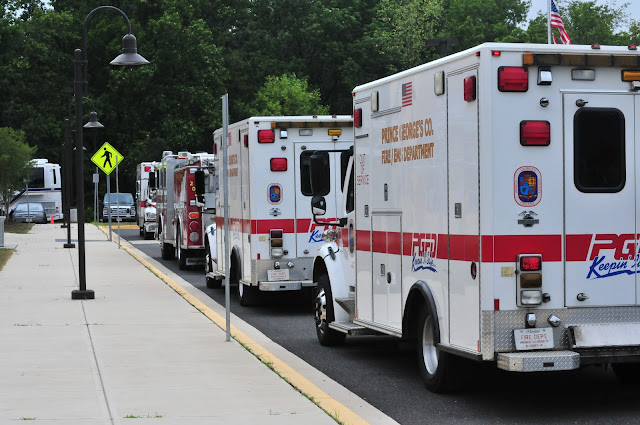 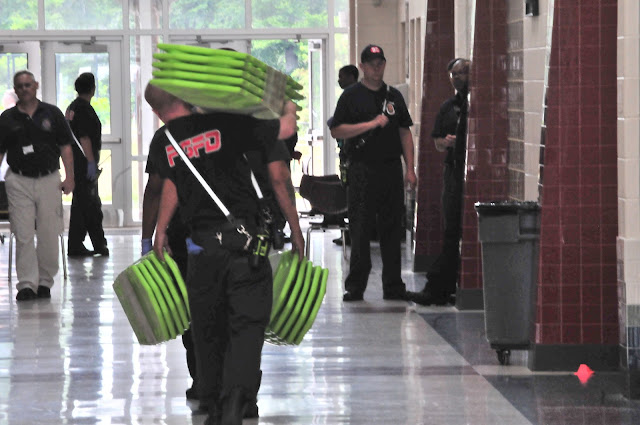 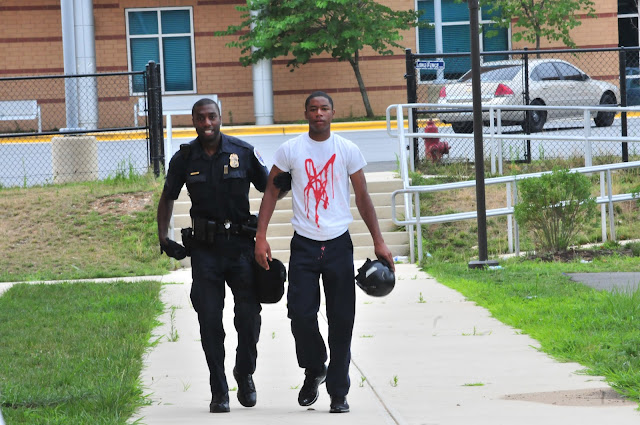 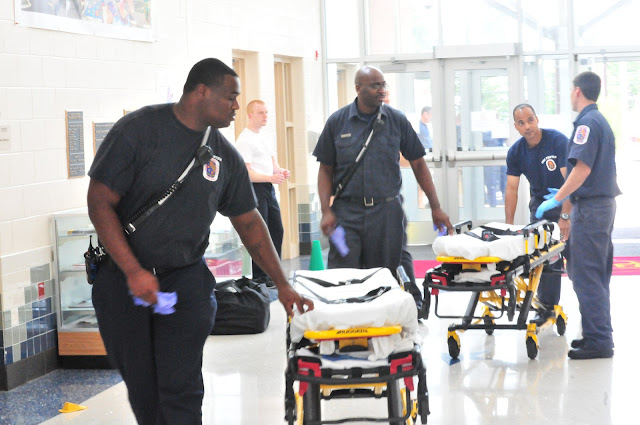 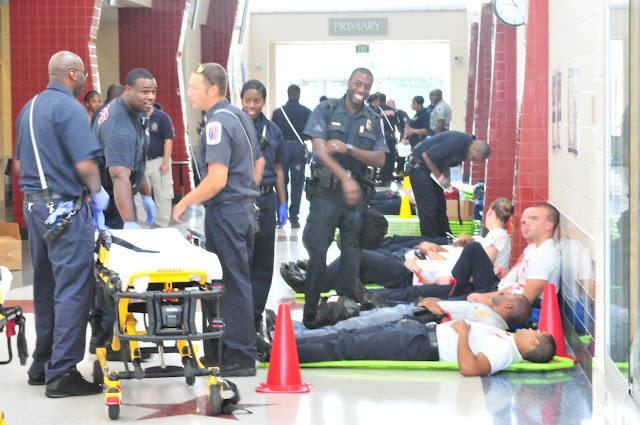 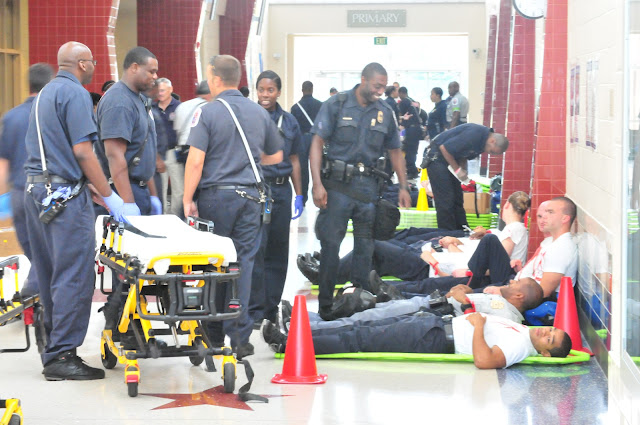 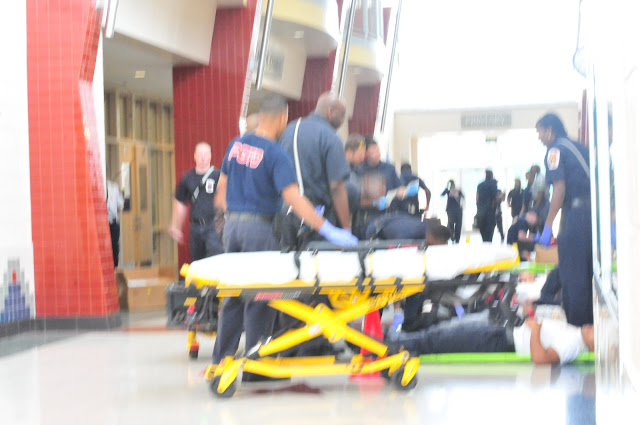 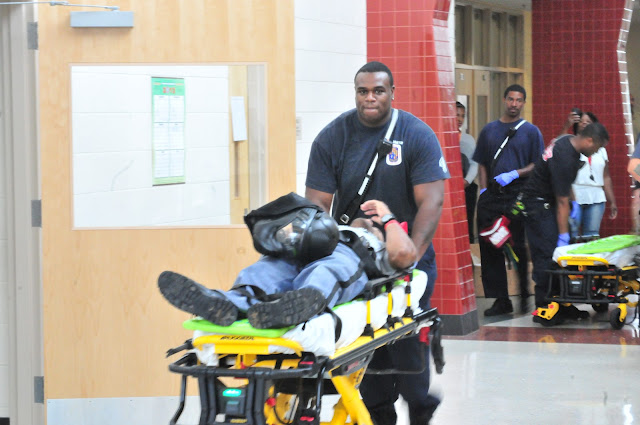 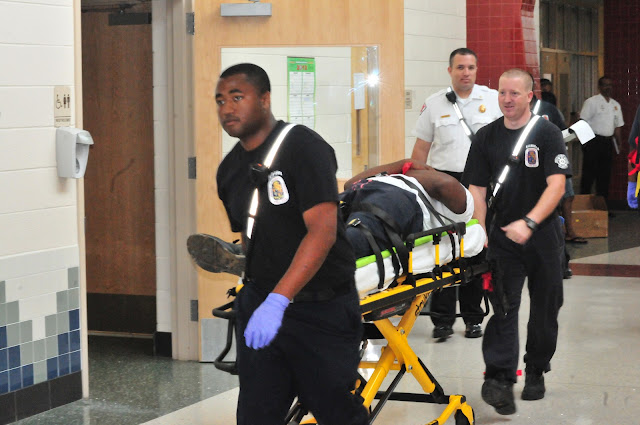 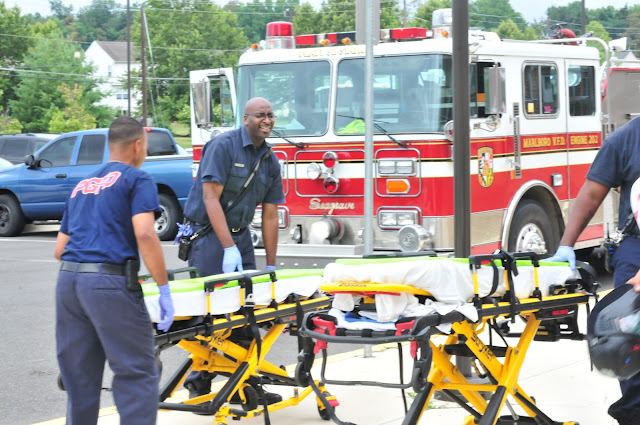 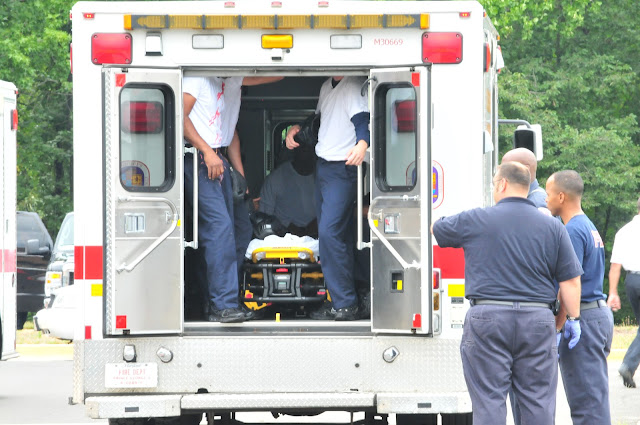 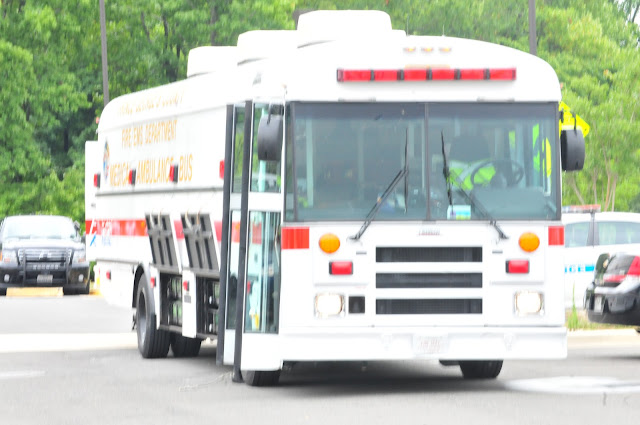 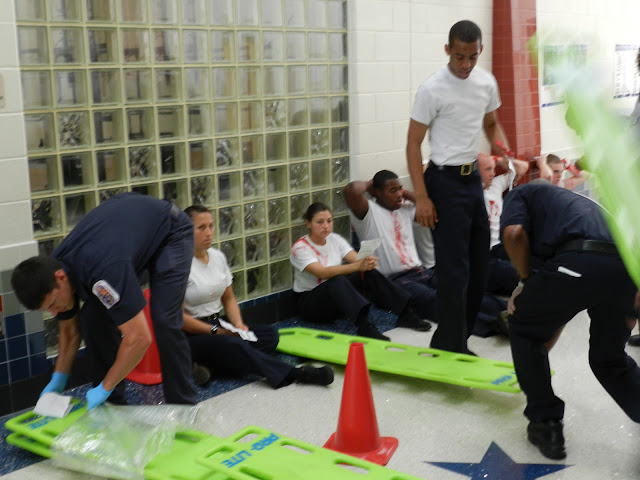 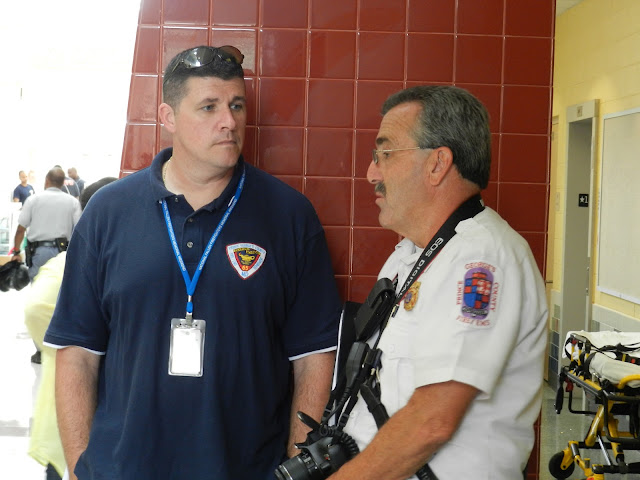 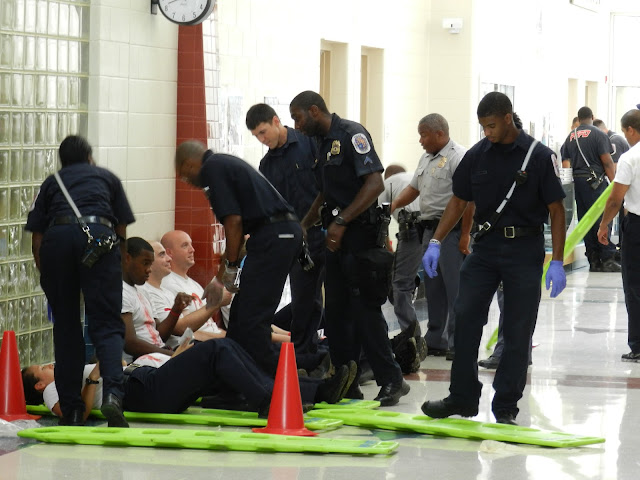 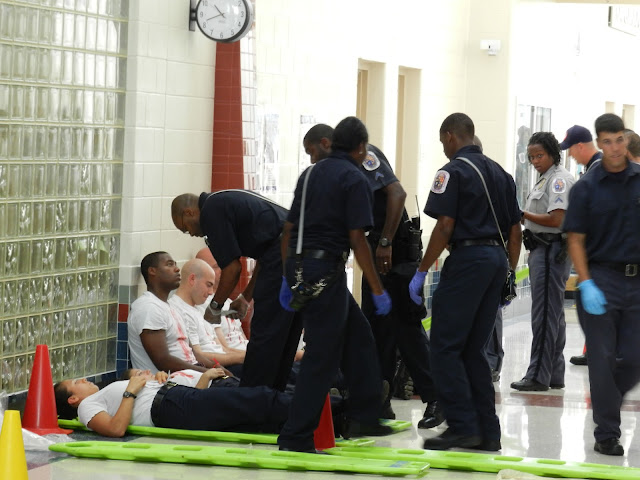 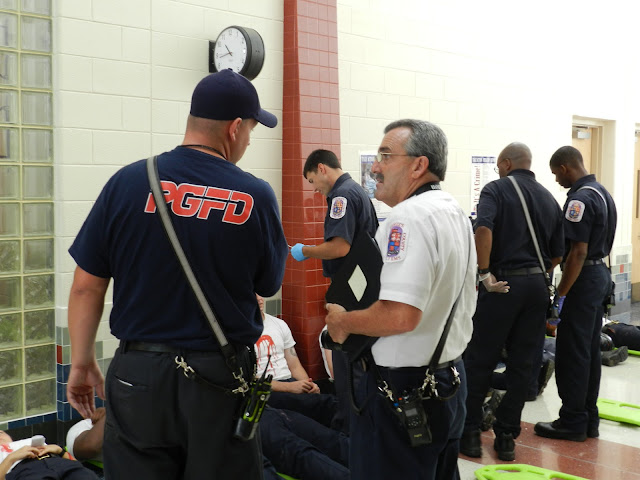 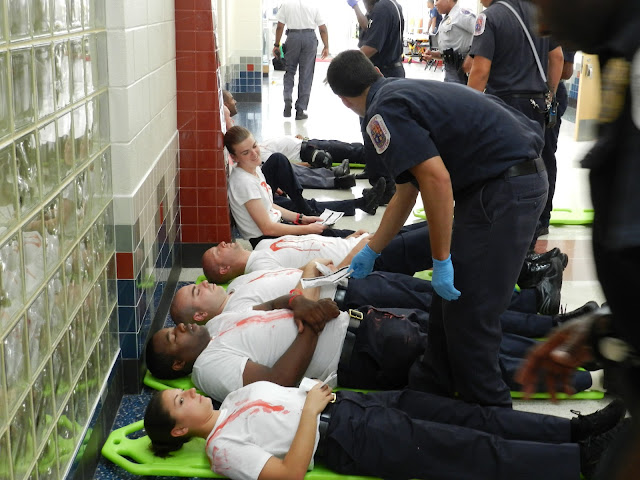 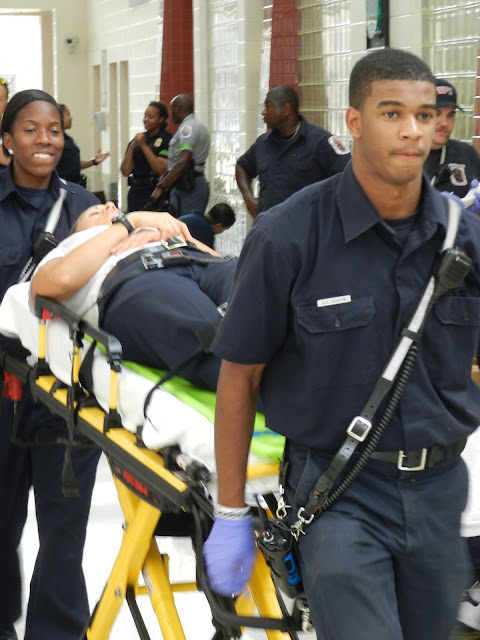 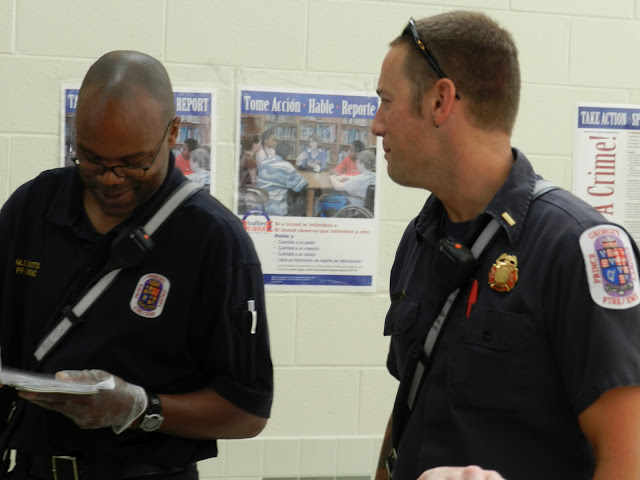 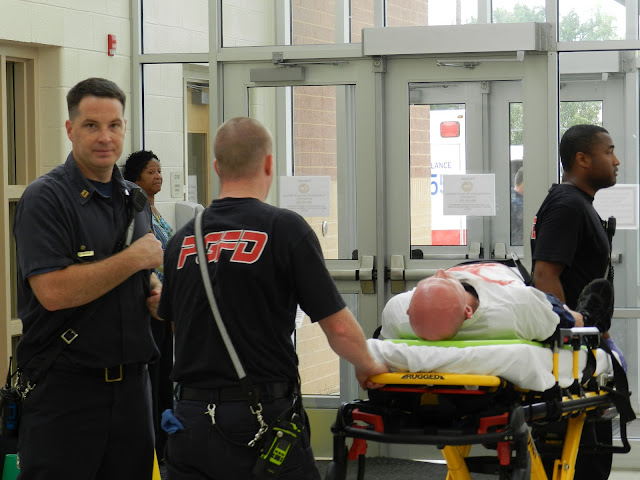 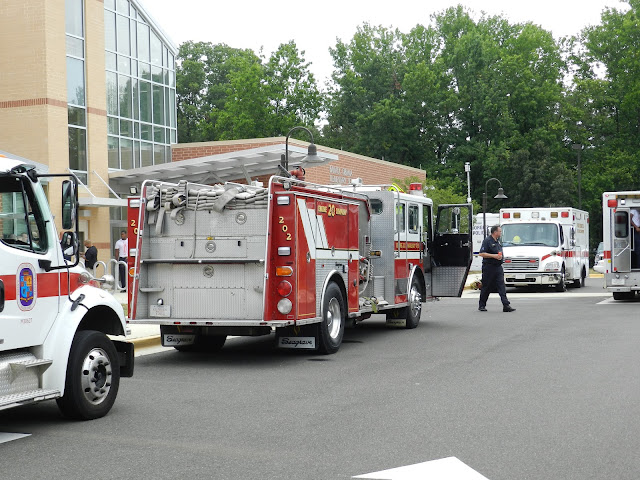 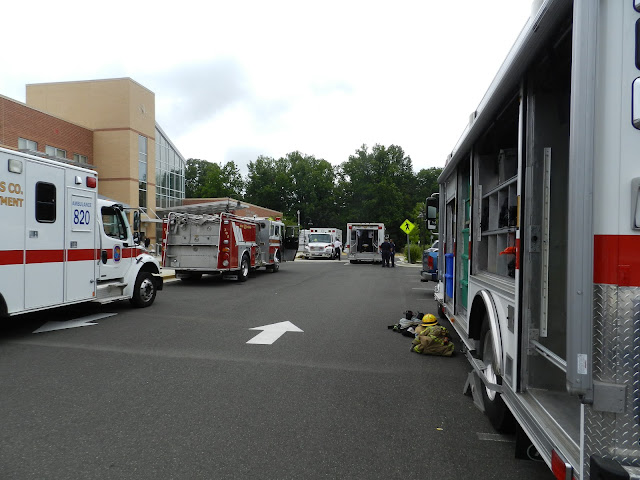 Posted by PGFD at 2:05 PM No comments: Links to this post