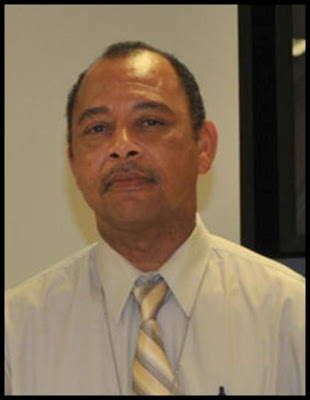 The Fire/Emergency Medical Services Department has suffered a loss with the passing of employee Ricky X. Norris. Rick Norris, 50 years of age, passed away on Wednesday, February 3, 2010. His immediate supervisor, Harvey Powell stated, “Rick was a friend and co-worker and his service here in Prince Georges County was commendable; as he worked passionately to safeguard our community through his work efforts as a Fire Inspector.” He was employed as a Fire Inspector in the Office of the Fire Marshal’s Code Enforcement Office since June of 2002. He began his employment for Prince Georges County on November 23, 1987, taking a position in the Department of Environmental Resources and later transferring to the Fire/EMS Code Enforcement Office where he remained. He served our Country as an Air Force Reservist until 2008 retiring in good standing.

Fire Chief Eugene A. Jones said, “I was saddened to hear of Fire Inspector Rick Norris passing. His work ethic and service to the citizens and residents of Prince George’s County will be sorely missed. Our thoughts and prayers are with the Norris family and Ricky’s co-workers as we all mourn his passing.” Rick Norris leaves behind a lovely wife and a host of family members.
The funeral arrangements are as follows:
Viewing & Funeral Services:
Tuesday, February 16, 2010
9:00 a.m. to 11:00 a.m. – Viewing
11:00 a.m. – Funeral Service
First Baptist Church of Highland Park
6801 Sheriff Road
Landover, Maryland 20785
301-773-6655
Interment:
Tuesday, February 16, 2010
2:00 p.m.
Cheltenham Veteran’s Cemetery
11301 Crain Highway
Cheltenham, Maryland 20623
301-372-6398
Repast:
Tuesday, February 16, 2010
Approximately 3:00 p.m. (immediately following the burial)
St. Joseph’s Parish
2020 St. Joseph’s Drive
Largo, Maryland 20774
Donations for the family are being accepted and would be greatly appreciated. If you would like to donate, please contact F/F Tisa Green, Inspector Cassandra Watkins, or Inspector Harvey Powell at 301-583-1830 or cell number 240-508-1263.
Posted by PGFD at 12:17 PM No comments: Links to this post