Fire Fighters and Paramedics face a new fight in the Maryland General Assembly this year. Two pieces of proposed legislation, one in the House of Delegates and the other in the State Senate, threaten to make it harder for our members who suffer from cancer to file a claim with the Workers Compensation Commission.

In 2012, the Maryland General Assembly passed the Fire Fighter Cancer Presumption Bill (House Bill 1101). This legislation amended Section 9-503 of the State of Maryland Workers Compensation law to add Brain Cancer, Breast Cancer, Testicular Cancer, Multiple Myeloma, and Non-Hodgkin's Lymphoma to the list of cancers that are presumed to be job-related and contracted in the course of duty as a fire fighter or paramedic. This law was slated to take effect on June 1, 2013.

In an attempt to stall this important legislation from taking effect, the Maryland Association of Counties (MACO) has solicited a number of elected officials to sponsor legislation that would delay implementation of these presumption protections for an additional two years. Within the last week, Senate Bill 681 and House Bill 1314 were filed and assigned Committee hearing dates. If enacted, these bills would halt the progress that we have made in helping ensure that our members who suffer from these cancers have the best treatment available and much needed financial assistance for their families.

Our lobbying efforts are in full swing to defeat this legislation. However, we also need your help. It is imperative that you contact your State Delegates and State Senator and also contact the co-sponsors of this legislation. We have provided direct contact information for the co-sponsors below. Please contact them by both phone and email to voice your opposition to Senate Bill 681 and House Bill 1314. If you do not receive a response, then contact the elected official again. The time for action is now. Please feel free to contact me with any questions or concerns.


Posted by PGFD at 8:51 PM No comments: Links to this post

The Prince George's County Fire/Emergency Medical Services Department commenced a Career Recruit School today for 18 of our future Firefighter/Medics.  Eighteen "experienced" Fire/EMS recruits and 3 members of the United States Coast Guard make up Career Recruit School #47.  The recruits hired for this class already have minimum training of Emergency Medical Technician (EMT) with some having Paramedic status.  The class is comprised of recruits with previous career and volunteer experience and members of commercial ambulances services.  Because the recruits already have EMT training the academy training will be completed within 3 months compared to a full academy class of 6 months.

Fire Chief Marc S. Bashoor and the Fire/EMS Department Command Staff were on hand at the Fire/EMS training Academy in Cheltenham to meet and address the recruits.  "Through the course of all actions, you are expected to bring honor to this job and honor to your life.  You will uphold the highest traditions of the Fire and EMS service.  You will learn to honor the wisdom of our industry innovators, whose new ideas and technologies forge our weapons and stoke the fires of evolution in the way we do business," stated Chief Bashoor.

In conclusion, Bashoor said, "Remember, all you are destined to receive during your time here at the Academy is a fundamental beginning in your quest for knowledge. Where that knowledge will eventually take you over the next twenty-plus years is unknown, however, I guarantee you that you will only be limited by your imagination and your willingness to achieve.  A journey of a thousand steps begins right now.  I encourage you, I urge you to make the most -- and the best -- of that journey.  If you learn nothing else today – remember, TRUST, HONOR, ETHICS."

The ability to hire the 18 recruit firefighter/medics was the result of a federally funded Staffing for Adequate Fire & Emergency Response (SAFER) grant program.   The Fire/EMS Department was awarded $2,589,516 to hire 18 new fire fighters under the SAFER Grant, which was created by Congress to help address the significant staffing, equipment, training and health and safety needs of fire departments. 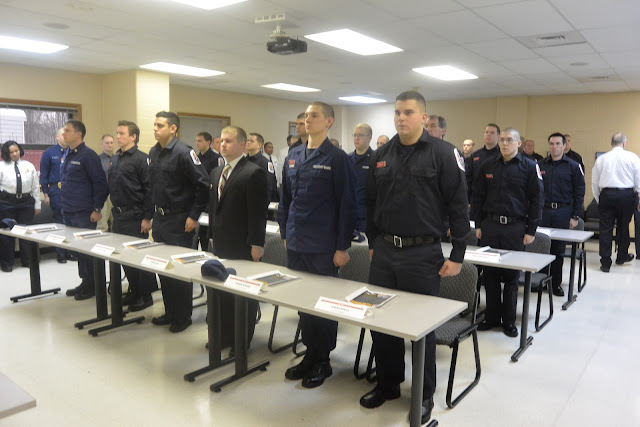 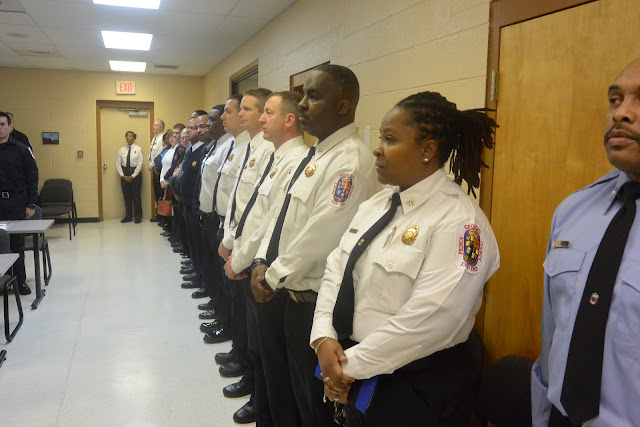 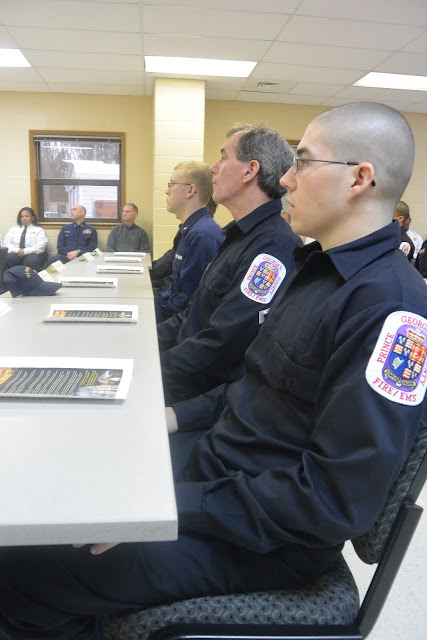 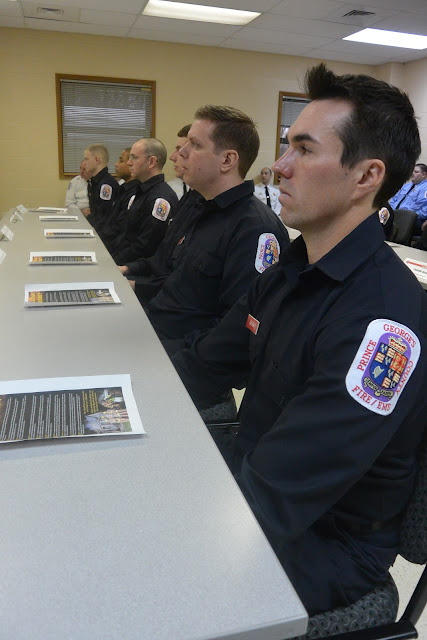 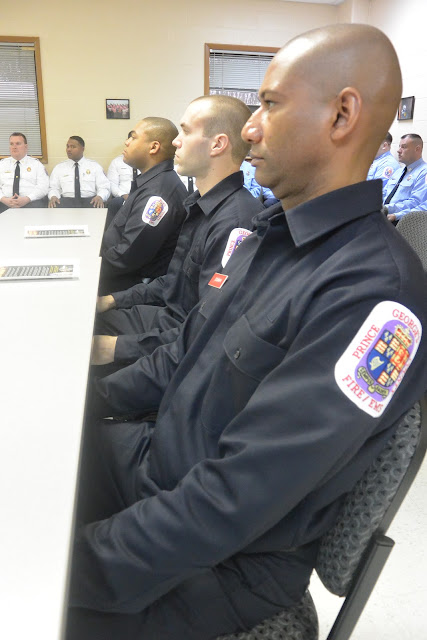 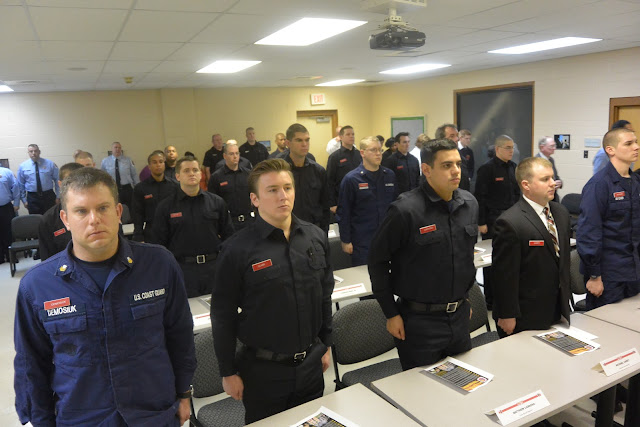 Posted by PGFD at 2:38 PM No comments: Links to this post

It is with deep regret that the Prince George's County Fire/Emergency Medical Services (EMS)  Department announces a tragic fire related death.  On Friday, February 8, Firefighters and Paramedics were alerted to a person suffering from burn injuries at his home in Temple Hills at around 2:30 pm.

Fire/EMS units arrived at the single family home in the 5900 block of Rayburn Drive to find that an adult male had sustained critical burn injuries over the majority of his body when his clothes were ignited after coming into contact with a "torpedo style" kerosene space heater.   The man was working on an automobile at the time of the incident.  A family member helped to extinguish the flames and sustained less serious burn injuries himself.

The critically injured adult male was transported to the Burn Unit at Medstar Washington Hospital Center where he succumbed to his injuries early Saturday morning, February 9.

The deceased is identified as:


A torpedo heater has a cylinder shape and is usually portable with two wheels and a carrying handle. It is a powerful space heater that can easily heat large spaces and often overpowers small areas. The heater is commonly used on construction sites and other outdoor areas. A torpedo heater is powered by electricity, kerosene or gas.

Posted by PGFD at 10:00 AM No comments: Links to this post