Firefighters in the Mount Rainier area of Prince George’s County fought a fire in a house where one firefighter was injured.  At around 3:00 am, Sunday, firefighters were alerted to a house on fire in the 4500 block of 32nd Street.  Fire/EMS units arrived to find a 2-story, Cape Cod style, single family home with heavy fire showing.

Firefighters advanced hose lines into the house and mounted an interior search and attack on the fire.  Due to the intensity of the fire and concern about extension to neighboring houses a precautionary Second Alarm was sounded.  As the additional Fire/EMS units were on the way the first arriving firefighters continued to aggressively battle the fire that was extending to all portions of the house.

Despite the efforts to extinguish the fire it continued to grow and intensify.  Searches for occupants were complete with negative results and there was concern of a collapse of the second floor it what was now determined to be an abandoned house.  Incident Commanders made a wise decision to evacuate all personnel.  Once outside, all firefighters were accounted for and defensive operations were established where extinguishment continued from the safety of the exterior.

All first alarm firefighters were ordered to a rehab area where they were evaluated by paramedics and rehydrated.  Firefighters from the second alarm were rotated into operations as first arriving firefighters went through the rehab process.

The bulk of the fire was knocked down within 60 minutes of arrival.  One firefighter sustained burns to a small area of his body.  He was transported to the Burn Unit at Medstar Washington Hospital Center where he was treated and released.  Fire Investigators continue to investigate the cause and origin of the fire.  The fire resulted in a total loss to the structure.

All photos are courtesy of PGFD 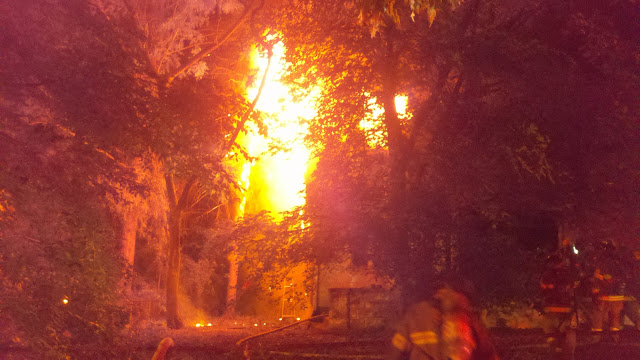 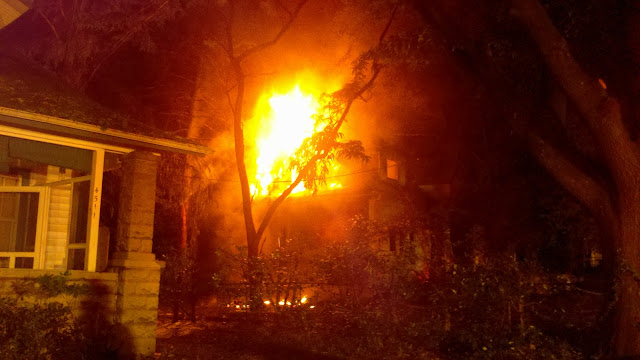 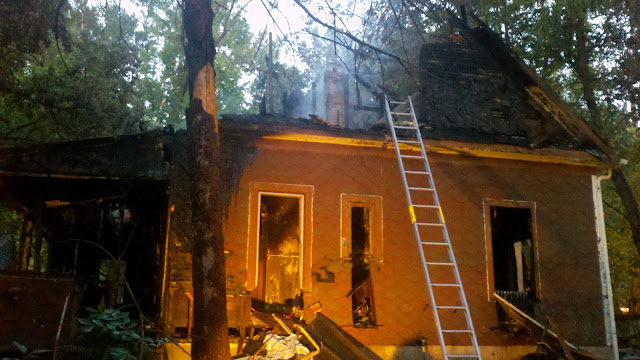 Posted by PGFD at 11:23 AM No comments: Links to this post