On the morning of January 17, 2016, Prince George’s County Firefighters rushed into a burning house at 3105 Bellbrook Court in Temple Hills.  Firefighters searched and located an adult female in the basement which appears to be the area of origin.  She was removed and provided to awaiting medics that treated and transported immediately to a Burn Unit.  She was in critical condition with burn injuries and smoke inhalation.  Officials from the Office of the Fire Marshal have listed this fire as under investigation as they await an opportunity to interview the victim.

The victim remains in the Burn Unit ICU and is intubated.  Her condition is stable and medical staff stated she is expected to recover.

Additional information will be provided when available.

Original PGFD Press release can be seen by clicking here.

Posted by PGFD at 1:16 PM No comments: Links to this post

On Wednesday, January 13, 2016, a fire occurred on the top floor of 9205 New Hampshire Avenue in Adelphi.  Media helicopter video captured the fire and 2 occupants being rescued by firefighters from the apartment adjacent to the apartment on fire.

Investigators from the Office of the Fire Marshal have concluded their investigation and the fire has been ruled accidental.  It appears an aerosol can of extremely flammable spray adhesive unexpectedly released a continuous stream of product.  The product came in contact with an open flame on the kitchen stove igniting a fire.  Both apartment occupants, a husband and wife, sustained burns from coming in contact with the product and resulting fire.

The flaming product ignited other combustibles in the apartment including furniture.  The victim’s son arrived home in the midst of this ordeal, called 911 and assisted in removing his parents out of the building.  Fire loss was estimated at $200,000.


The husband has since been released from the Burn Unit while his wife remains hospitalized.

Raw video of the fire and rescue can be seen by clicking here.  This video is provided courtesy of Brad Freitas  @News ChopperBrad


House Fire in Adelphi Maryland from NewsChopperBrad on Vimeo.

Original PGFD Press Release can be viewed by clicking here.


Pictures of the burned interior hallway. 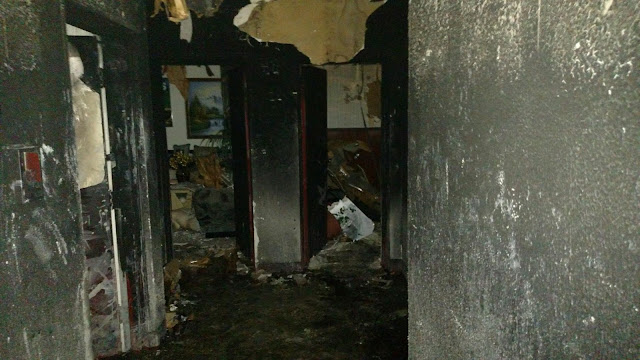 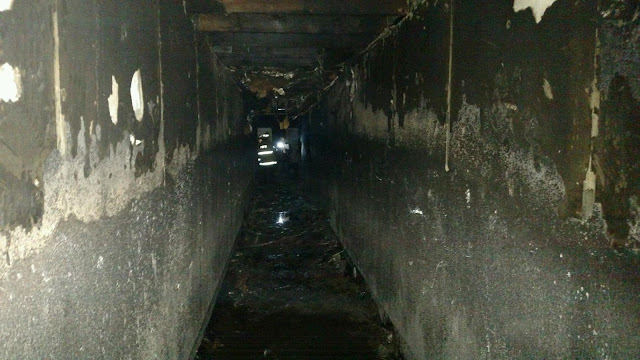 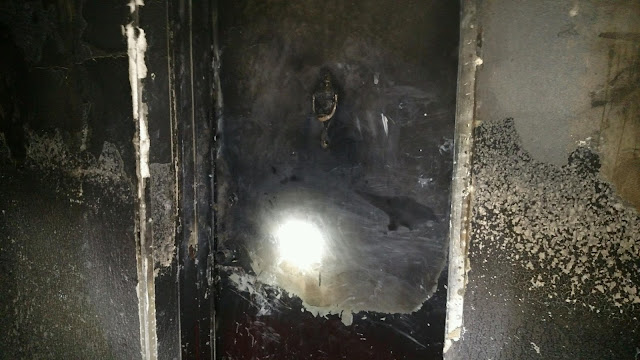