An opportunity to apply for the E953 NIMS ICS All-Hazards Position Specific, PIO, train-the-trainer class is currently open.  The weeklong class will be taught at the National Emergency Training Center (NETC) in Emmitsburg, Maryland, starting on March 14, 2016.  Pete Piringer, PIO for the Montgomery County, MD, Department of Fire and Rescue Services and myself will be the Instructors for this class.

All-Hazards Position Specific training should be completed by personnel who are currently members of IMT’s and/or by persons seeking credentials or certification for Incident Command System (ICS) command, general staff, or unit leader positions.  The primary goal of Position Specific train-the-trainer classes is to prepare the student to teach the class in the field as a member of a two-person team of instructors.  As such, student teaching is an integral part of the class and each student will be expected to teach a portion of the curriculum during the program.

Basic prerequisites for the class include:

Persons interested in applying should submit a completed FEMA application form 119-25-1 through their State Training Officers or (for Federal employees) their NIMS Compliance Officer to NETC Admissions. These classes generally do fill up, so I would suggest making application as quickly as possible to avoid being wait-listed. All students except Federal employees who attend resident classes at EMI are eligible for student stipend reimbursements. This program will reimburse students for their travel costs, as well as provide lodging on campus at no cost. Federal employees who wish to attend classes should request a Travel Authorization from their respective agency.

Images from a recent PIO Class in Columbia, South Carolina 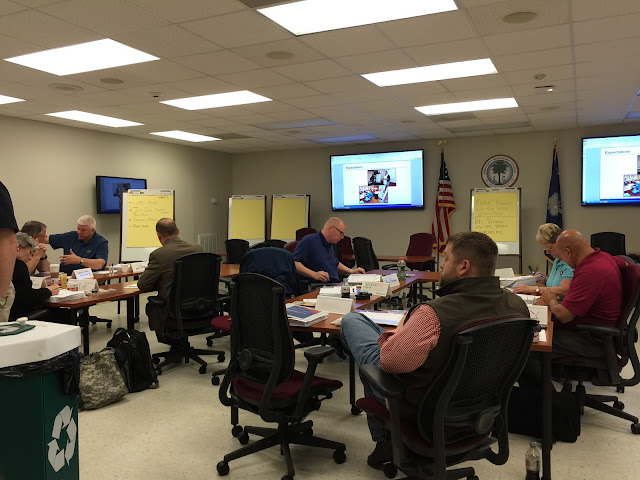 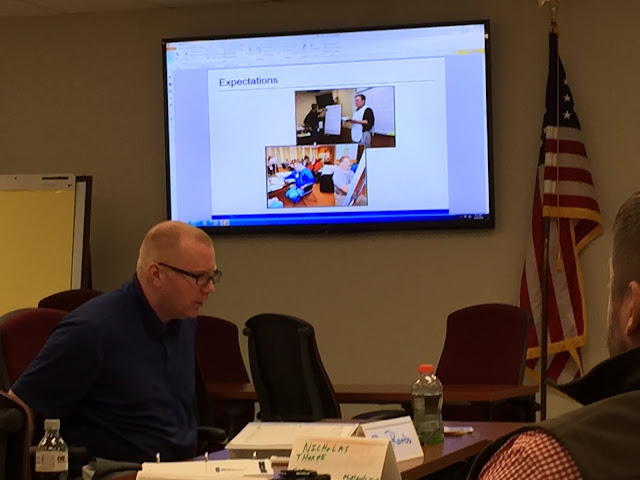 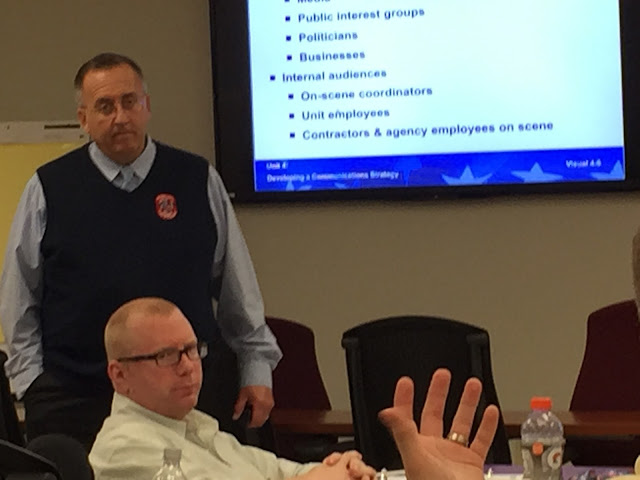 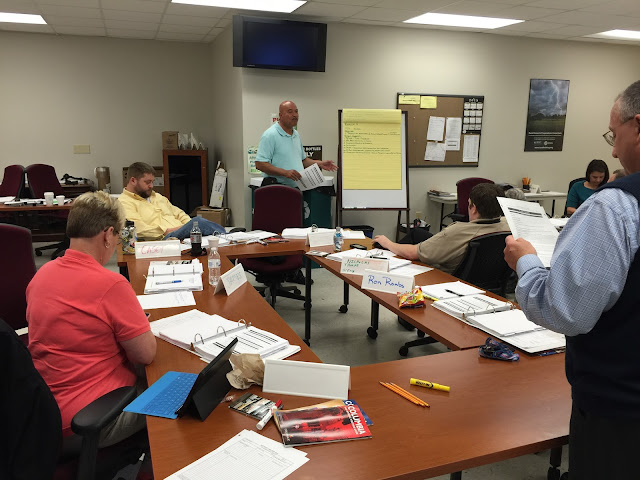 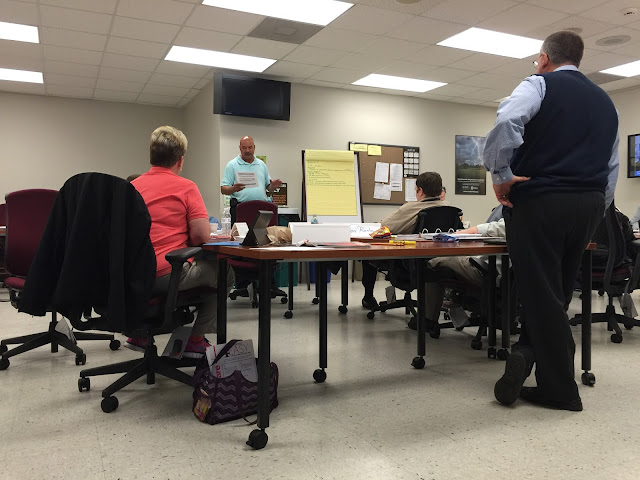 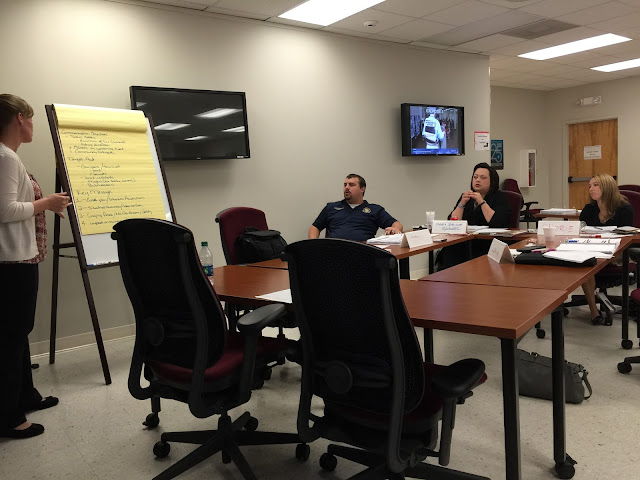 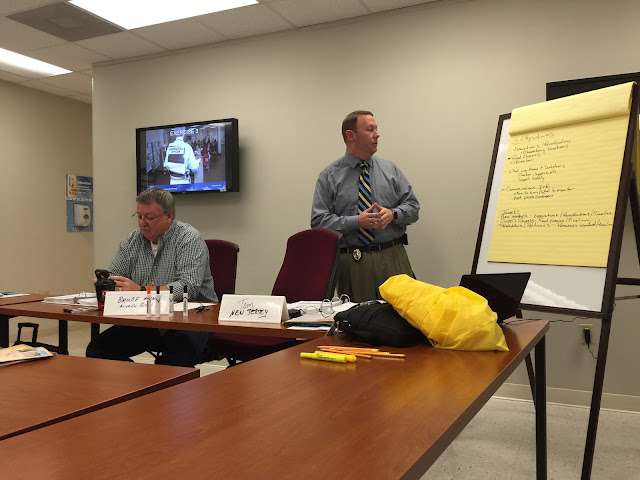 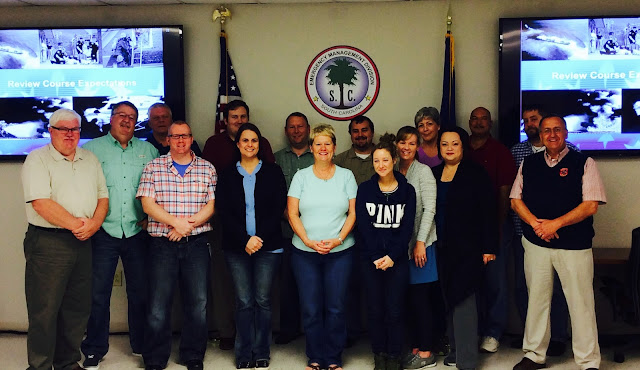 Posted by PGFD at 4:01 PM No comments: Links to this post

A Pet Owner is Thankful for Fire/EMS Actions 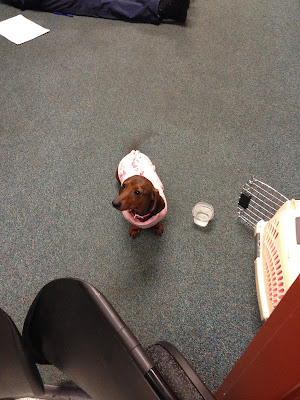 It doesn't have to a big event or large item that gives people a moment to pause and give thanks.  Often times people are thankful for the small acts of kindness demonstrated by complete strangers or the compassion shown towards something they love.  One such event occurred on Tuesday morning, November 24.  Prince George’s County Firefighter/Medics were alerted to a female experiencing a medical emergency while in a taxicab in the District Heights area.

Upon arrival, medics assessed the female patient and determined she needed additional evaluation and treatment at a hospital.  There was one tiny problem.  The problem was a small Dachshund by the name of “Dolly.”  This was one of the patient’s most valued and beloved possessions.  She considered declining medical attention if it meant leaving Dolly behind.  John L. Scruggs, The PGFD Emergency Medical Services on-duty Supervisor, who just happened to respond on this incident, intervened.

Scruggs promised that he and firefighter/medics at the District Heights Fire/EMS Station would take care of Dolly until a family member could make arrangements to come by the station and pick her up.

So it was that Dolly spent a better part of the day at the fire station.  It appears from the pictures that Dolly was well taken care of and received a considerable amount of attention.

Someone did stop by later in the day and retrieved Dolly.  We wish our patient well and a speedy recovery.  The District Heights personnel said to bring Dolly by for a visit every so often.

Giving thanks for the small actions that make a big difference in someone’s life.

On behalf of the entire Prince George’s County Fire/EMS Department we wish everyone a Happy and Safe Thanksgiving.

Images are courtesy of PGFD. 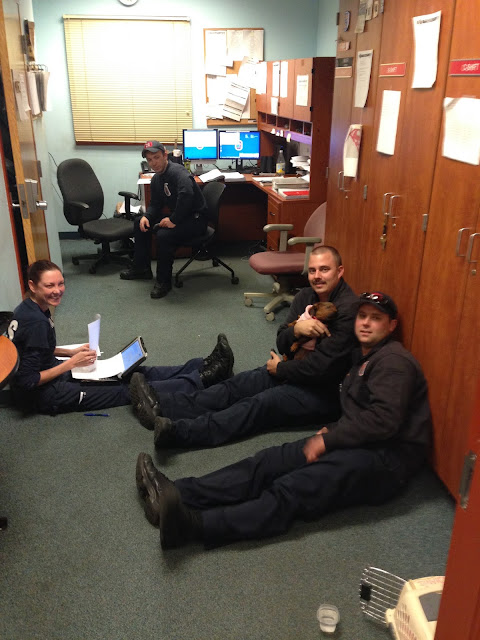 Posted by PGFD at 12:27 PM No comments: Links to this post