A Fort Washington resident removed by firefighters from her burning home has died.  At around 8:20 pm, Thursday, October 4th, firefighters arrived at a 1-story single family home at 9000 Old Palmer Road with smoke showing.

Firefighters located an unconscious female just inside the front door and removed her to awaiting medics outside.  Medics assessed her condition as having no pulse and not breathing and immediately started attempts to save her life.  Medics were able to regain a pulse, however, the patient remained in critical condition at a nearby hospital.  Tragically, despite the very best efforts of firefighters, medics and hospital staff the patient died on Friday, October 5th.  The victim, also listed as the homeowner, has been identified as Eka Usoro, DOB 3/23/1953.

The fire was located and extinguished.  The cause of the fire remains under investigation.  Fire loss is estimated at $75,000.  Firefighters initially believed the occupant was alerted by a working smoke alarm, however, fire investigators determined there were no working smoking alarms in the house.

Furthermore, Prince George’s County Fire Chief Benjamin M. Barksdale expressed his concern and frustration about the use of double cylinder deadbolts that require a key to unlock from both sides of the door.  The victim from Old Palmer Road was found by the front door with a key to the deadbolt in her hands.  “No one should ever have to use a key to get out of their house,” said Barksdale.  “This is the third fire this year resulting in 4 deaths of home occupants where these double cylinder deadbolts were present and possibly hampered their egress.”  In all 3 incidents (highlighted in red on list below) the victims were found either at or near the front or rear doors with double cylinder deadbolts.  The Crelin Place and Old Palmer Road incidents; the victims had keys to the deadbolt lock in their hands.

The Old Palmer Road incident is the 11th residential fire fatality this year with an accidental or undetermined cause.:

The Prince George’s County Fire/EMS Department does not support the use of double cylinder deadbolts and strongly recommend that residents replace the deadbolts with ones that can be operated without a key. 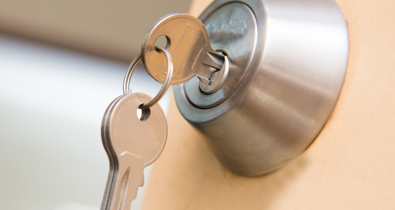 We also remind all homeowners, citizens, residents and businesses, by law, you are required to install 10-year smoke alarms.  A 10-year smoke alarm is required on every levels of your home, primarily just outside of sleeping areas.  All of your alarms should be tested at least once-a-month.  We recommend using the Safety 1st Day of Every Month to perform this task.

The Fire/EMS Department strongly recommends installing 10-year smoke alarms in every bedroom and to sleep with your bedroom door closed. An escape plan to exit your home should be planned and practiced.  Your plan should include 2 ways out of every room in your house.

Prince Georges County law also requires the installation of carbon monoxide (CO) detectors on every level of your home if you have a gas service for appliances, a fireplace and/or an attached garage.

An updated Maryland smoke alarm law went into effect on October 1, 2018 requiring that all commercial establishments selling smoke alarms only offer the 10-year model.  The goal is to eliminate all 9-volt battery smoke alarms for sale and use in the home.  A non-working smoke alarm was found inside the home on Old Palmer Road with a dead battery.

Posted by PGFD at 11:05 AM No comments: Links to this post