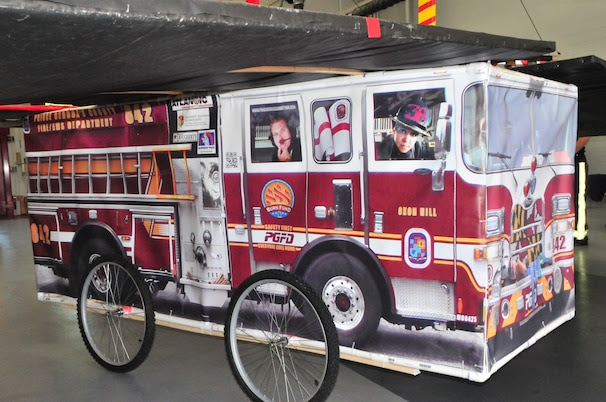 A team of Prince George’s fire fighters is planning to launch one of the county’s newest fire trucks into the air and watch it sink into the National Harbor — or at least a model of it anyway.
Five fire fighters stationed in Bowie have spent three months building a flying machine for the National Red Bull Flugtag, which takes place in five locations across the country, including Maryland, this Saturday. Flugtag participants launch their homemade flying machines off a 30-foot ramp over a body of water. Judges then rate the flights for distance, creativity and showmanship. 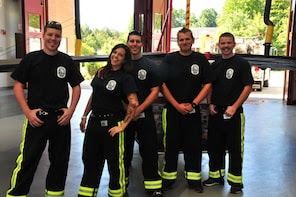 
Cobbled together with bicycle wheels, hazmat tent material, staples, PVC pipe and wood, team pilot George Raburn hopes the model Prince George’s fire engine with wings will fly at least 30 feet.
“I’m pretty confident it will fly,” said Raburn, who got the idea to participate in the event after seeing someone mention the Flugtag on Facebook.
The flying machine the fire fighters built is a replica of the engine that would respond to an emergency at the National Harbor. It has a 28-feet wingspan and is 10-feet high.
Raburn said there has been no way to test whether or not the machine will work, but he and other team members conferred with engineers and others consider the aerodynamics of the device.
As the pilot, Raburn will have a helmet and a life vest to protect him during the flight.
“The rest is up to gravity and Jesus,” he said.
Other members of Raburn’s flugtag team include fire fighters Kevin Hodges, Chris Hodges, Matt Yarish and Katie Johnson.
Prince George’s fire spokesman Mark Brady said the team has raised nearly $6,000 for a fund to support burn victims as it looked for money and sponsors to help build their flugtag craft.
The team from the fire department is expect to launch first from the National Harbor on Saturday, Brady said.
“We’re claiming the homefield advantage,” Brady said. 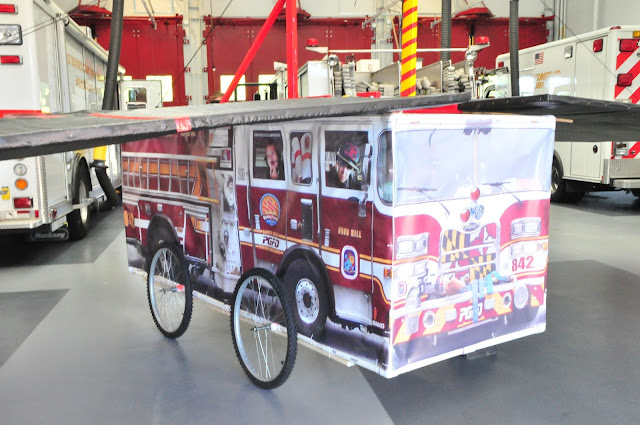 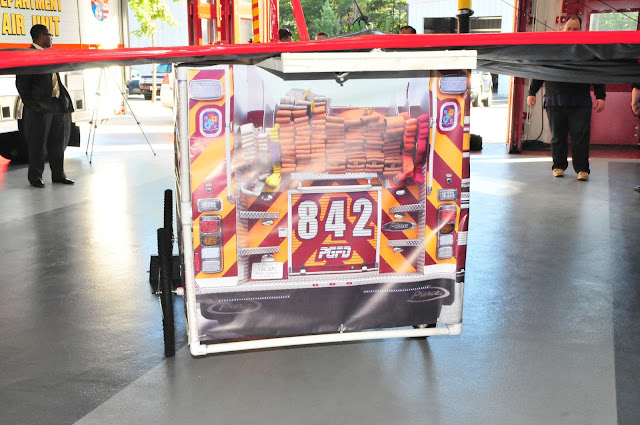 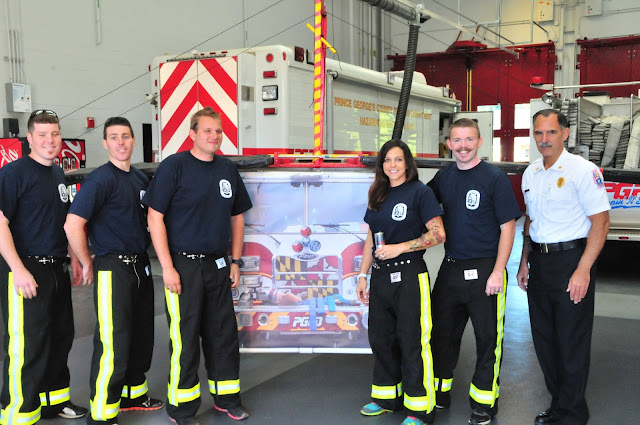 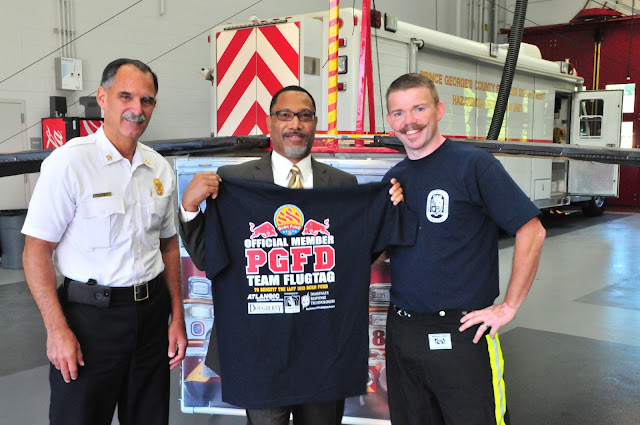 Posted by PGFD at 11:25 AM No comments: Links to this post