Just before 5:00 am, Saturday, March 23, firefighters from the District Heights area were alerted to a house fire in the 2400 block of Marbury Drive.  Fire/EMS units arrived on the scene and found a vacant 1-story single family home with heavy fire showing.  Firefighters initially made their way in to the structure but were soon removed to fight the fire from the safety of the exterior.  At one point, the entire homes interior was consumed with fire.  It required 40 minutes to extinguish the fire.

No injuries were reported with fire loss estimated at $150,000.  The cause of the fire is under investigation. 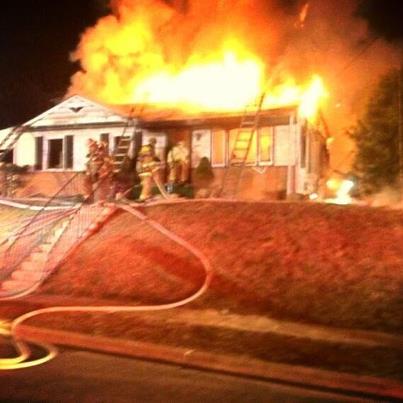 Posted by PGFD at 4:34 PM No comments: Links to this post