Another Powerful and Freaky Storm Rolls Through

Prince Georges County was besieged by another violent thunder storm this morning disrupting the morning commute, damaging structures and hundreds of reported power outages. The powerful storm had torrential rains and numerous cloud to ground lightening strikes. The storms entered the northern portion of the County around 7:00 am and then slowly moved to the south. Fire/EMS units received about 100 calls for services during the 90-minute duration of the storm.

Two houses had small fires ignite in interior walls after lightening strikes; both fires were small and quickly extinguished by firefighters. A large 1-story box-style warehouse building at 4949 Allentown Road in Camp Springs is a previous furniture store warehouse recently converted to a house of worship suffered a roof collapse after excessive rain water pooled on one area. The weight of accumulated water caused about a 50-foot wide collapse of the roof assembly into the main sanctuary. A multi-ton HVAC unit nearby the collapse area shifted and was leaning precariously close to the collapse area. The collapse damaged utility services including natural gas, electricity and water pipes. A day care center inside the large facility conducted an orderly evacuation and the 12 children and 4 adults were relocated to a nearby administrative area of the church. While natural gas and electrical power were quickly terminated, the flow of water from the broken pipes continued for an extended period of time and caused extensive flooding throughout the entire building. The building was declared uninhabitable and property managers were calling contractors to evaluate the damage.


Fortunately, there was no other significant property damage or injuries. 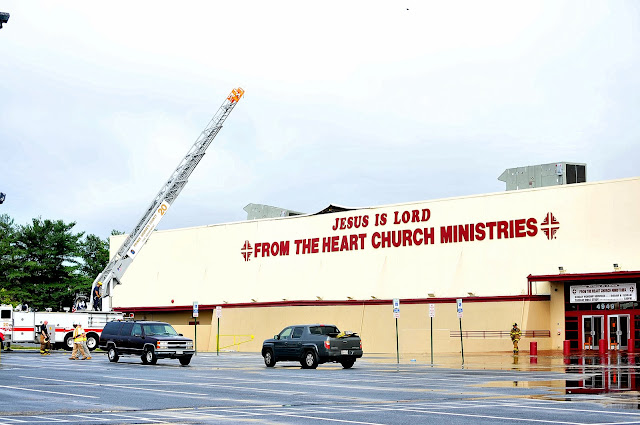 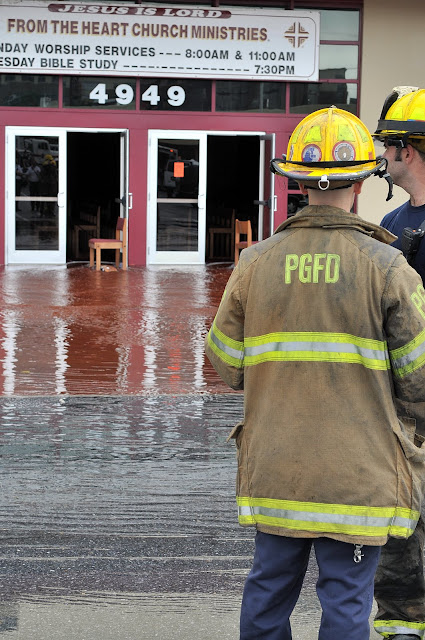 Posted by PGFD at 3:00 PM No comments: Links to this post