Just after 11:00 am, Friday, July 31, firefighters were alerted to a house fire in Landover.  Kentland Firefighters were the first to arrive at a 2-story duplex  in the 7200 block of East Forest Road and encountered fire showing from the first floor.

Crews mounted an interior attack and search of the structure finding no one inside.  The fire was knocked down within 15 minutes of arrival.  Three occupants were home when the fire started and escaped safely prior to the fire departments arrival.

The  accidential fire started in the kitchen and caused an estimated $50,000 in fire damage.  There were no civilian or firefighter injuries.  Three adult occupants are displaced and provided with assistance from the American Red Cross.

Photo of conditions on arrival courtesy of PGFD 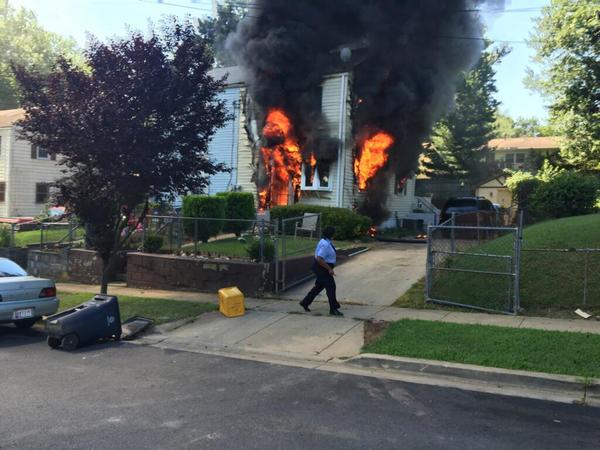 Posted by PGFD at 5:41 PM No comments: Links to this post

Media are reporting there is a plan to reduce services the current Laurel Regional Hospital provides to the community.

The Prince George’s County Fire/Emergency Medical Services (EMS) Department has, to date, not been made aware of this plan or provided a written copy and therefore not aware of its contents.

Once received the plan will be reviewed in its entirety.  The Fire/EMS Department will then determine what impact the plan will have on the EMS services we provide between the community and Laurel Regional Hospital.

The Fire/EMS Department will release a statement once our position has been determined, until then, we cannot comment on a plan we have not yet received. 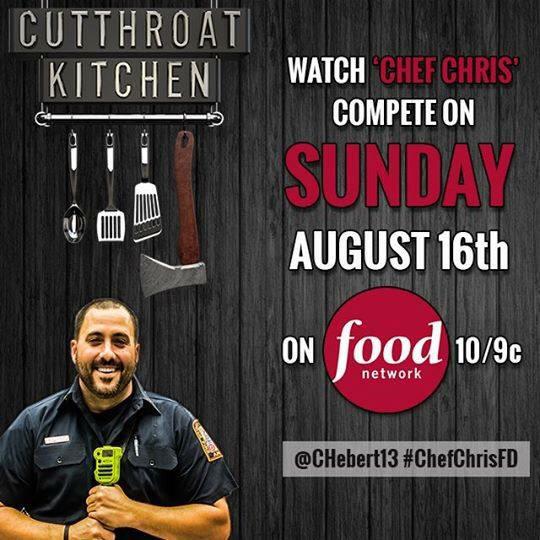 It seems every firehouse has at least one individual who really enjoys cooking for their shift partners.  Chris Hebert is that person.  He started his fire service career with the Hyattsville Volunteer Fire Department in Prince George’s County, Maryland.  Chris aspired to be a career firefighter and his dream would soon become reality with the District of Columbia Fire & EMS Department (DCFEMS).   As much as he loves being the shift chef, it can be bit challenging at times—especially when a bunch of very hungry people are ready to eat, and at just about the last few minutes before the food is done, an alert for service comes into the station.  Duty has called and off goes the stove, on goes the turnout gear, and out the door we go to potentially save a life, limb, or property.  Interestingly, it appears fire stations that have a good firefighting chef typically have a more cohesive crew.

Chris Hebert, a life member of the Hyattsville Volunteer Fire Department, has held various positions since joining in 1994, including driver, Sergeant, Lieutenant Captain, Board Member, and Treasurer.  Chris knew early on that he wanted to pursue firefighting as a profession and has spent a little more than the last fifteen years as a career firefighter in the DCFEMS.

Although Chris remains somewhat active in an administrative capacity of the volunteer department, the demands of a full time job, growing family, and numerous hobbies prevent him from riding the apparatus.  One of Chris’ hobbies happens to be cooking, and being a firehouse chef at DCFEMS Engine 13 over the years has given him plenty practice in the kitchen.  This hobby-turned-passion also recently landed him a spot on “Cutthroat Kitchen,” a top-rated Food Network show.

Chris and wife Jillyn have been married for 14 years and have two children, Kayla and Kamryn, ages 11 and 8.  The family shares a home in Croom, which they hope to return to upon repairing the damage caused by a lightning strike earlier this year.  Aside from his love for cooking, he enjoys home brewing beer, bike riding, running, and recently started woodworking.  He was about to start on a dining room table project when his home was hit by lightning.  In his “spare” time, Chris completed both the Marine Corps Half & Full Marathons and some other small events.

When asked about his home-based brewing, Chris stated, “I'm always in search of creating the best IPA ever...almost there!”

Chris will be competing on a Firefighter edition of Cutthroat Kitchen this coming August 16th, at 10:00 p.m.  I did my best to find out the results of the pre-taped show, but Chris remained loyal to his commitment that I would have to watch the episode to find out.  He described the show, saying, “Cutthroat Kitchen isn't a typical cooking competition.  In order to win, a player, in addition to being a good chef, must be able to outwit and, at times, sabotage their opponents.  Each episode features four people vying in three rounds to win up to $25,000 cash.  At the beginning, $100,000 is split evenly among the players to spend however they wish during the game.  The chefs purchase at auctions things that could help them—like buying exclusive use of salt, or hindering their opponents by prohibiting them from tasting a recipe in progress.  One chef is eliminated each round until there is a winner.  Although the competitors want to make purchases at auction to improve their chances of winning, they are cautious about overspending.  The ultimate prize is determined by the amount of money remaining in the winner's bank.  The show is hosted by Alton Brown, who also hosts Good Eats and many other Food Network shows.”

Upon questioning Chris about his future plans and aspirations, he replied, “I would certainly like to compete on other Food Network shows.  I’d really like to test my abilities on the "Next Food Network Star” or “Chopped”.  If the stars align, hosting my own cooking show that would bring together both of my passions, firefighting and cooking, would be awesome.  A lot of GREAT food is being prepared and shared in firehouse kitchens around the country and, more importantly, even better stories.  I would love the ability to highlight these amazing cooks in a uniquely fun and tasty way.”

For now, Chris Hebert will continue to fight fires and save lives in the District of Columbia, as well as work on developing and growing “First Arriving Network and Go Forward Media” along with his friend, business partner and fellow Hyattsville member Dave Iannone.  Oh yeah…and find that perfect IPA recipe.

Firefighting Chef Chris Herbert, we wish you the best of luck on Cutthroat Kitchen.  We will be watching August 16th, at 10:00 pm (EST) on the Food Network.  air date is subject to change.

A viewing party will be held with Chris, his family, friends and co-workers at a fire house themed restaurant in Silver Spring.  Members of the media are invited to attend. 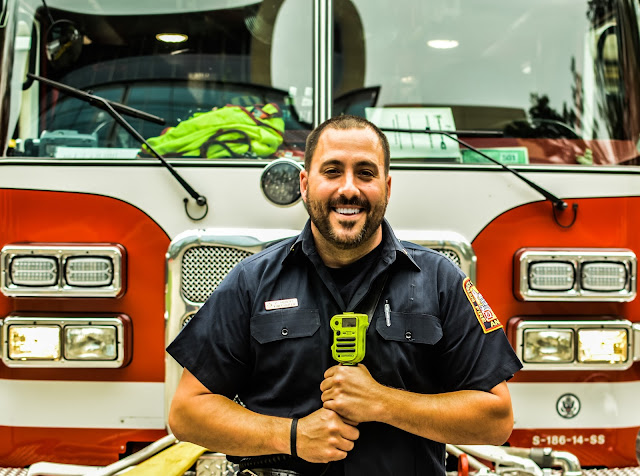 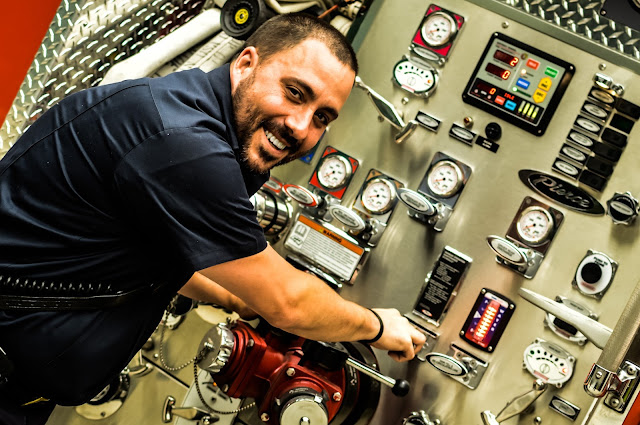 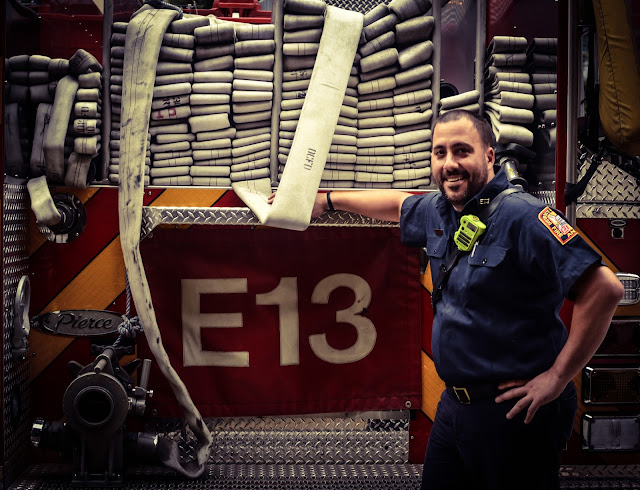 Posted by PGFD at 2:08 PM No comments: Links to this post