Woman Introduces Daughter to Firefighters and Paramedics that Saved Them 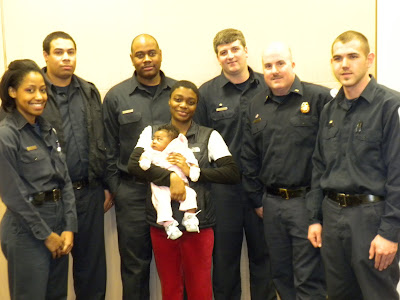 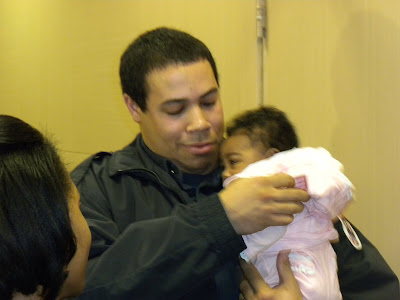 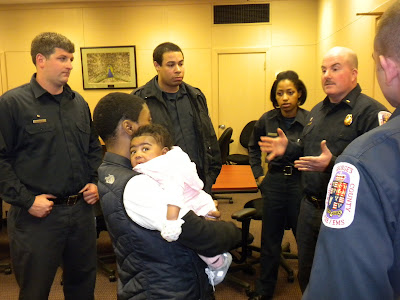 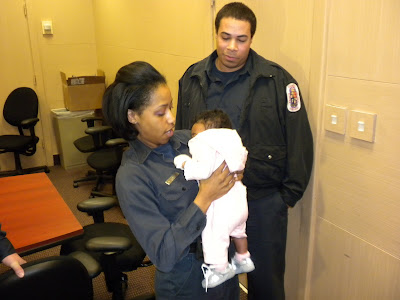 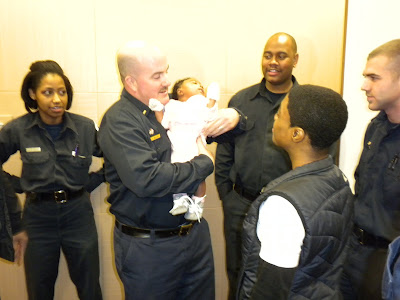 Within the first couple hours of their shift on December 6, 2009, Prince George’s County firefighters and paramedics from the Silver Hill Fire/EMS Station #829 handled a call that will remain with them forever. According to the personnel, it was the worst injury they have ever seen and probably ever will see. They think of that day often. Some members of the crew were so traumatized that they were ordered off-duty and sent home to be with their families.

They treated an adult female, in her 20’s, which had been the victim of an assault and presented the most horrific injuries that anyone had ever seen or dealt with. The circumstances of the assault further compounded the emotional impact on the firefighters and paramedics. The victim had been kidnapped and crudely sliced and cut in an attempt to steal her unborn baby. The crews shift supervisor requested a reunion with the victim and her rescuers in hopes of bringing closure to some of the emotions that have lingered since the incident. This reunion was set up through Pat Collins, a reporter with NBC 4 News. Mr. Collins had developed a relationship with the victim and her family and has done several reports of her traumatic ordeal. The reunion was held on Monday, January 25, 2010, at the NBC 4 Studios in Washington, DC.

In a segment that aired on Wednesday, January 27, 2010, Pat Collins stated, “A woman hospitalized after someone tried to cut her unborn baby from her body reunited with the medics who saved her life and that of her daughter. When the Prince George’s County Fire/EMS Department responded to a 911 call at a Suitland, Maryland, apartment complex, they found Teka Adams in the street.”

"It's something that I'd never seen before," stated Fire Fighter/Medic Brandon Wood.

"This was two human lives that were in need of desperate help," Fire Lieutenant Ralph Welch said.

The suspect in this case, Veronica Deramous, is accused of tying Adams up, gagging her, beating her and using several knives to try to cut the baby out over a period of four days. Adams said that Deramous had tried to steal her unborn child.

"The pain was so excruciating that it got to a point where I just couldn't even feel it anymore," Adams said.

Adams eventually escaped from the apartment, ran into the courtyard and members of the community saw her and called 911.

Her baby, Miracle Sky, was delivered by Cesarean section and is doing well. The crew exchanged their recollections of events that day and Adams recalled several of the faces of the Medics. Baby Miracle was held by each member of the crew which provided them a rewarding feeling that they did their jobs to the best of their abilities and training. The fire fighter/medics who saved Adams and her daughter brought them a special gift -- a Saint Florian medal. Saint Florian's the patron saint of firefighters.

“This is another example of our firefighters and paramedics providing the best possible services to our citizens and residents despite the difficulties they are challenged with,” stated Fire Chief Eugene A. Jones. He stated, “There is no greater reward in this profession then to meet a victim that you helped to save, in this case, the reward was doubled. I am proud of our personnel and I wish Teka and Miracle the very best.”
Posted by PGFD at 1:27 PM No comments: Links to this post