At around 3:30 pm, Tuesday, May 21, firefighters responded to a report of a fire inside a Home Depot Store in Capital Heights. Fire/EMS units arrived at the large, box style, 1-story home improvement store on Hampton Park Boulevard with smoke showing. A fire involving products that included patio furniture and other outdoor items on shelves was located just inside the store between the main entrance and garden center. This area is where seasonal products are typically stored.

The sprinkler system activated helping to limit any fire extension. Firefighters had the fire extinguished within 10 minutes of arrival. The store was evacuated and no injuries have been reported.

An equivalent of a 2nd Alarm was on the scene to assist with extinguishment, smoke removal, salvage and overhaul. There were 25 pieces of fire/EMS units on the scene with staffing of 55 personnel.

Two airboats from Montgomery County Department of Fire and Rescue Services were utilized to assist with the heavy smoke removal.  Units were starting to be released at around 4:45 pm.

The cause of the fire is under investigation. A preliminary fire loss is estimated at $500,000.  Due to the amount of damage and all utilities being shut off by firefighters the store will not re-open for an extended period of time (days or weeks).

The following images were captured by County Fire Chief Marc Bashoor as he surveyed the fire ground. 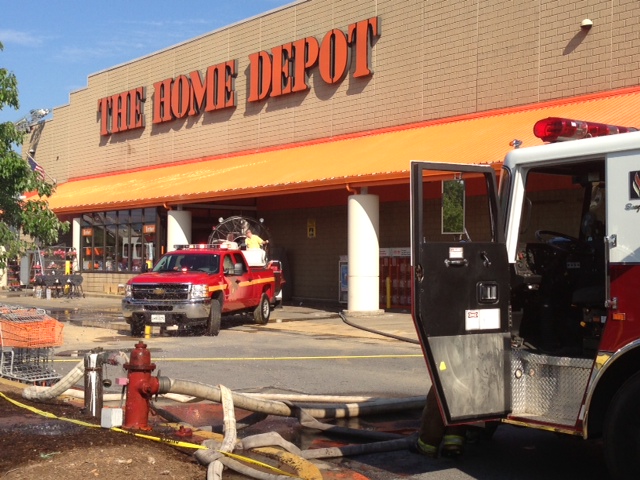 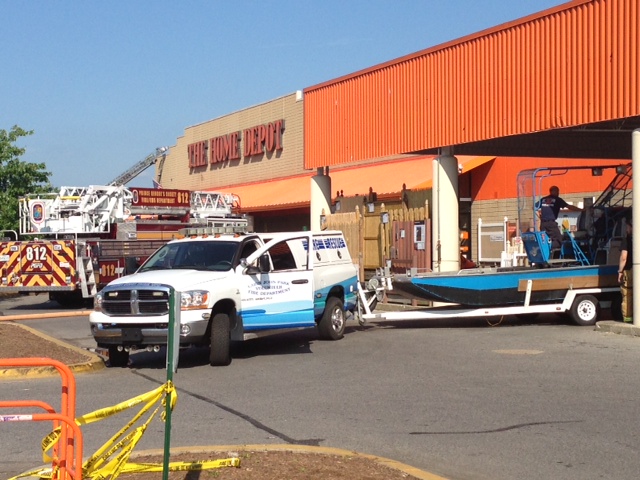 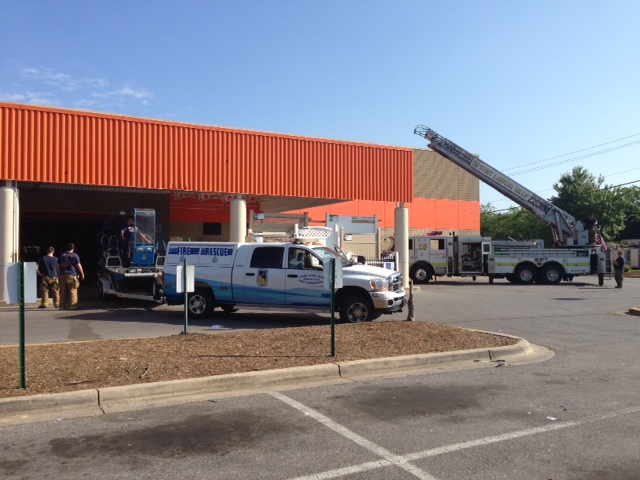 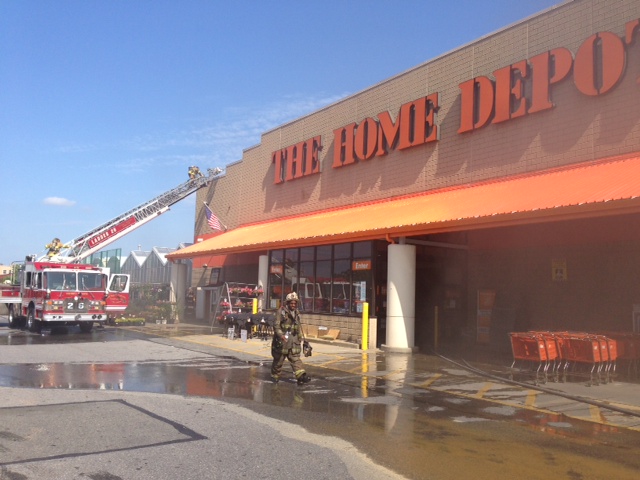 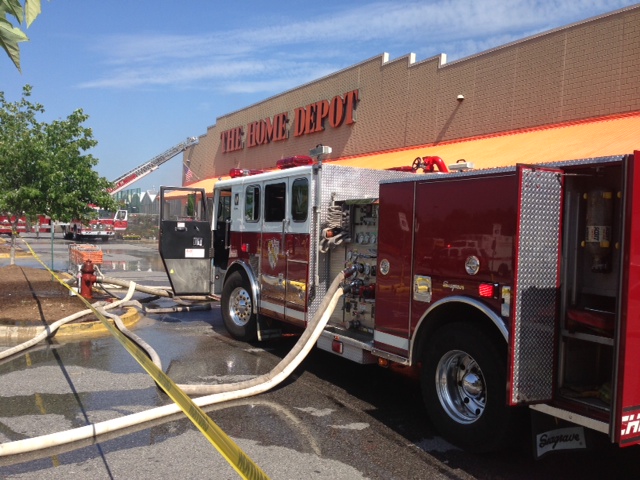 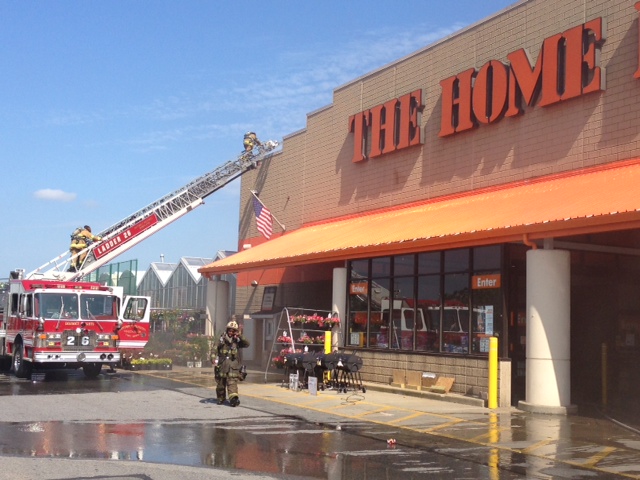 
Posted by PGFD at 5:10 PM No comments: Links to this post 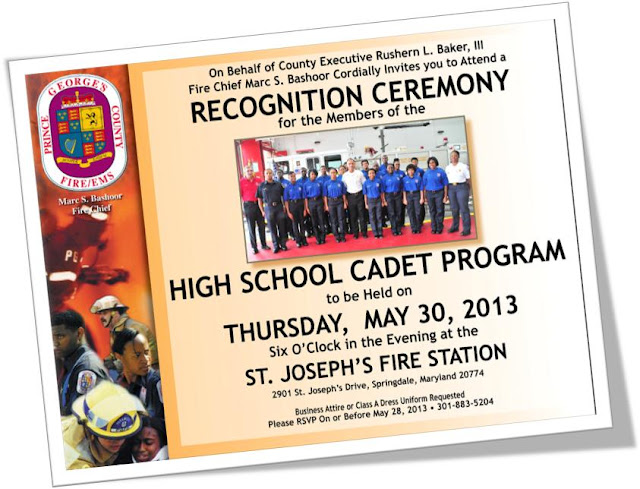 Posted by PGFD at 2:58 PM No comments: Links to this post

The Prince George's County Fire/Emergency Medical Services (EMS) Department kicks off the 40th annual EMS Week starting May 19th with opportunities for our media partners to join us for a shift with our paramedics.  This year's theme is "EMS: One Mission. One Team."

The extraordinary response by first responders to the bombings at the Boston Marathon and the devastation of tornado's in Moore, Oklahoma illustrated what is best about EMS professionals and their commitment to saving lives. This year’s theme of “One Mission – One Team” was never more evident in the response demonstrated by EMS personnel on these high-profile incidents. The EMS theme also resounds on the local level as well with previous incidents that include 3 Fire Fighter/Medics risking their own lives to enter a hazardous area to help save the life of a man trapped in a mulch dye machine or when medics knew what to do upon arriving on the scene of a child birth with a prolapsed cord. These are just two examples of the extraordinary care provided by Prince George’s County Paramedics that help to enable patients to leave the hospital alive and well. This type of care in a pre-hospital environment occurs on a regular basis and accounts for countless lives being saved. 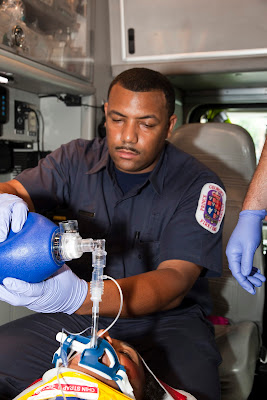 EMS providers include 911 call takers, dispatchers, paramedics, emergency medical technicians and firefighters, some paid, some volunteer. Each of these disciplines require hundreds of hours of training and regular re-certifications. In 2012, the Prince George’s County Fire/EMS Department responded on 135,383 calls for services. Nearly 80% of these incidents were requests for emergency medical services.  Of our 45 Fire/EMS facilities, 43 provide paramedic and/or Basic Life Support (BLS) transport services.  22 units are capable of  providing Advanced Life Support/Paramedic Services including paramedic engine companies in Calverton, Landover Hills, Largo/Kettering, Oxon Hill and Chillum.

We invite members of the media to join paramedics as they work their shift. Experience for yourself what paramedics experience in a day. Not all of our incidents are dramatic rescues and life-saving actions, however, you can experience the day in a life of a paramedic in Prince George’s County.  We have enjoyed several excellent pieces of media coverage of these ride-along's over the past few years. 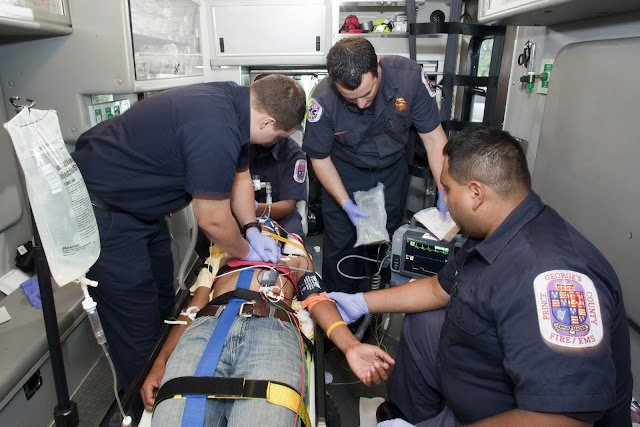 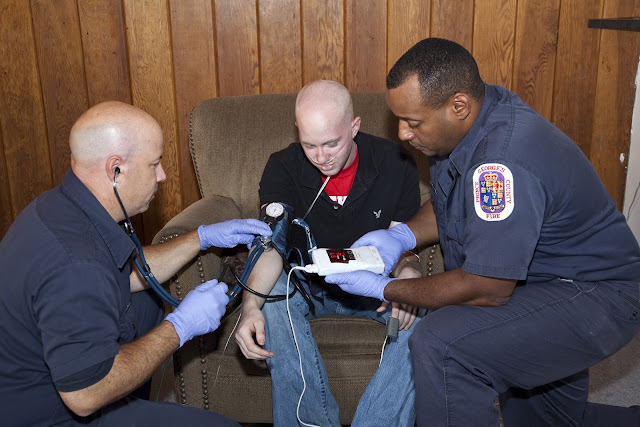 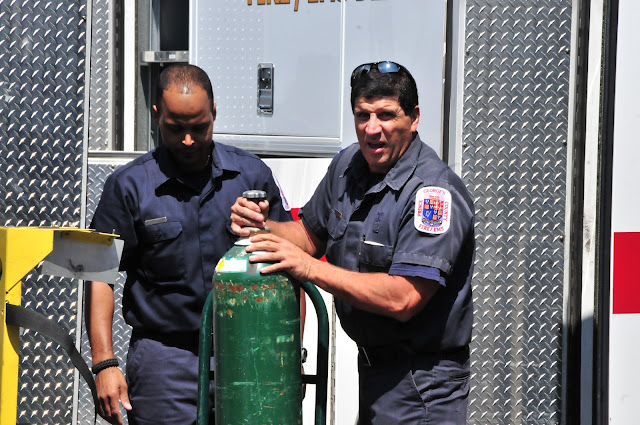 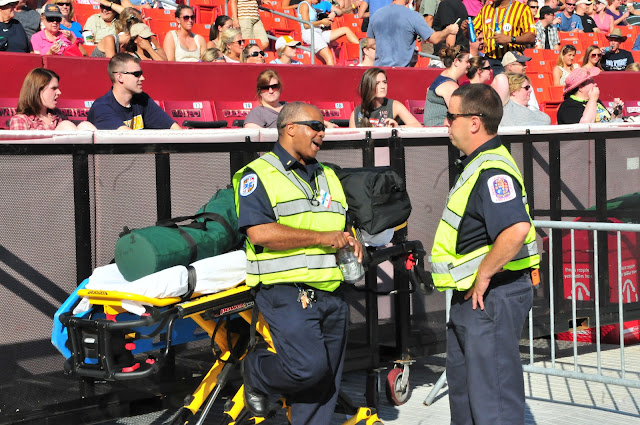 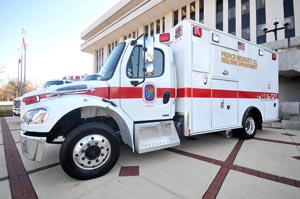