On Saturday, September 12, just before 7:00 pm, Prince George's County Firefighters were alerted to an apartment building on fire in Temple Hills.  Firefighters arrived at the 3-story front/4-story rear garden style apartment building with fire showing from the top two floors and roof.  A Second Alarm was immediately requested by the first arriving unit.

A fire of undetermined cause started in a third floor bedroom and quickly extended to the top floor and eventually through the roof.  Three apartment building sustained damage.

The cause of the fire remains under investigation, however, nothing suspicious has been found.

Two dogs were removed from the building.  One dog was found unconscious and suffering from burn and smoke injuries.  The dog was provided oxygen by Firefighter/Medics and was taken by the owner to an emergency vet.  Another dog was located in good condition and reunited with the owner.

A firefighter suffered from exhaustion and was transported, treated and released from a local hospital.  No other civilian or firefighter injuries were reported.

Initially as many as 88 residents were displaced from the 3 buildings.  On Sunday the number of displaced was reduced to 21 families.  Some of this families made their own living arrangements and the America Red Cross provided assistance to 12 families consisting of 28 adults and 18 children.

Fire Investigators estimated fire loss to be $500,000,  The cause remains under Investigation. 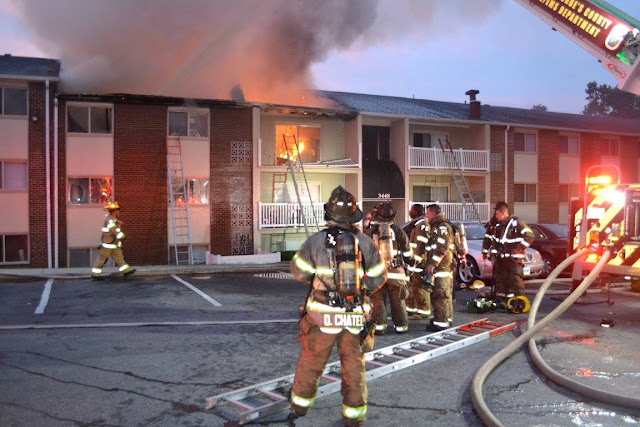 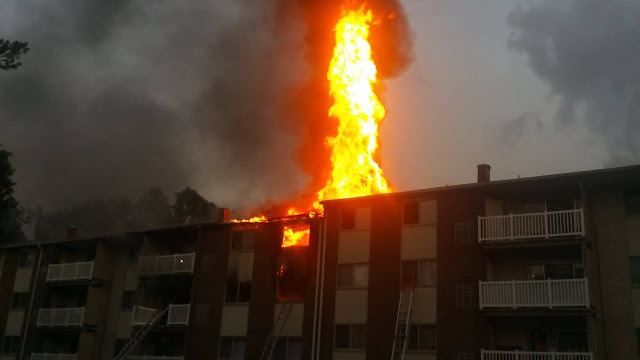 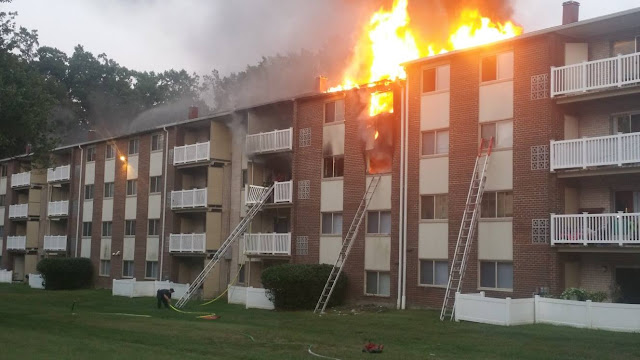 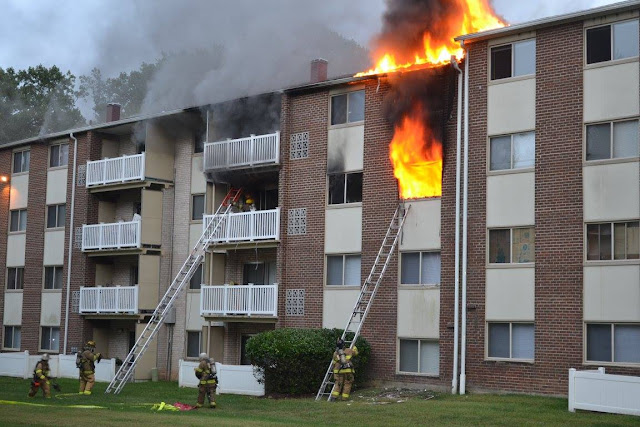 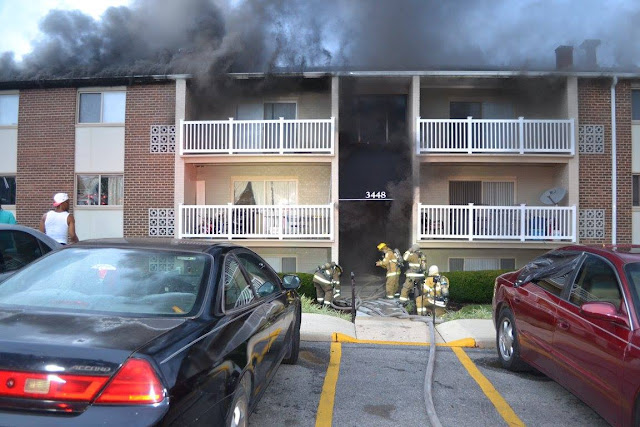 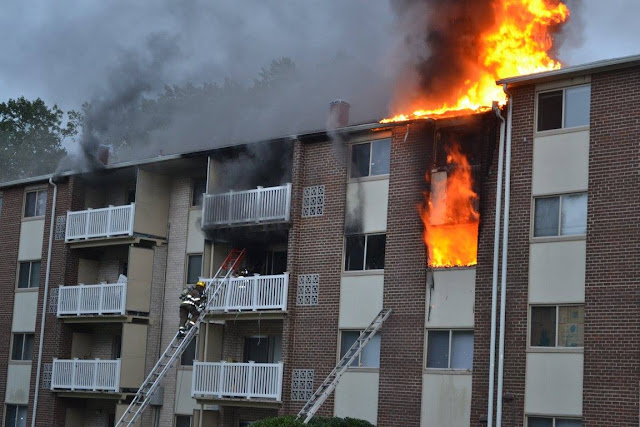 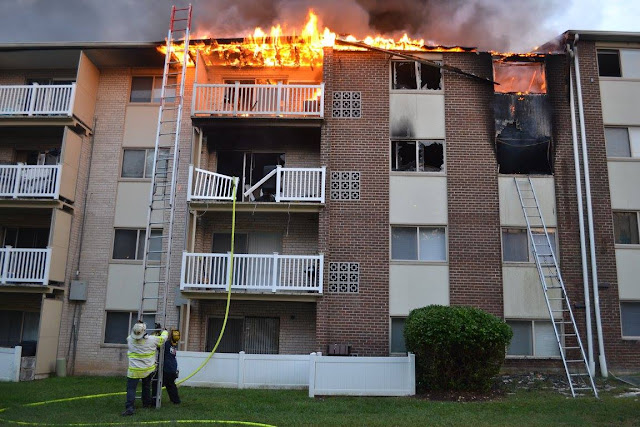 Posted by PGFD at 12:21 PM No comments: Links to this post