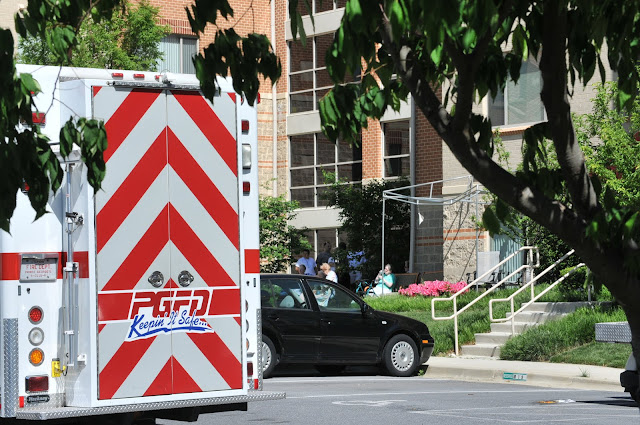 MEDIA CONTACT: Mark E. Brady, Chief Spokesperson, 240-508-7930
At about 9:15 am, Friday, May 7, 2010, Firefighter/Medics from the Calverton Fire/EMS Station #841 were dispatched to investigate an automatic fire alarm sounding at 3152 Gracefield Road. The address is located within the sprawling retirement community of Riderwood Village in Calverton. The firefighters arrived at the 6-story senior citizen apartment building and found a release of Freon occurred and was dispersed on the top two floors through the HVAC system. A vapor cloud was found on the top floor and firefighters, with the assistance of Riderwood Village personnel, immediately evacuated the residents on the 5th and 6th floors and requested additional assistance. Additional suppression and EMS units as well as the Departments Hazardous Materials Team were dispatched to assist.
The Firefighters from the Calverton Fire/EMS Station #841 also serve as a satellite station for the Hazardous Materials Team and were able to trace the source of the Freon to a malfunctioning air conditioning system that services the entire building. The HVAC system was shut down to stop the release of freon into the building.  Firefighters and Riderwood Personnel then proceeded to evacuate the entire building while the haz-mat leak was contained and the building ventilated.

Freon is a non-toxic gas that is widely used as a refrigerant. While non-toxic, if inhaled, can cause severe inhalation injuries up to death by asphyxiation.

About 60 residents were evacuated. Some residents stayed outside while others were relocated to other areas of the complex that were not affected by the leak.

EMS personnel from the Fire/EMS Department as well as from the Riderwood Village maintained contact with the temporarily displaced residents. Five residents and a maintenance worker complained of minor illness symptoms and were evaluated on the scene. After being exposed to fresh air their conditions rapidly improved and they all declined to go to the hospital.

All six floors were ventilated of the product as haz mat personnel used equipment to constantly monitored the atmosphere. At about 1:00 pm the atmosphere was clear of any Freon and residents were allowed to return to their apartments. The HVAC system was still being repaired by maintenance workers from Riderwood Village and their contractors. 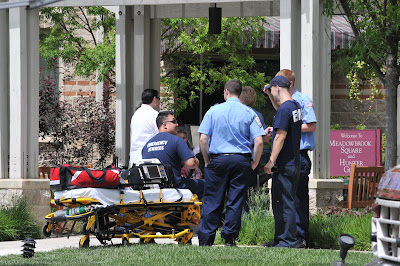 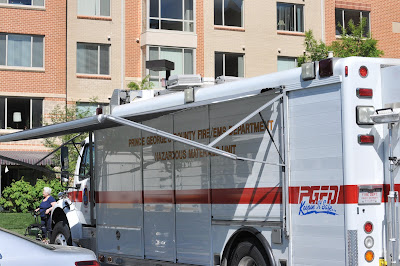 Posted by PGFD at 10:41 AM No comments: Links to this post