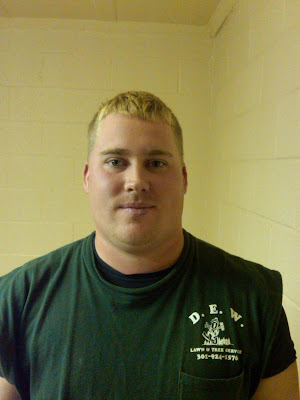 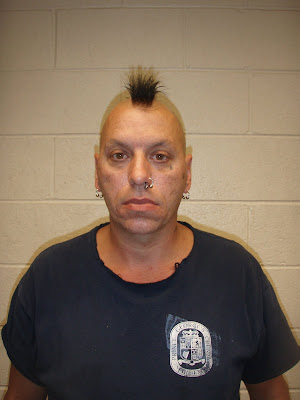 UPPER MARLBORO…The States Attorney for Prince George’s County, Glenn F. Ivey, announced at a press conference today that indictments against two individuals have been returned from a Grand Jury. The indictments stem from an arson fire that occurred at a vacant house in 2008. Jerome “Jerry” Engle and James Martinez are charged with 2nd Degree Arson, 2nd Degree Breaking and Entering, 1st Degree Malicious Burning, Conspiracy to commit 2nd Degree Arson, and Burning with intent to defraud. Martinez faces a seventh charge of Making a False Report. States Attorney Ivey stated, “If convicted of all charges, Engle faces up to 51 years in prison and Martinez faces up to 54 years in prison.”

The individuals that are charged with these crimes have been identified as:

Charging documents state volunteer firefighters Engle and Martinez were at the Riverdale Station and left to set a fire in the basement of a vacant home on Riverdale Road. Once the fire had been ignited they returned to the Riverdale Fire/EMS Station and awaited the dispatch of the call. A career firefighter arriving for work passed by the vacant structure and went to the nearby Riverdale Station reporting a house was well involved with fire, at which point, Engle and Martinez and other firefighters responded on fire apparatus to the call.

Martinez and Engle were arrested today by Prince George’s County Fire Investigators and agents from the ATF. They are currently awaiting a bond hearing of which the State will request $100,000 bond.

Prince George’s County Fire Chief Eugene A. Jones stated, “Arson is a heinous crime that is aggressively and thoroughly investigated. We have an extremely talented group of fire investigators that have developed a partnership with the Bureau of Alcohol, Tobacco, Firearms and Explosives (ATF) that provide our Department a tremendous amount of resources.” He concluded by saying, “The Fire/EMS Department is an extremely proud organization that provides vital fire and emergency medical services to the citizens and residents of Prince George’s County. The focus should remain on the acts of our nearly 2000 men and women that make up our combined volunteer and career membership. Do not let the actions of a few diminish the acts of an entire organization that strive to provide the very best in fire and emergency medical services on a daily basis. This appears to be an isolated case of members of this Department making poor decisions that they will have to live with for the rest of their lives."

"Public safety is always at the height of our concern," says Acting Special Agent in Charge Sheree Mixell. "We will continue our partnership with the Prince George's County public safety officials to investigate those individuals responsible for endangering our communities."

Even though the two suspects have been charged and arrested in this case; the investigation remains open and on-going. Additional charges and arrests have not been ruled out.