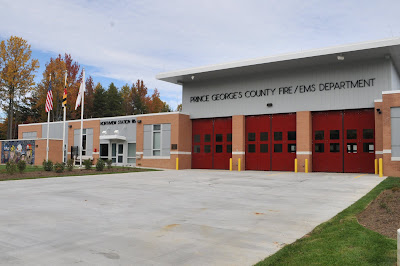 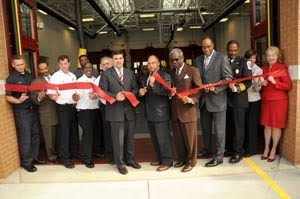 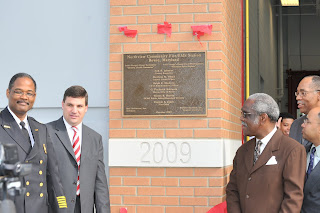 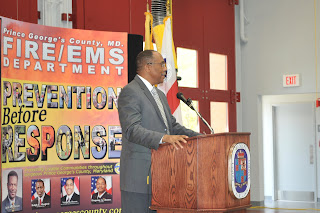 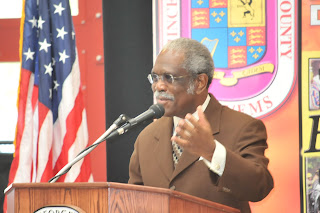 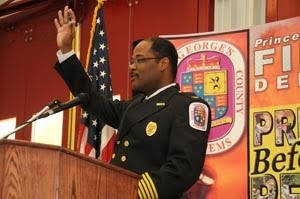 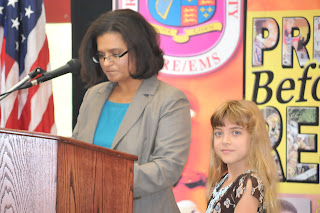 MEDIA CONTACT: Mark E. Brady, Chief Spokesperson, 240-508-7930
Photography by: Mike Yourishin, Jeff Callaway and Mark Brady
Prince George’s County celebrated the grand opening of our newest Community Fire and Emergency Medical Services (EMS) Station on Thursday, October 22, 2009. Northview Fire/EMS Station 816, located at 14901 Health Center Drive in Bowie, Maryland, opened with all the fanfare expected of a new community facility with a standing room only crowd of elected officials, members of the community and the combined volunteer/career/civilian membership of the Department. Our newest facility is state-of-the-art which will provide a functional and safe work environment for our volunteer and career fire fighters and paramedics, as well as bath, shower, and locker facilities to accommodate our increasing number of female personnel. 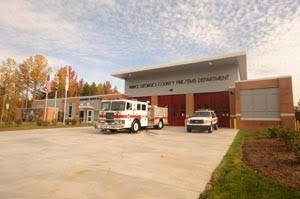 Northview Fire/EMS Station 816 is one of forty-five (45) Fire/EMS stations strategically located throughout Prince George’s County. It is the first new addition to our cadre of stations in 35 years. Other recently constructed facilities have been replacements and consolidations. The primary response area for the Northview Community Fire/EMS Station is 8.4 square miles; however, the station serves many of the surrounding communities, including: Glenn Dale, Woodmore, Upper Marlboro, and occasionally provides mutual aid to Anne Arundel County, Maryland.

The station will house a variety of fire and EMS resources, including:
An engine; paramedic ambulance (Basic & Advanced Life Support); a Battalion Chief and EMS Supervisor. There will be five career personnel, 24-hours a day, providing dedicated staffing of the engine (3) and paramedic ambulance (2 paramedics). When available, volunteer personnel provide countless hours of community service, including: emergency service delivery, incident command, fundraising, and administrative support. The projected demand for service for the primary response area is approximately 2200 calls a year.

Northview Fire/EMS Station 816 is a 12,500 square foot one story facility that includes: offices,

* A training/meeting room equipped with audiovisual equipment, multiple computer network connections, and space to accommodate between 24-42 persons, depending upon room configuration.

* A training tower located in the rear of the station enables our personnel to conduct realistic training evolutions without leaving our response area.

prevention to children. Additionally, a stand alone building, in the rear of the station, to house a fire safety house and other community outreach features. 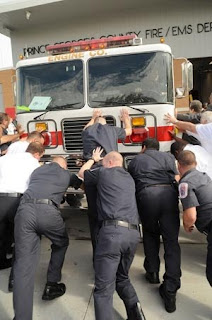 The ceremonial ribbon-cutting was performed by elected State, County and local officials as well as career and volunteer members including; Fire Chief Jones, Fire Captain Thomas “TJ” James, Fire Fighter/Medic Technician Jason Wiseman; Bowie Volunteer Deputy Chief Jonathan Howard and Bowie Volunteer President Jon Bigony. The traditional and ceremonial placing of the station in service was conducted with the engine being pushed back into the station by station personnel and ceremonies concluded with the unveiling of the building dedication plaque and the Arts in Public Places artwork plaque. Dozens of attendees then toured the many fascinating and innovative aspects of their new community Fire/EMS Station.

Posted by PGFD at 3:43 PM No comments: Links to this post