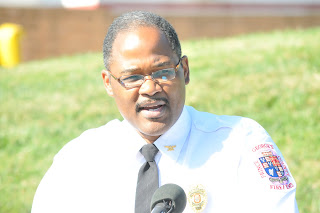 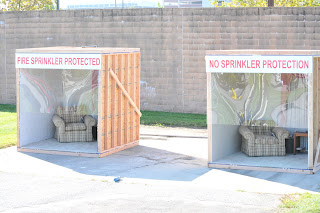 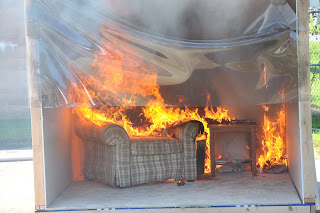 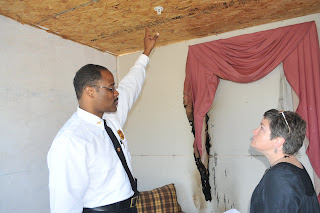 After reading the report, Prince George's County Executive Jack B. Johnson commented to Fire Chief Eugene Jones, "I feel this 15-year study will have a tremendous impact on the fire service and residential sprinkler legislation throughout the Country. During the 15-year period of 1992-2007, not one person died in a sprinklered residence. Many lives and property were saved in Prince George’s County thanks to residential sprinklers.”

The average property loss after a fire with fatalities in an unsprinklered residence was over 10 times more costly than a fire in a fire sprinkler-protected residence.

The speakers at the event included:

A demonstration of the effectiveness of residential sprinklers was conducted. Two identically constructed structures were used to illustrate the difference in time and effect between a room without the protection of a sprinkler and one protected by a sprinkler. Each room had a smoke alarm activate at 9 seconds after the first sign of fire. It took about 2 minutes for the unprotected room to reach a flash point. Just 34 seconds into the protected structure a sprinkler head activated and extinguished the fire leaving very little fire damage to the room and its contents.


Many thanks to the members of Prince George’s County Fire/EMS Department Office of the Fire Marshal, Fire/EMS Training Academy, Community Outreach and the College Park Volunteer Fire Department for their assistance in today’s event. Additionally, thanks to the Home Fire Sprinkler Coalition, Maryland Fire and Rescue Institute and the Maryland State Fire Marshal’s Office for participating.