At about 7:45 am, Saturday, November 9, firefighters were alerted to a house fire in the 2900 block of Walters Lane in Forestville.  Firefighters from District Heights Engine 826 were the first to arrive to find a 2-story Cape Cod with a large 2-story attached addition with heavy smoke showing from the rear of the 4200 square foot structure.  Firefighters initiated an aggressive interior attack and search of the structure.  Conditions on the interior started to deteriorate rapidly with fire and high heat quickly intensifying.  The fire spread rapidly throughout and consumed the attached addition.

At that point, all firefighters were ordered to evacuate the structure and knock down heavy fire conditions now visible from just about every window of the addition.  A portion of the fire was extinguished from the safety of exterior positions before firefighters re-entered the structure to continue the fire fight and complete searches.

The fire continued to extend through void spaces in the basement and upper floors eventually making it's way to the 2-story Cape Cod original home.  The original structure was constructed in the 1940's.

The bulk of the fire was eventually knocked down about 2 hours after arrival.  The fire was completely extinguished about an hour after that.  Extensive overhaul was required to ensure the fire was extinguished.  A Second Alarm was sounded bring nearly 100 firefighters, civilian support staff and incident commanders on over 25 pieces of fire and EMS apparatus.

Three occupants escaped the home prior to the Fire Departments arrival.  One occupant, an adult female, 80ish years of age, was transported to an area hospital as a precaution.

The cause of the fire is under investigation.  Fire loss estimates are still being tabulated.

The following images were captured by Kentland Volunteer Fire Fighter Ed Lehan and re-posted from his Facebook page. 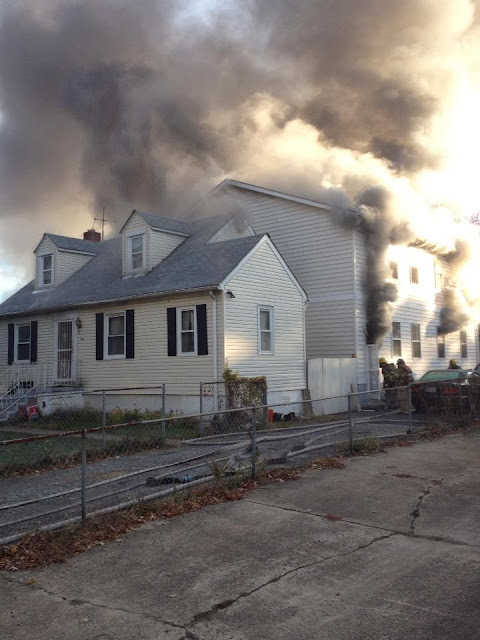 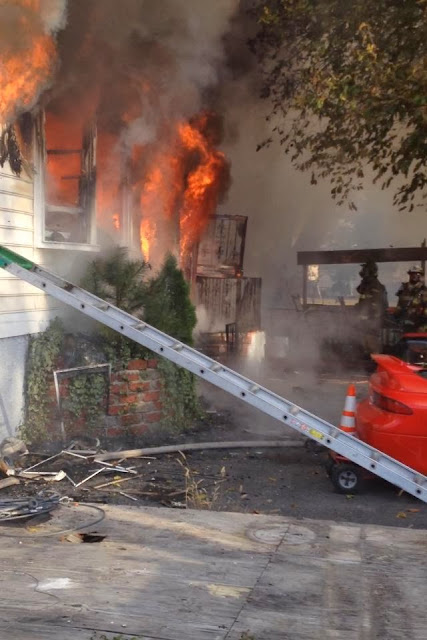 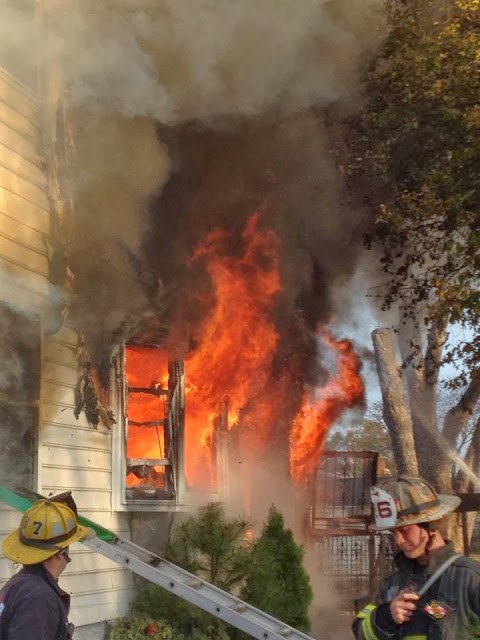 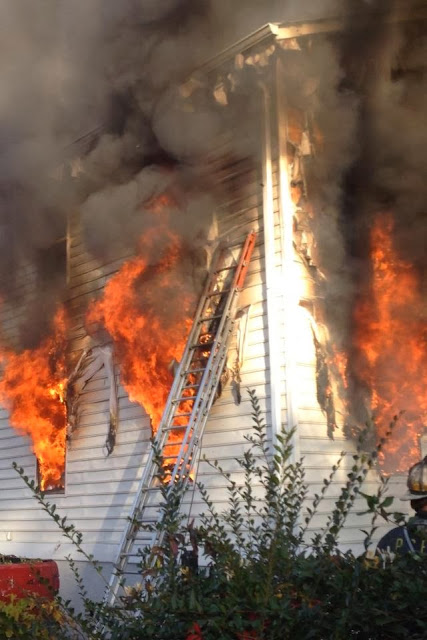 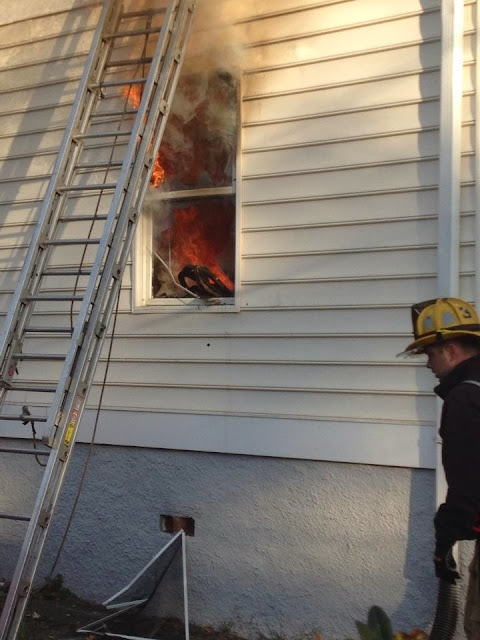 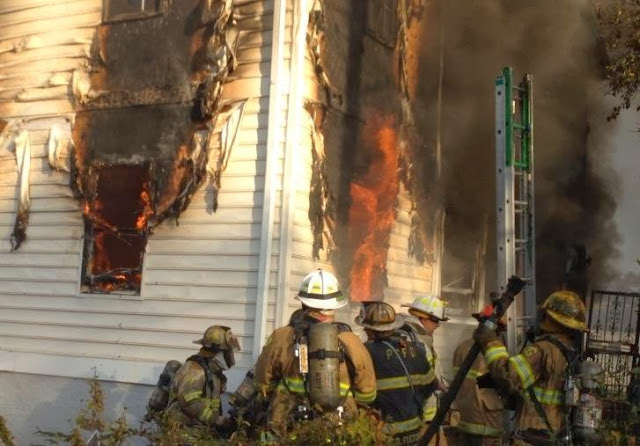 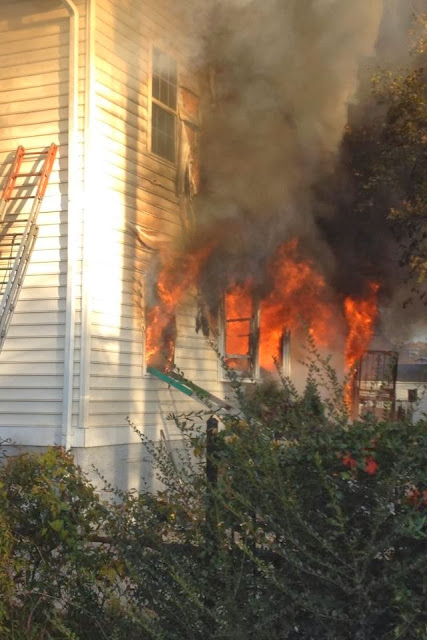 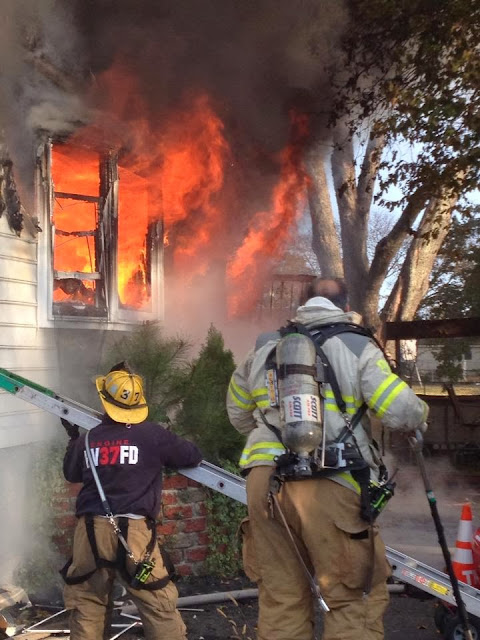 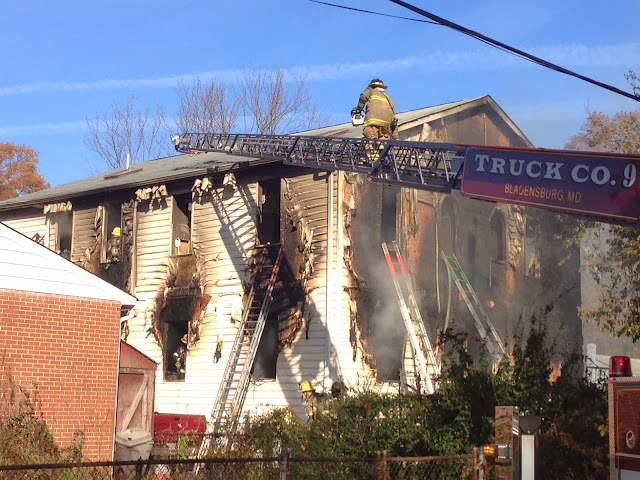 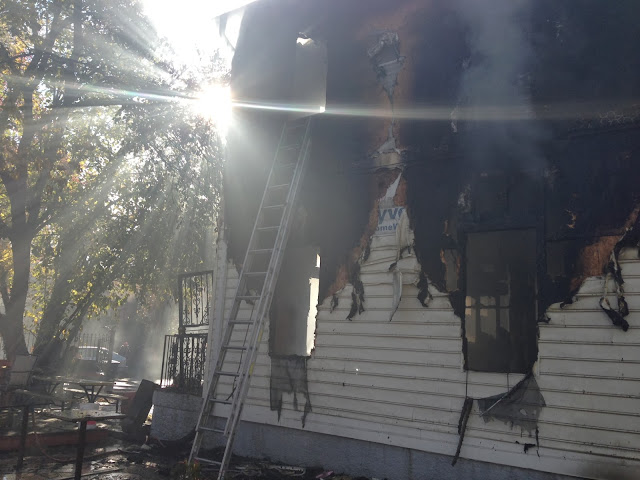 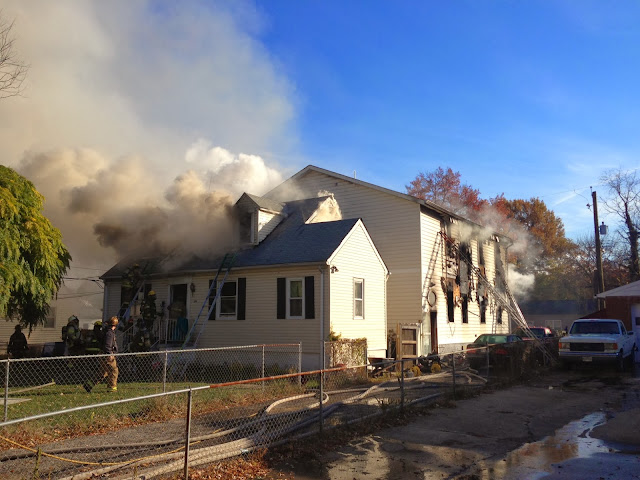 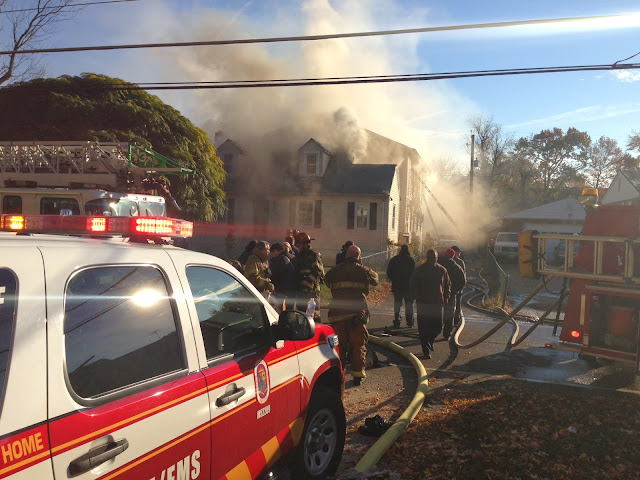 Posted by PGFD at 1:47 PM No comments: Links to this post

Volunteer Firefighters from the Chapel Oaks Fire/EMS Station 838 assisted in locating a subject of a Silver Alert.

Just before departing the station on Friday evening, November 11, at about 10:30 pm, to make a run to a nearby convenience store, firefighters heard Public Safety Communication Dispatchers broadcast a “Silver Alert” issued by the Montgomery County Police Department.  This was the second broadcast of the alert and firefighters made note of the “brown Ford Crown Victoria” that missing person was last seen driving.

Engine 838 pulled into the 7-11 store located on Eastern Avenue and Addison Road, just across the Maryland and D.C. border.  While there a citizen had noticed a male acting strangely and alerted 911 which soon led to the notification of firefighters.

While evaluating the situation one of the firefighters noticed the brown Ford Crown Victoria and realized the male occupant was the subject of the Silver Alert.  The mans medical condition was assessed by firefighters who determined he did not require immediate medical care.  They used their 2-way portable radio to summon the assistance of the Metropolitan Police Department.  MPDC arrived quickly and awaited the arrival of the Montgomery County Police Department that assumed custody of the individual.  Officers soon reunited the missing man with his family.

This was the second Silver Alert search that a Prince George’s County Firefighter found the subject.  In May 2013 a West Lanham Hills Volunteer Firefighter recognized the missing person based on a description that was broadcast.

Police Seek Help Locating Missing Rockville Man
Detectives from the 4th District Investigative Section are asking for the public’s help in locating a man missing from Rockville.
According to police, Stanley Lee Fries, age 83, of the 4300 block of Flower Valley Drive in Rockville, was last seen Nov. 7 at approximately 1:00 p.m. at the Hershey’s Restaurant in Gaithersburg (17030 Oakmont Avenue). 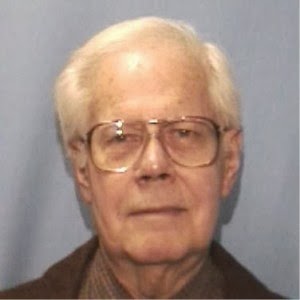 Police describe Fries as a white male, 5’9″ tall, and weighing approximately 140 pounds.
According to police, he was last seen wearing a light colored khaki jacket, khaki pants, and an unknown color tweed hat. Fries was last seen driving a brown, 2003 Ford Crown Victoria with Maryland tags: VBR257.
Police and family are concerned because Fries suffers from dementia.
A Silver Alert has been activated regarding Fries’ disappearance.
Anyone with information regarding Fries’ whereabouts is asked to call the police non-emergency number at 301.279.8000. Anyone who sees Fries’ vehicle is asked to call 911. http://pgfdpio.blogspot.com/2013/05/silver-alert-man-found-by-compassionate.html

Posted by PGFD at 12:51 PM No comments: Links to this post