Personnel from the Fire/EMS Department Office of the Fire Marshal have determined a 3-alarm fire in New Carrollton to be “incendiary”.  On September 17, 2018, just before 3:30 pm Prince George’s County Firefighters responded to a fire at 5334 85th Avenue and arrived to find a working fire in a 3-story garden style apartment building.

The fire was extinguished after a nearly 2-hour firefight.  The fire damaged 4 apartment buildings causing an estimated $2.2 million in damages and displaced about 130 residents.  Fortunately, no civilian or firefighter injuries were reported on the day of the fire.

Fire Investigators identified a suspect and with the assistance of law enforcement arrested her on Thursday, October 4th.  Natasha Ciara Joyner, 32 years-of-age from New Carrollton has been charged with several crimes after setting the fire because she was allegedly upset with an ex-boyfriend.

Joyner has been charged with:

Joyner was transported to the Department of Corrections in Upper Marlboro.

Image of Joyner is not available. 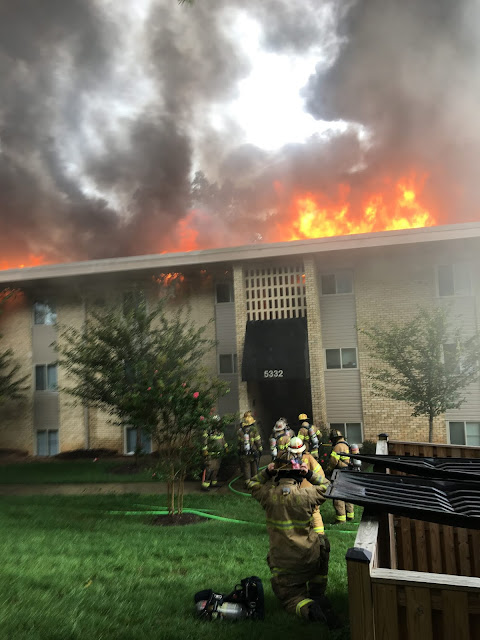 Posted by PGFD at 7:30 AM No comments: Links to this post