MEDIA CONTACT: Mark E. Brady, Chief Spokesperson, 240-508-7930
Congratulations to Fire/EMS Department Major Paul Cruz on his recent significant accomplishment in his “other” career. On Friday, September 16, 2011, Paul Cruz, who currently serves as the Executive Officer in the Office of the Fire Chief, was ceremoniously pinned with his anchors. He was also presented his chief’s cover hat after being elevated to the rank of Chief Petty Officer, backbone of the United States Navy. The pomp and circumstance ceremony, conducted at Naval Air Facility Washington, Andrews Air Force Base, was filled with naval tradition.

Fire Fighter/Medic Catherine A. Crilley, also in the U.S. Navy Reserve as a Senior Chief, served as Cruz’s sponsor and presented him with his chief’s cover hat. Paul Cruz was pinned by his wife, Frances; daughter, Madison; and son, Aidan. 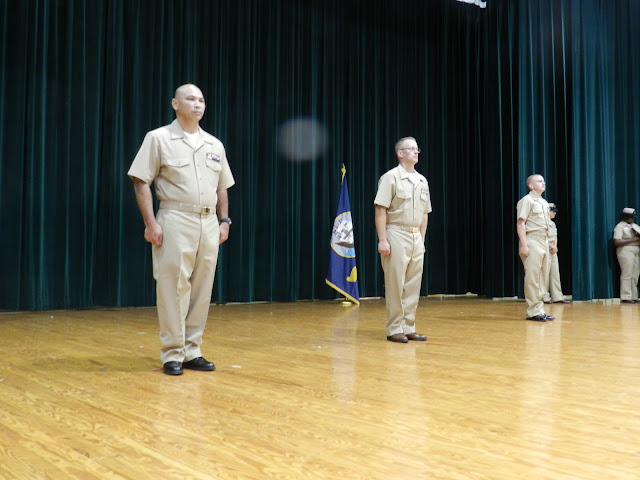 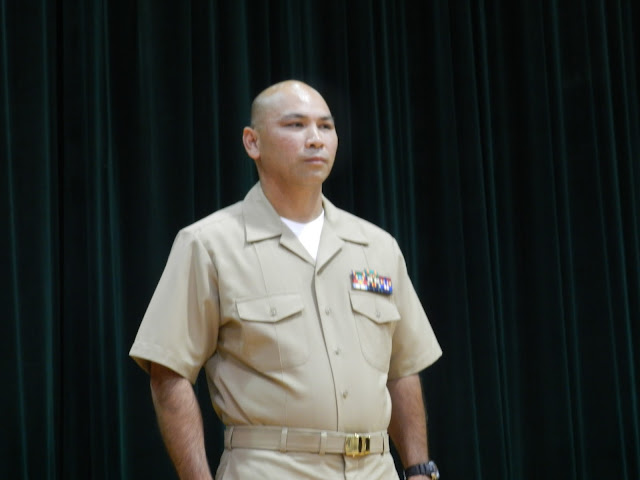 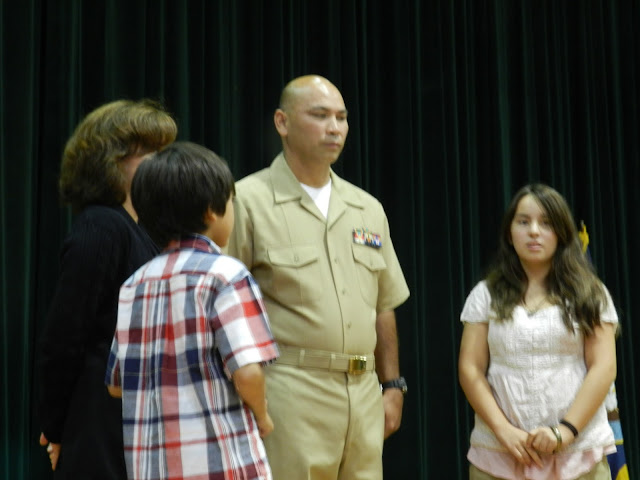 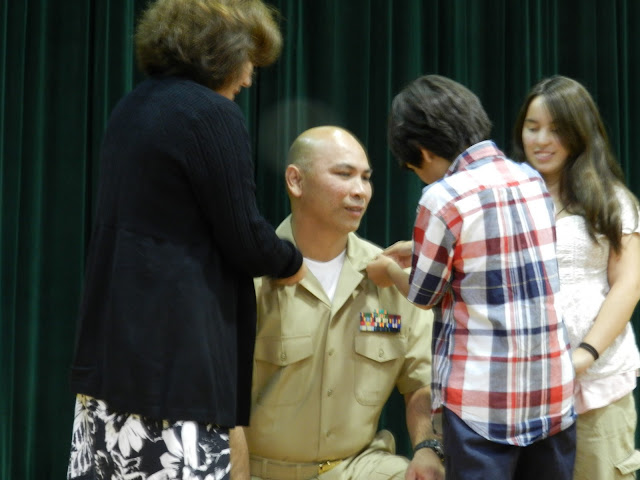 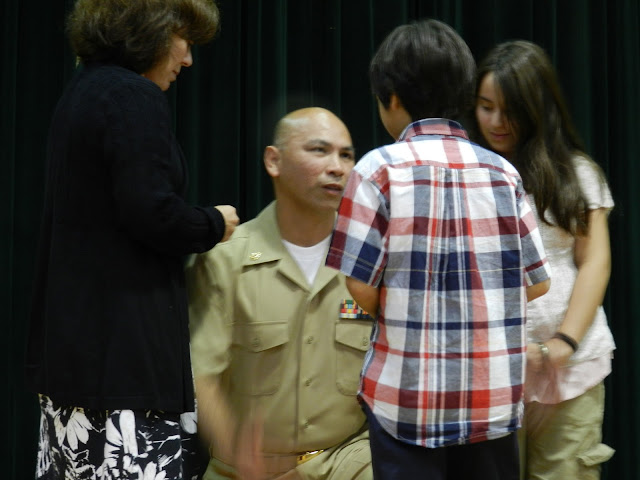 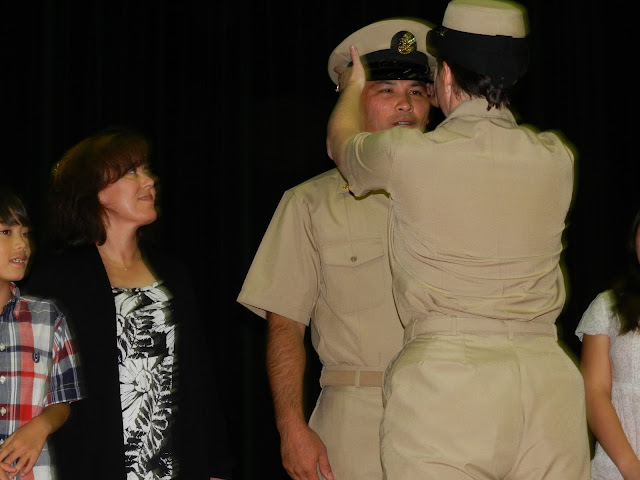 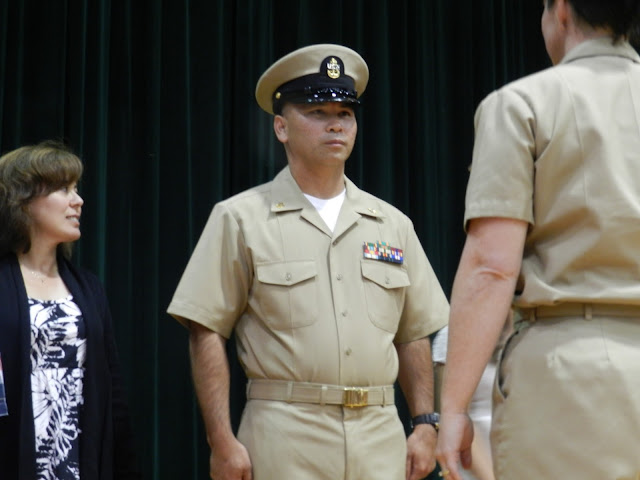 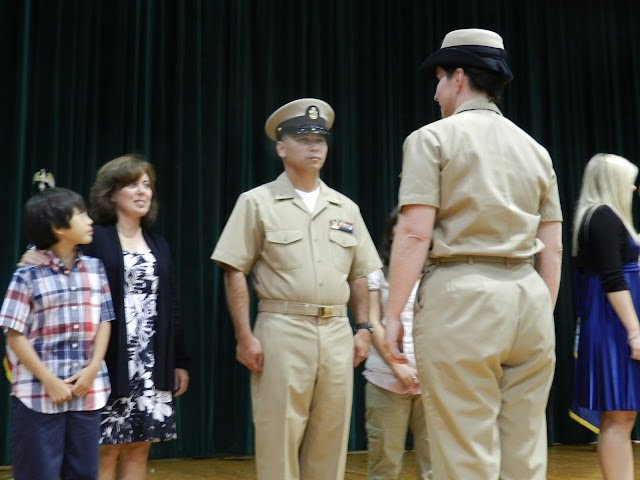 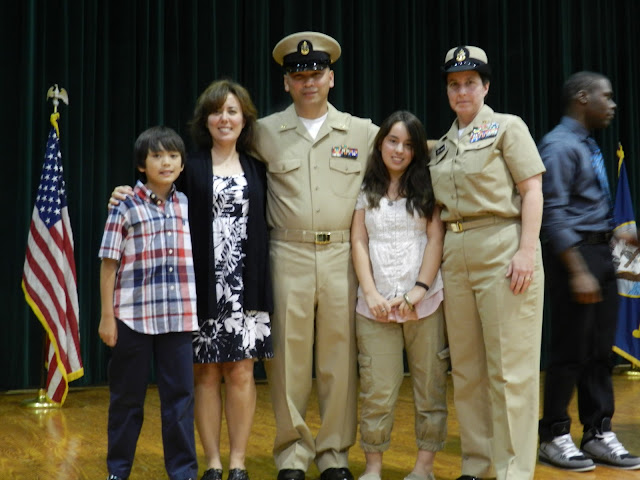 MEDIA CONTACT: Mark E. Brady, Chief Spokesman, 240-508-7930, mebrady@co.pg.md.us
A College Park home and a business sustained significant fire damage in separate incidents late Sunday evening.  At around 10:15 pm firefighters responded to the 7300 block of Baylor Avenue in the Yarrow community for a report of a house fire.  Firefighters arrived to find fire showing from the first floor of a multi-level home.  Firefighters ensured the safety of all occupants and initiated an interior attack on the fire.  It required about 30 minutes to extinguish the fire that caused an estimated $175,000 in fire loss to the structure and contents.  Two firefighters sustained minor burn injuries and were transported to the Burn Unit at Washington Hospital Center.  It is believed that they will be treated and released shortly.  One civilian also sustained a minor burn injury while exiting the home, however, did not go to the hospital.  The family will suffer displacement due to the extensive damages.  The cause of this fire is under investigation.
At around 11:00 pm firefighters responded to the College Park Honda Dealership in the 9300 block of Baltimore Avenue.  Firefighters arrived to find smoke billowing from the 2-story commercial structure and soon located a fire inside the building.  The fire was quickly contained and extinguished in about 15 minutes.  Fire loss is estimated at $100,000 and the cause is under investigation.  No injuries were reported at this fire.
Posted by PGFD at 12:15 AM No comments: Links to this post