An ambulance crew was assaulted, their unit stolen and minutes later involved in a multi-vehicle crash involving a fatality.  At about 5:30 pm, Sunday, December 14, Ambulance 811B was returning to their station after completing a patient transport.

As they were travelling southbound on the Capitol Beltway (Route 495) they witnessed a passenger car leave the roadway near the interchange of I-95.  The ambulance pulled to the shoulder with the crew of two firefighter/EMT’s exiting to check on the welfare of the occupant.

A series of events occurred quickly with both crew-members being assaulted by the driver of the very car they stopped to help.  The suspect proceeded to drive away in their ambulance.  The volunteer firefighter/EMTs were visibly shaken but not injured.

The stolen ambulance proceeded south on Route 495 and exited onto Kenilworth Avenue and than west on Greenbelt Road.  Two blocks down Greenbelt Road and about 15 minutes after this incident started the stolen unit caused a multi-vehicle crash.  At least 3 vehicles on Greenbelt Road at 62nd Avenue in Greenbelt were damaged including a vehicle occupied by an adult male and female.  The adult male sustained critical injuries and succumbed shortly after arriving at a local hospital.  The adult female occupant was transported to a hospital with less serious injuries.

After striking the vehicle(s) on Greenbelt Road the ambulance careened down an embankment rolling onto its side while striking at least 7 unoccupied vehicles in the parking lot of a restaurant.

The now injured suspect was apprehended by police officers as he attempted to exit the unit.  The adult male suspect was transported, in custody, to a local hospital where police describe his injuries as “critical.”

The Prince George’s County Police Department will be conducting an investigation and accident reconstruction of the crash.  All details will be released by them when available.

The Branchville Volunteer Fire Company and Rescue Squad, Inc. in College Park own the ambulance.  Branchville is just one of nine all-volunteer stations out of 45 stations that operate within the Prince George’s County Fire/EMS Department.  The ambulance appears to be totaled with replacement costing about $250,000.  Branchville owns a second ambulance and has access to a County reserve ambulance if needed. 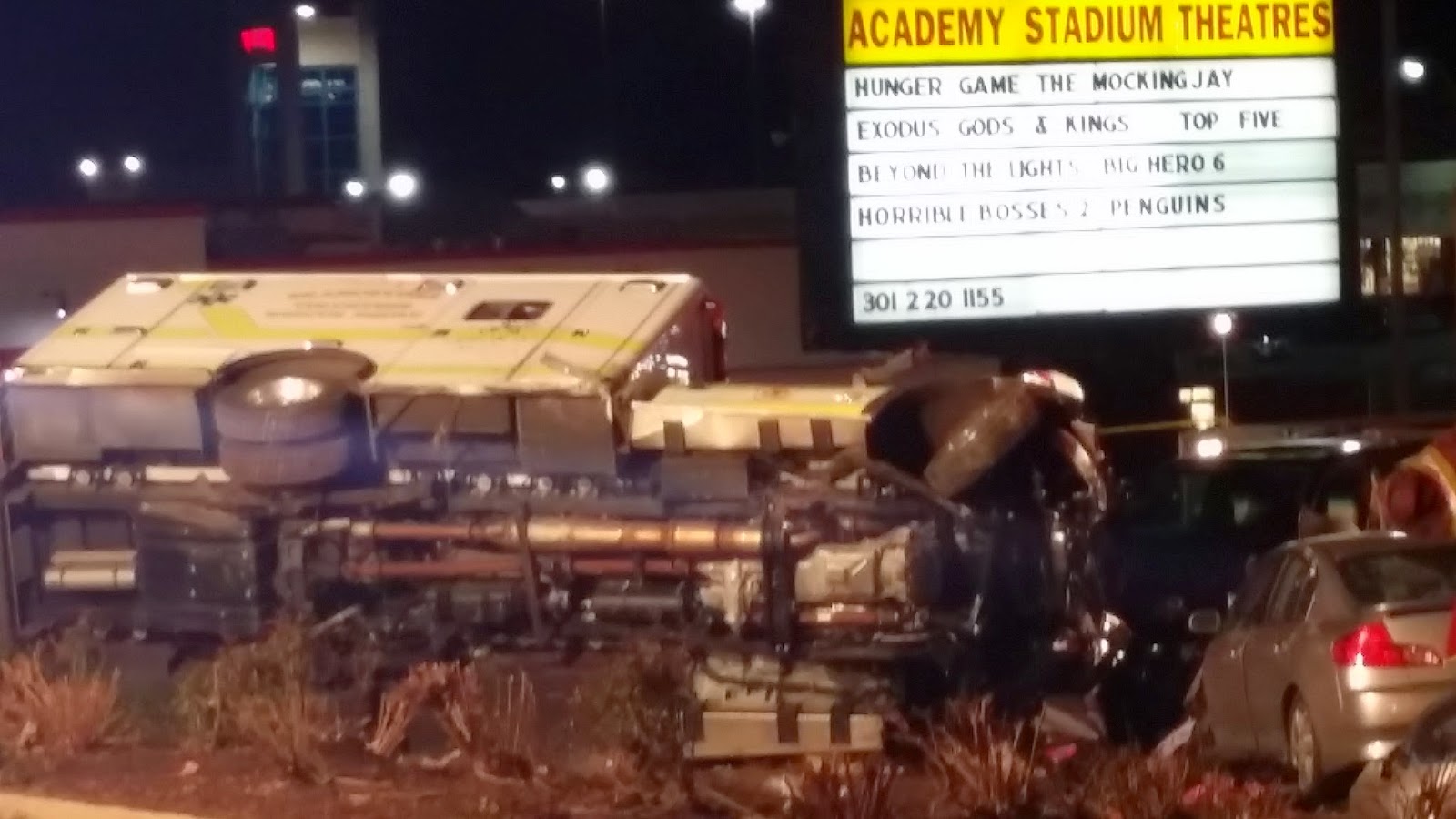 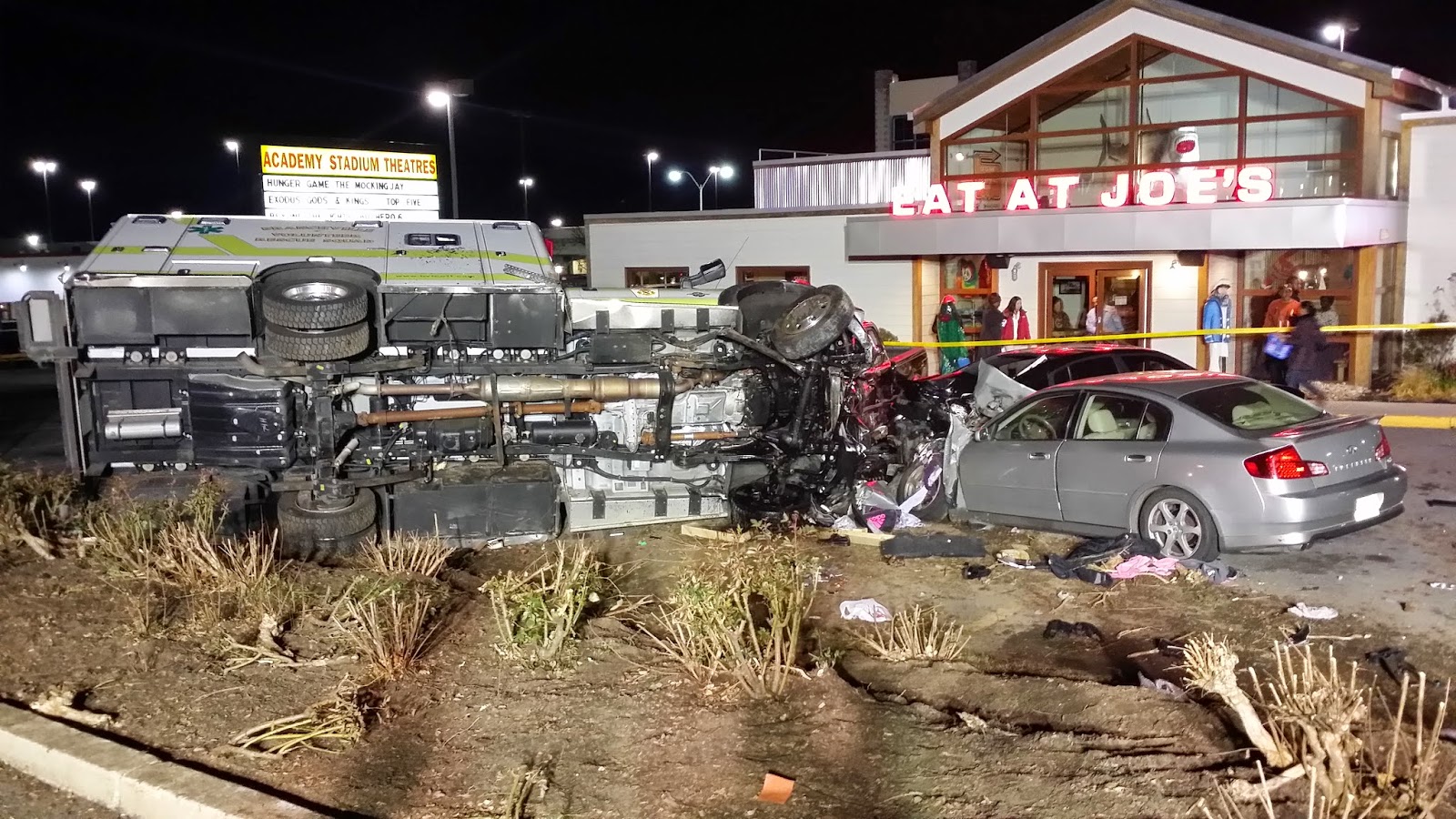 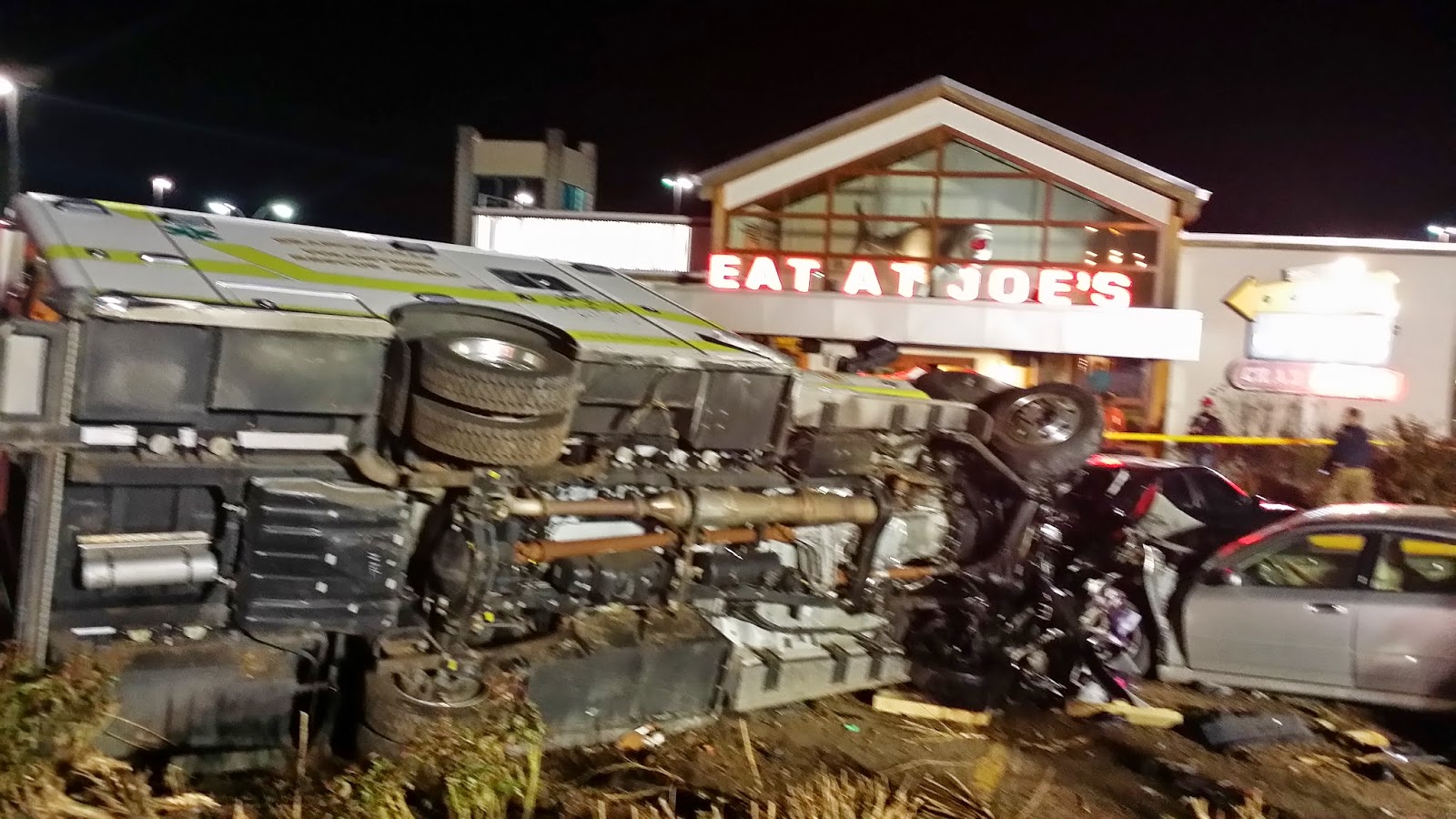 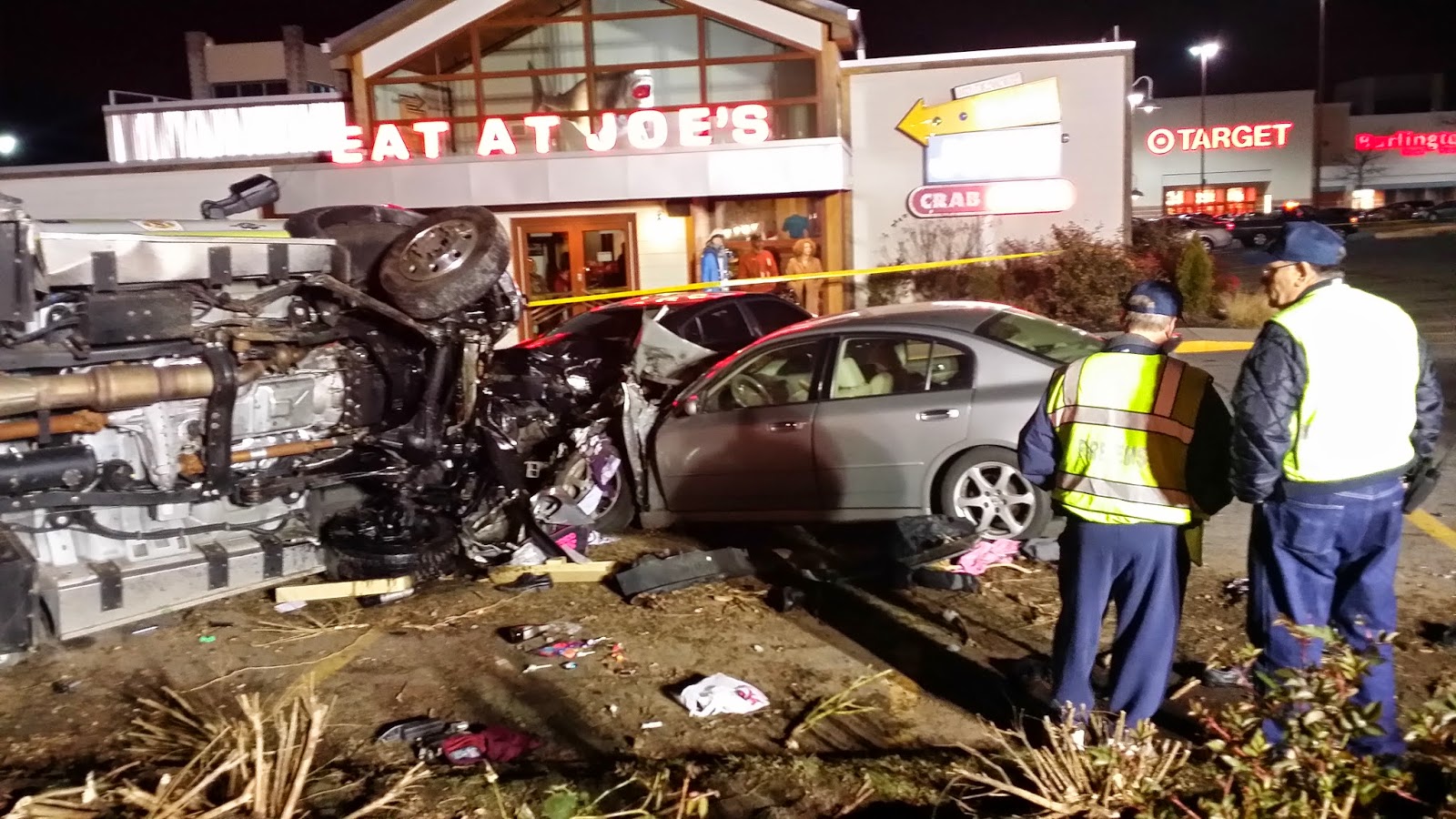 Posted by PGFD at 10:46 PM No comments: Links to this post