MEDIA CONTACT: Mark E. Brady, Chief Spokesperson, 240-508-7930
Firefighters battled a fire on the first floor of a Temple Hills condominium building today requiring dozens of evacuations. At about 12:30 PM, Monday, March 29, 2010, residents of the Lynhill Condominiums at 3701 Good Hope Avenue called 911 to report smoke on the first and second floors. Firefighters arrived at the seven-story apartment building and soon located a fire in a first floor storage room. A second-alarm was sounded bringing additional firefighters and resources, including units from the District of Columbia Fire Department, to the scene when fire fighters discovered the fire had extended into the pipe chase and was running through the first floor hallway ceilings. There were 50 firefighters and paramedics on the scene. It required about 45 minutes to completely extinguish this work intensive fire as the ceilings and walls had to be opened to expose and extinguish the fire. Occupants on the first three floors were evacuated while those on upper floors were directed to shelter-in-place. There were no firefighter or civilian injuries reported. Fire loss is estimated at $200,000 and the cause is under investigation. Two apartments will be uninhabitable and families are being assisted by the Red Cross.


The Lynhill Condominiums have had compliance issues with fire and life safety codes in the past. The buildings fire alarm did not operate during this incident and officials from the Fire/EMS Departments Office of the Fire Marshal are following-up with management on the non-compliance issues. 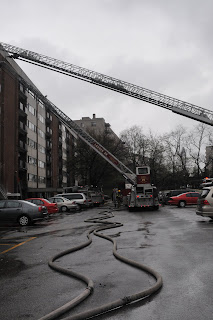 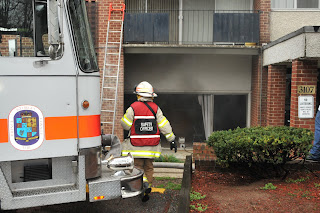 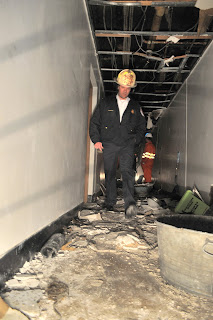 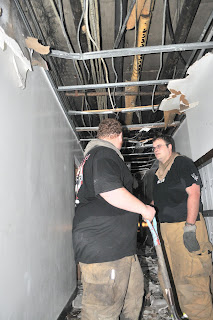 Posted by PGFD at 5:01 PM No comments: Links to this post