MEDIA CONTACT: Mark E. Brady, Chief Spokesperson, 240-508-7930
In an apparent incident of, "what are you going to do when they come for you??" an adult male was rescued by firefighters after being trapped in a ventilation duct for up to 8 hours.

At about 9:30 am, Thursday, May 5, 2011, Prince George's County Firefighter/Medics from the Laurel area were requested to assist law enforcement officials with a person stuck in a ventilation duct at Jerry's Subs and Pizza, 9711 Fort Meade Road.

At some point early this morning it is believed that an adult male attempted to gain entry into the 1-story commercial carry-out food restaurant by entering by way of a roof hatch. As he made his way down the duct work for the cooking ventilation system he became stuck at the bottom at the stove hood with his feet dangling above the stove.

The individual had been stuck in that position for about 8 hours and complained of difficulty breathing. he was initially discovered by an employee that has just reported to work.  The employee contacted the County Police that subsequently requested the assistance of the Fire/EMS Department.

Paramedics provided an oxygen mask through the same shaft he used to gain entry on the roof.
Unable to easily free him and in order to prevent additional injuries the Laurel firefighter/medics summoned the assistance of the Fire/EMS Department's Technical Rescue Services (TRS) in removal of the trapped victim.

Upon arrival, the TRS evaluated the situation and cut away a portion of the cooking ventilation hood which released the victim from his position.

The victim , 30ish year old male, was evaluated by paramedics on the scene and as a precaution was transported to a hospital for further evaluation. Paramedics were accompanied by law enforcement on the way to the hospital.

There were 25 firefighters and medics that worked for 40 minutes to complete the extrication.
The attached pictures show firefighters working to free the trapped person.

The Prince George's County Police Department is handling the investigation. 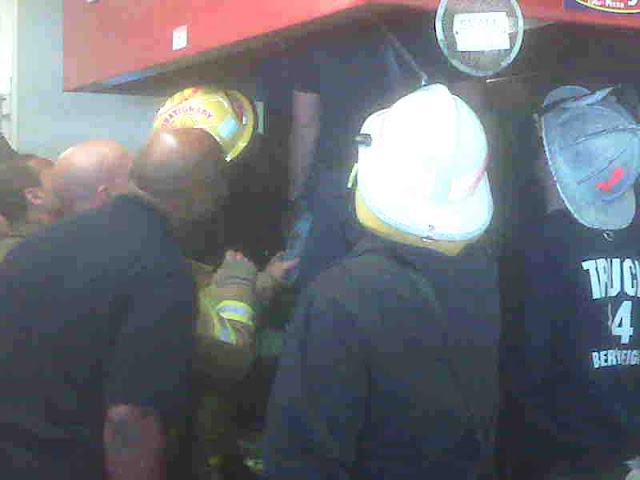 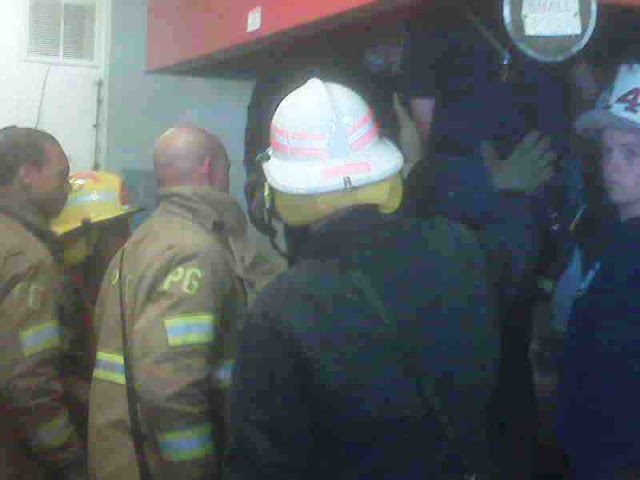 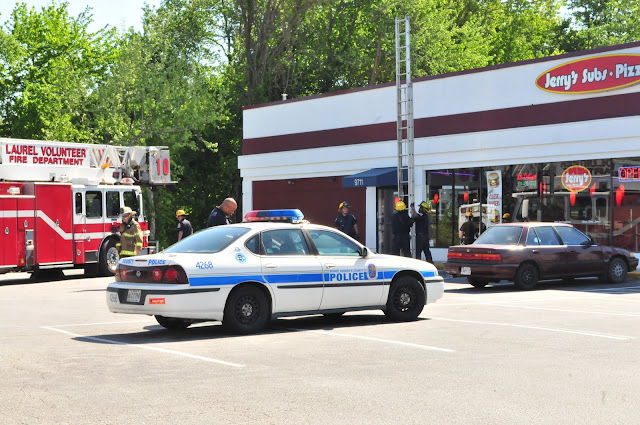 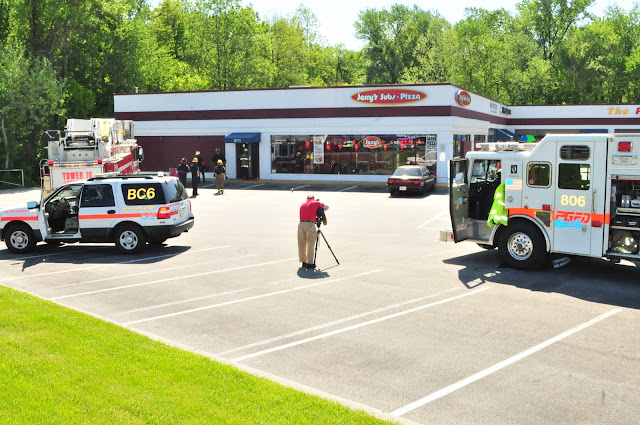 Posted by PGFD at 11:38 AM No comments: Links to this post

The Facebook Photo Album "PGFD 2011" (book #1) is full and ready to view.  You are not required to be a member of Facebook to view these photos just
click here.
Mark E. Brady
Chief Spokesperson
Prince George's County Fire/EMS Department
9201 Basil Court #452
Largo, MD 20774
mebrady@co.pg.md.us
Posted by PGFD at 9:39 AM No comments: Links to this post