Maryland’s new law is part of a nation-wide trend to ensure new and replacement smoke alarms have this new technology.  It is anticipated that smoke alarms with long-life batteries will have a significant impact on reducing the number of residential fire fatalities, which stands at approximately 2,600 people annually across the U.S.

“The emerging technologies of smoke alarms in the interest of life safety are ever changing.  The
development of expertise in creating a device that detects smoke particles produced by fire is credited with saving countless lives for nearly 40 years.  As the years progress, smoke alarm manufacturers continue to make a progressive advancement in designing these exceptional life safety devices.  The development of long-life, 10-year sealed smoke alarms is yet another example of the forward thinking by scientists and engineers dedicated to preventing the loss of lives due to uncontrolled fire”, stated State Fire Marshal William E. Barnard.

Currently, two-thirds of all home fire deaths occur in residences with no smoke alarm or no working smoke alarm, primarily due to dead or missing batteries, according to the National Fire Protection Association. Smoke alarms with sealed-in 10-year batteries are tamper proof and eliminate the need to replace the battery – something many homeowners fail to do.

Recognizing the difference it can make, one fire department is providing the new smoke alarms to its entire community. Capitol Heights Volunteer Fire Station 805 of the Prince George’s County Fire/EMS Department is using a federal grant to install 10-year smoke alarms to all residents within their primary response area. Firefighters from the station started visiting homes at the conclusion of a press conference held at the Fire/EMS station on May 20, 2013 to install the alarms.Jim McClelland, President of the Capitol Heights Volunteer Station, spoke on behalf of the Department.  He stated that in addition to 10-year smoke alarm installations that his station will also be conducting an extensive campaign promoting fire and injury prevention.


Prince George’s County Fire Chief Marc S. Bashoor stated, “We are honored to join the State Fire Marshal today, in a new journey that will take us on a path of landmark changes for the fire service, for the State of Maryland, for Prince George’s County, and specifically today for the Town of Capitol Heights and the first due response area of the Capitol Heights Fire Station.  This unique effort by the firefighters in Capitol Heights will help keep the community and our firefighters safe,” said Chief Bashoor.

Prince George’s County has an extensive array of programs designed to improve the number of working smoke alarms in homes.   Long-standing and successful smoke alarm programs including Post Incident Neighbor Intervention Program (PINIP) and Pro-Active Residential Information Distribution Effort (PRIDE) are now joined by the Departments Safety First Day of the Month and Neighbor Helping Neighbor programs.  “Our efforts will continue to be ensuring home and families are protected by having working smoke alarms and we will now focus on the installation of 10-year smoke alarms and replacing alarms that are 10 years of age and older,” said Bashoor.

Representing the National Fallen Firefighters Foundation (NFFF) at the press conference was Cathy Hedrick who stated, “Through the Foundation’s Be A Hero, Save A Hero℠ program we work with fire departments and our partners to educate the public about fire prevention and fire safety. Fewer firefighters need to be in harm’s way when residents have already evacuated a burning home.”The NFFF and Kidde have partnered through the Be A Hero, Save A Hero℠ program to provide 10-year smoke alarms to other communities and to educate consumers about the alarms. To learn more and to take the Be A Hero, Save A Hero℠ pledge, go to www.alarmpledge.com.  Similarly, The United States Fire Administration encourages the public to become more active in fire prevention and safety through its "Fire is Everyone's Fight™" program.

Kidde Fire Safety (Kidde) is the leading manufacturer of residential fire safety products; including the 10-year sealed lithium battery operated smoke alarm.  “Alarms with sealed-in long-life batteries are always on, ready to provide warning in the event of a fire,” said Neal Zipser, community affairs manager of Kidde.  “On average, you only have three minutes to escape a fire, so these alarms offer families the chance to escape quickly and safely.  By being able to escape, the risks firefighters face will also be reduced as they will work on controlling the fire rather than extracting residents.”

Prince George's County citizens in need of a working smoke alarm and can not afford to purchase one themselves are encouraged to contact the Fire/EMS Departments Safety First Smoke Alarm Program at 301-864-SAFE (7233) or by calling 311. 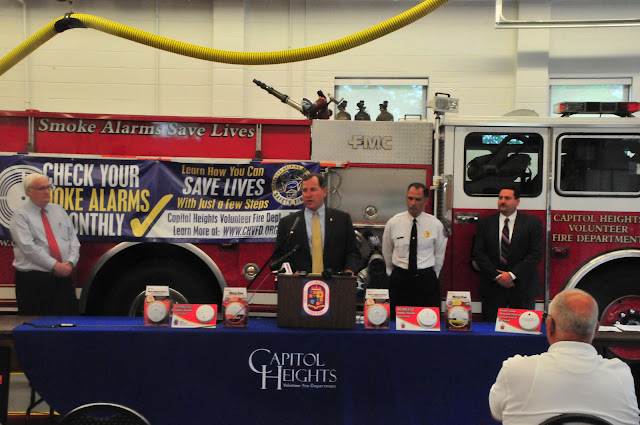 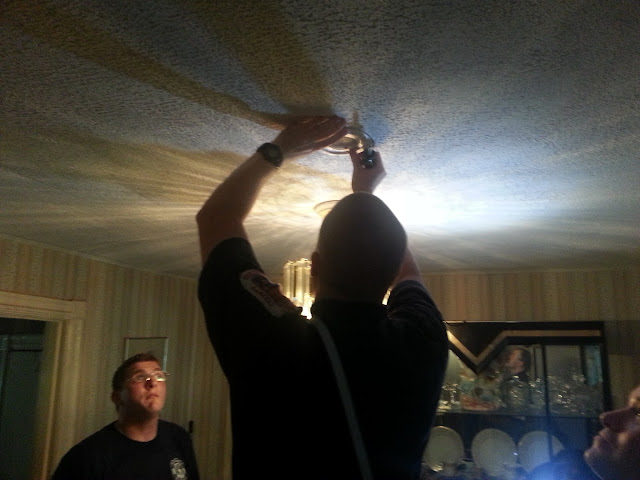 Posted by PGFD at 6:48 PM No comments: Links to this post