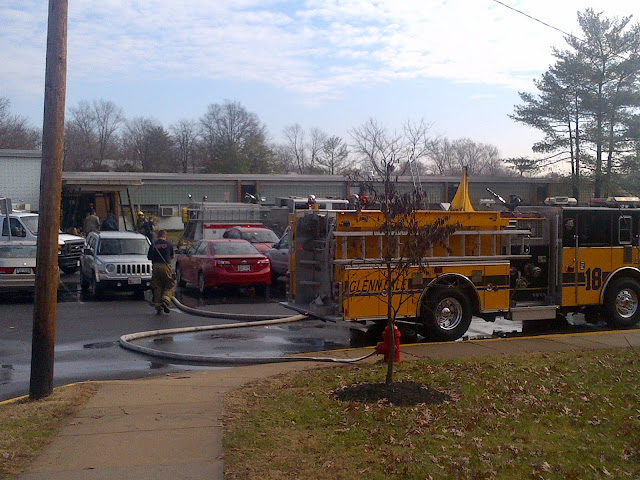 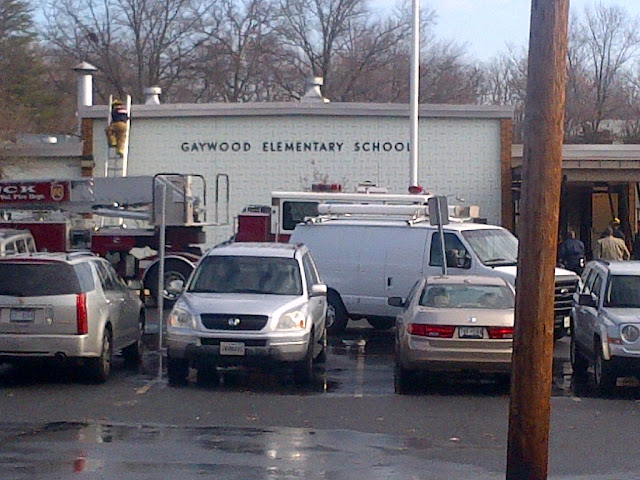 At about 9:15 am firefighters were dispatched to investigate smoke in the area of the boiler room of the Gaywood Elementary School in Lanham.

As firefighters searched for the source of the smoke the school had conducted and completed an orderly evacuation of all students and staff from the building.

A fire was soon located in the roof assembly above the boiler room. It appears the natural gas fed boiler malfunctioned and overheated. The heat from the exhaust pipe was so hot it ignited insulation in the ceiling/roof area. Firefighters initiated a work intensive operation to remove the roof from above and ceiling area from below the boiler room. After about 15 minutes firefighters were able to access the area on fire and extinguish it. The electricity and gas service was shut off to the school.

Work has begun to overhaul and clean-up the damaged boiler room area. Parents should await word from the school concerning Tuesdays status.

The cause of the fire is accidental and attributed to a malfunctioning furnace. Fire loss is estimated at $15,000. No injuries were reported.