A Prince George's County Firefighter/Medic was injured battling a house fire this morning.  Just before 7:00 am, Wednesday, August 5, Firefighters were alerted to a house fire in the 6200 block of Kolb Street in Fairmont Heights.  Fire/EMS units arrived to find smoke coming from the house and a working fire in the kitchen area.  The fire was quickly brought under control and while doing so a firefighter sustained an arm injury.  He was transported to a nearby hospital where he was treated and released.

The house is a vacant structure and the cause of the fire is undetermined.  Fore loss is estimated at $20,000.

Citizens are encouraged to call 911 if they see any activity around vacant structures.  If you see something - say something and call 911.


Posted by PGFD at 6:52 PM No comments: Links to this post

Just before 12:00 Noon today businesses and a nearby Fire/EMS Station heard what sounded like an explosion.  Shortly thereafter firefighters and medics were alerted to an injured person at a warehouse in the 8000 block of Penn Randall Place in Forestville.  This is a warehouse industrial complex located to the rear of the Forestville Fire/EMS Station.

It appears a chemical delivery truck arrived at a power washing company to deliver Sodium Hypochlorite.  This chemical is described as a highly concentrated bleach that is used as a cleaning agent and in commercial swimming pools.  The driver started to fill a 55-gallon drum that apparently had not been cleaned entirely of its previous acid based product.  A violent chemical reaction between the acid residue and Hypochlorite occurred causing the drum to explode, injuring the driver and spewing chemicals about the warehouse.

First arriving firefighters donned complete personal protective gear including their self-contained breathing apparatus and entered the warehouse to remove the victim.  The driver, a 50 year old male, sustained a serious leg injury including deep cuts and thermal burns.  The male was treated for his injuries, decontaminated and transported by medics to a Burn Unit.  His condition was "serious."

Four people were inside the warehouse when this occurred.  They went to help the driver and came in contact with the chemical product.  They were experiencing symptoms typical of exposure to the bleach product including difficulty breathing and being light headed,  These four were also decontaminated and transported to a local hospital for treatment.

All firefighters that came into contact with the chemical and victims and haz-mat personnel had to be decontainamated as well.

The majority of Fire/EMS and Haz-Mat Units were cleared by about 4:00 pm. 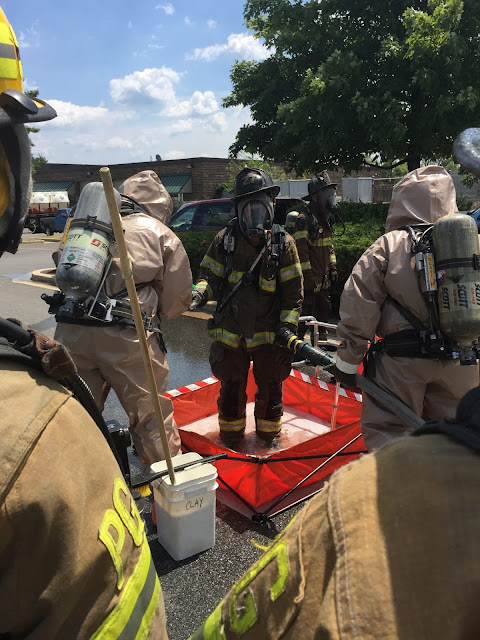 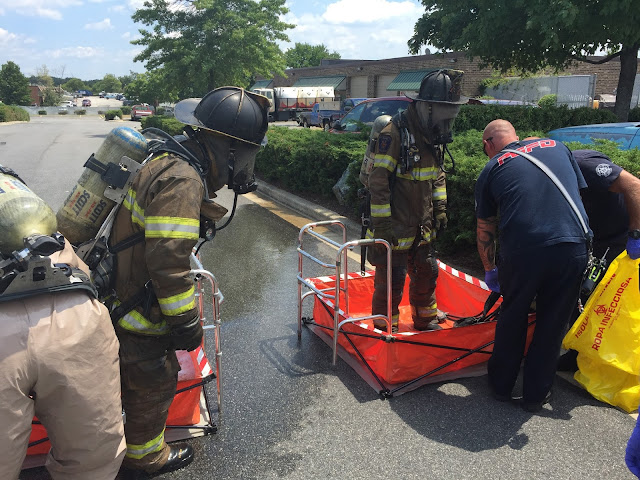 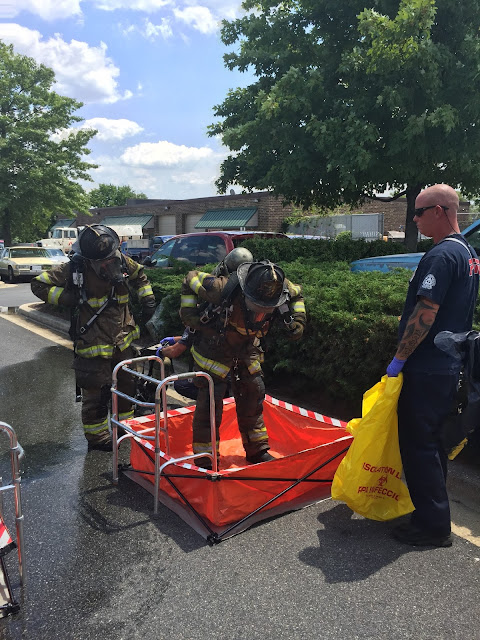 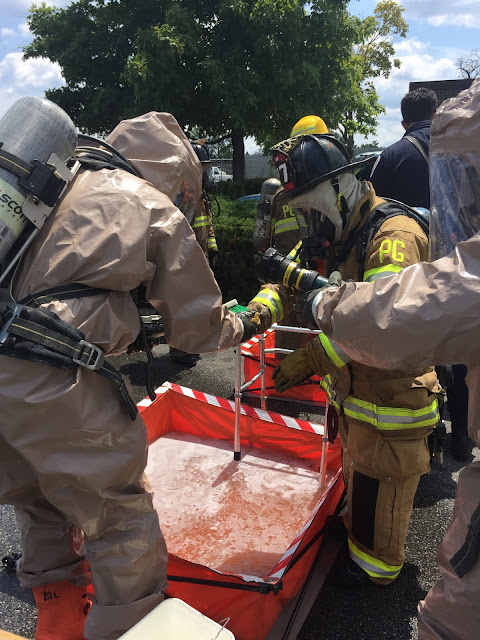 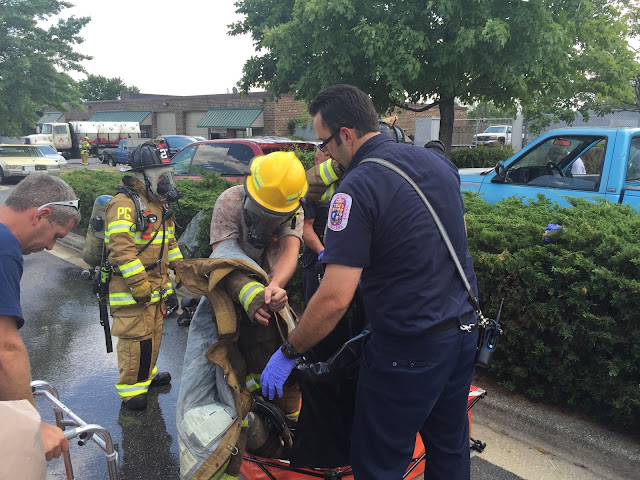 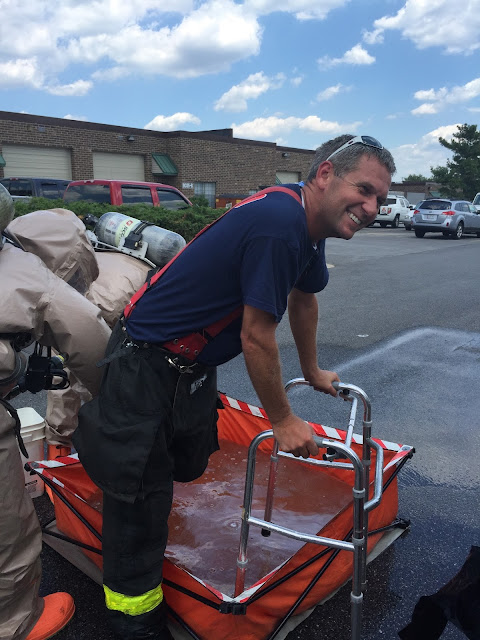 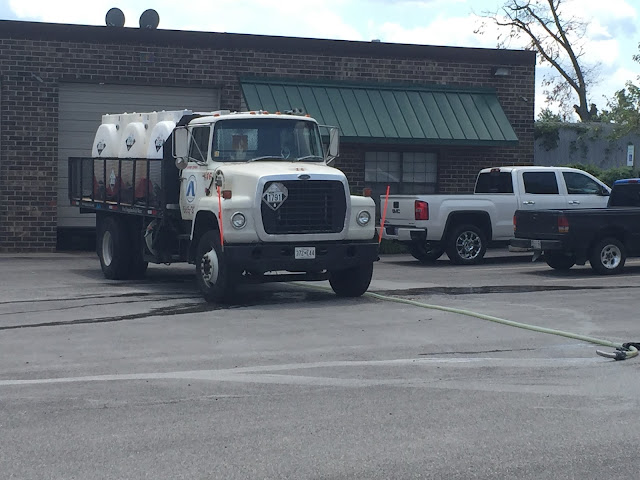 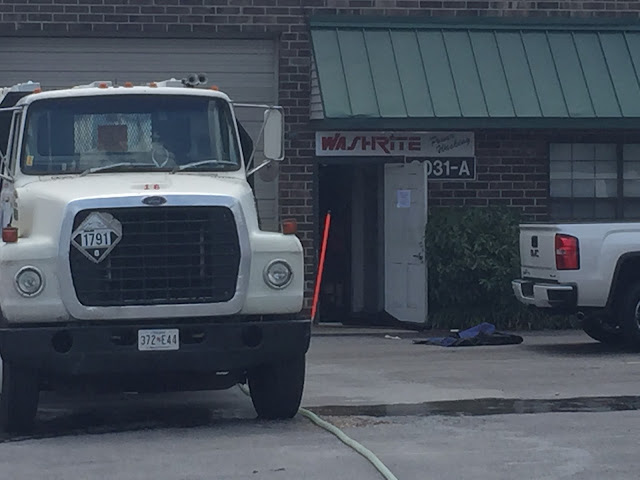 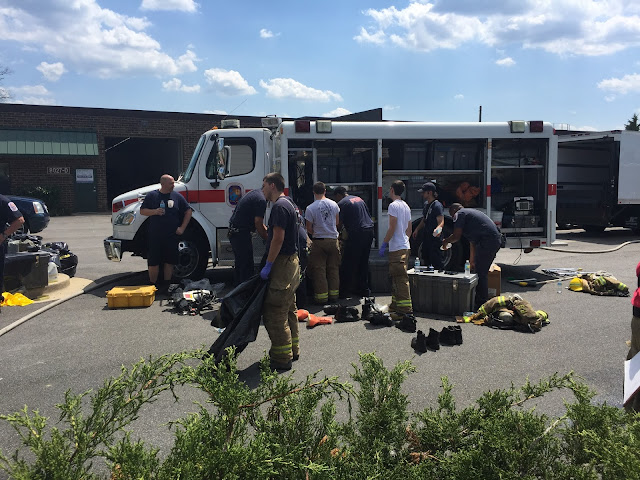 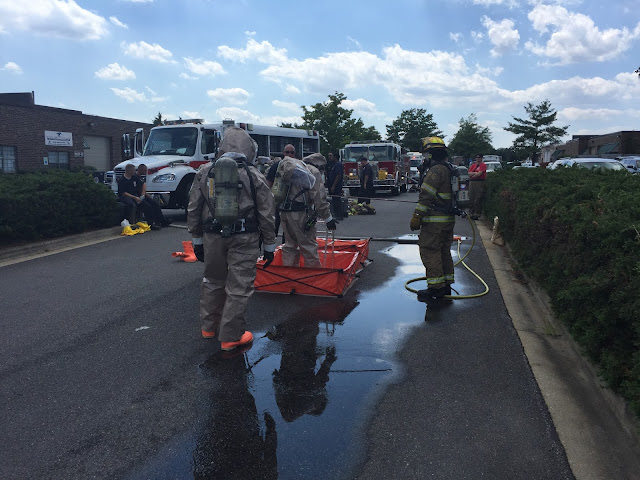 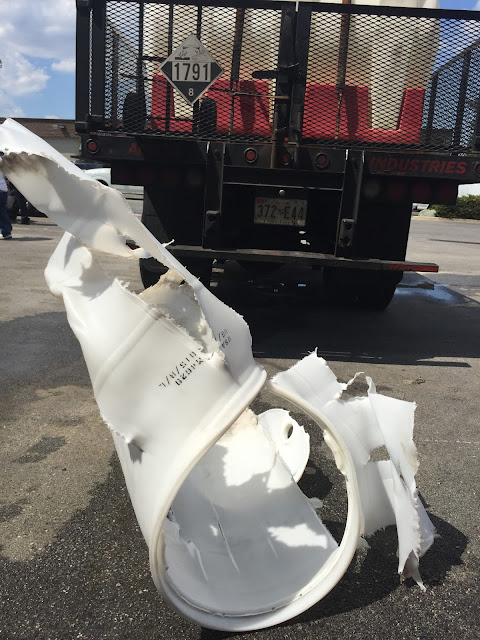 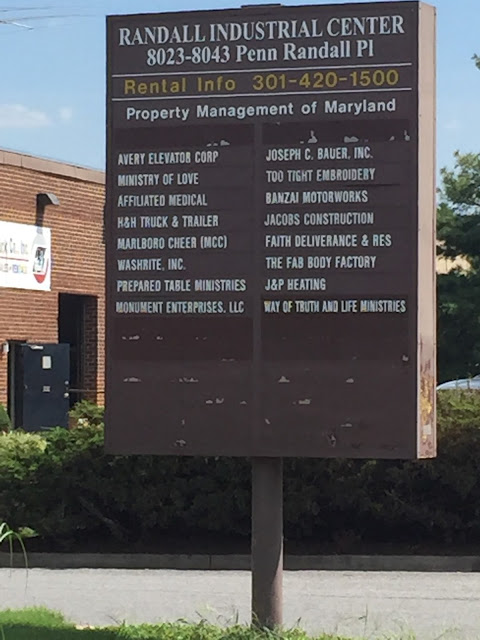