Prince George’s County Firefighters battled a fire in a Mount Rainier house originally constructed in 1922 this morning.  At about 10:30 am, Monday, September 30, firefighters arrived at a 2-story, nearly 1400 square feet, single family home at 3200 Shepherd Street with fire showing from the first floor.  Firefighters not only had to battle the fire but also cluttered conditions making movement inside the home a challenge.  There was some fire extension to a portion of the second floor before being completely extinguished.

An adult male, 20ish, escaped the fire before the Fire/EMS Department arrival.  He sustained burn injuries to his lower extremities and was transported to a nearby Burn Unit in fair condition.   This was the only injury reported.

A total of three occupants are displaced as a result of the fire damage.  They are receiving assistance from the County Citizen Services Unit with temporary arrangements.

There were 35 firefighters and medics on the scene.  It required 12 minutes to extinguish the fire.  The on scene cause and origin investigation is complete with the case remaining open and on going. Fire loss is estimated at $30,000.

Posted by PGFD at 1:23 PM No comments: Links to this post


The following information was provided by PGCVFRA Secretary Margie Dickey. 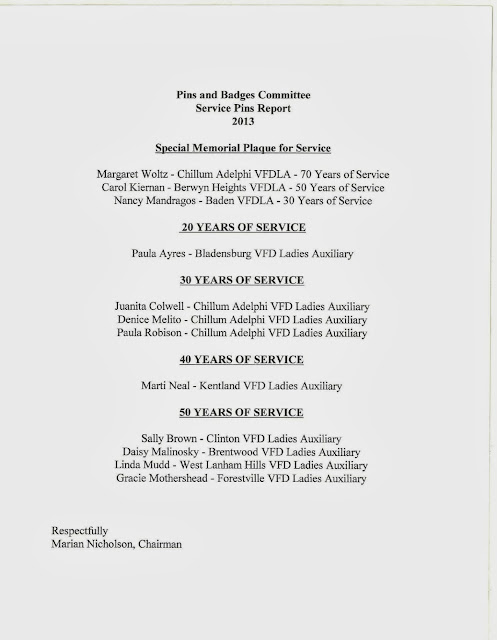 Posted by PGFD at 11:14 AM No comments: Links to this post