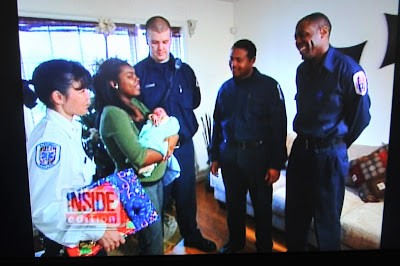 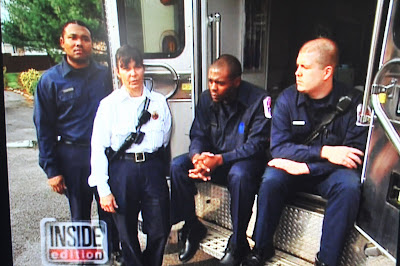 Producers from INSIDE EDITION have notified us that the Prince George’s County Fire/Emergency Medical Services Department will be a part of a feature story on their show. The show airs tonight (Baltimore area) and tomorrow morning (Washington DC area).

On the INSIDE EDITION website are the listings for each state. In Maryland (Baltimore area) we come on WBAL, channel 11, at 7 p.m. and in the D.C. area we come on WUSA, channel 9, at 10:30 a.m. --- so tonight’s show would be on tomorrow morning.

The story covers the rescue of a lifeless Sade Davis from a creek in Clinton, her resuscitation and recovery and up until she gives birth just weeks later.
Posted by PGFD at 4:51 PM No comments: Links to this post

Email ThisBlogThis!Share to TwitterShare to FacebookShare to Pinterest
Labels: inside edition, pgfd

Just before 3:30 AM, Monday, January 4, 2010, Firefighters from Kentland and surrounding communities battled an apartment fire and rescued several residents. Fire/EMS units responded to a fire in a terrace level apartment at 3401 Dodge Park Road, a 3-story garden style apartment building. First arriving units encountered fire showing from a terrace level apartment with heavy smoke and high heat blocking the egress of residents on the upper floors. Some of these residents sought refuge on their balconies where six were safely removed by firefighters using ground ladders. Other resident’s sheltered-in-place until it was safe to exit by way of the buildings interior stairwell.

It took 40 firefighters about 30 minutes to knock the fire down. Forty residents were evacuated from the building but only two apartments will be declared uninhabitable. A total of 2 residents will be displaced and are being assisted by apartment complex management with other apartments. A 50ish year old female from the apartment of origin was transported to a burn unit for smoke and burn injuries, she is in fair condition.

Fire loss is estimated at $25,000 and the cause is accidental and attributed to smoking materials.
Posted by PGFD at 8:38 AM No comments: Links to this post