Prince George’s County Acting Fire Chief Marc S. Bashoor had the opportunity to visit the testing site for the Department’s Candidate Physical Agility Test (CPAT) on Saturday, December 11, 2010, and observed candidates practicing the timed course.  The Department is utilizing Anne Arundel’s County CPAT facility in Millersville and Chief Bashoor met with Anne Arundel County Fire Deputy Chief Reinhold C. Strobel, Planning Bureau and Keith D. Swindle, Division Chief, Training & Research Division.
This is the first time that we are requiring successful completion of CPAT to continue in the employment process for Firefighter/Medic.  Bashoor greeted many of the candidates as well the departmental personnel assisting with CPAT. 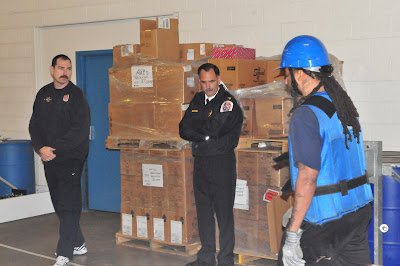 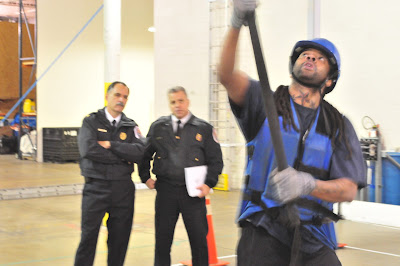 Posted by PGFD at 2:50 PM No comments: Links to this post

MEDIA CONTACT: Mark E. Brady, Chief Spokesperson, 240-508-7930, mebrady@co.pg.md.us
Dozens of members of the Prince George’s County Fire/Emergency Medical Services (EMS) Department participated in a multi-agency drill on Thursday, December 9, 2010. Personnel from the Department’s Bomb Squad and Emergency Operations participated with local, state and federal agencies, both law enforcement and fire/EMS, at a facility in the District of Columbia. The drill involved "active shooters" with explosive devices and multiple casualties. The scenario played out to involve various aspects of our Department including EMS establishing a triage area, patient tracking, bomb squad deployment, suppression unit support, and interoperability.

Overall the drill was a tremendous success which re-enforced our role and capabilities in a multi-jurisdictional, mass-casualty incident. 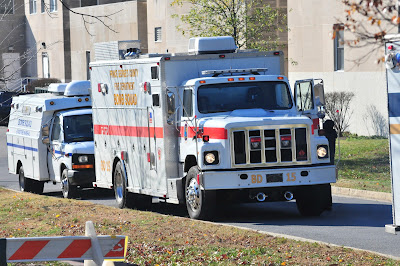 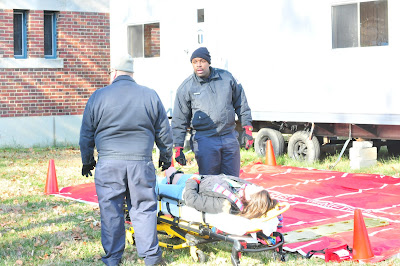 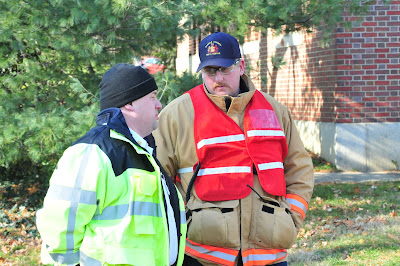 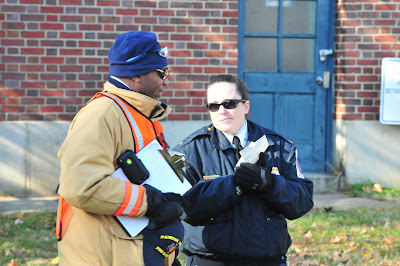 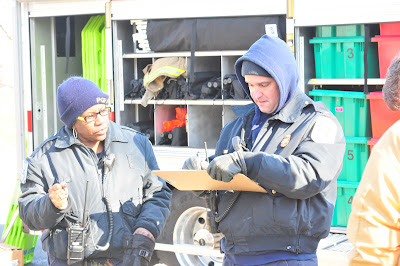 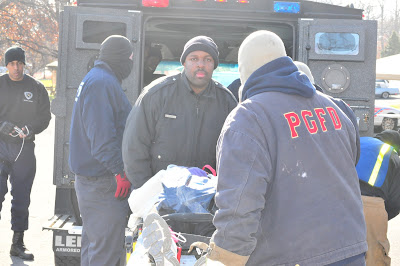 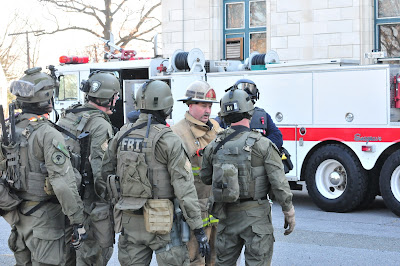 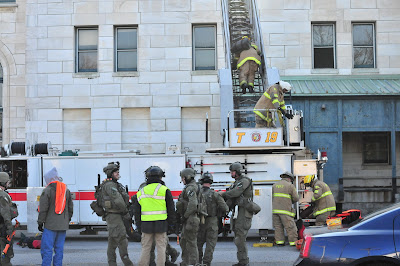 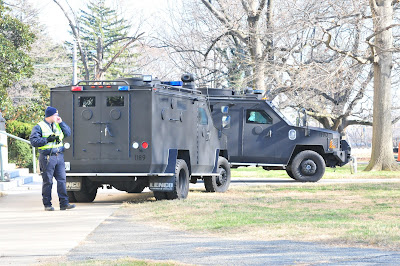 Just before 11:00 am, Monday, December 13, 2010, firefighters were alerted to a fire at   10247 Prince Place. Fire/EMS units arrived to find fire showing a second floor balcony. The fire was quickly extinguished and limited to the exterior balcony with minor extension to the apartment interior.

The fire appears to have started from a discarded cigarette on the balcony igniting combustible materials. The apartment of origin will be displaced. No injuries were reported and fire loss is estimated at $10,000.

Posted by PGFD at 11:51 AM No comments: Links to this post