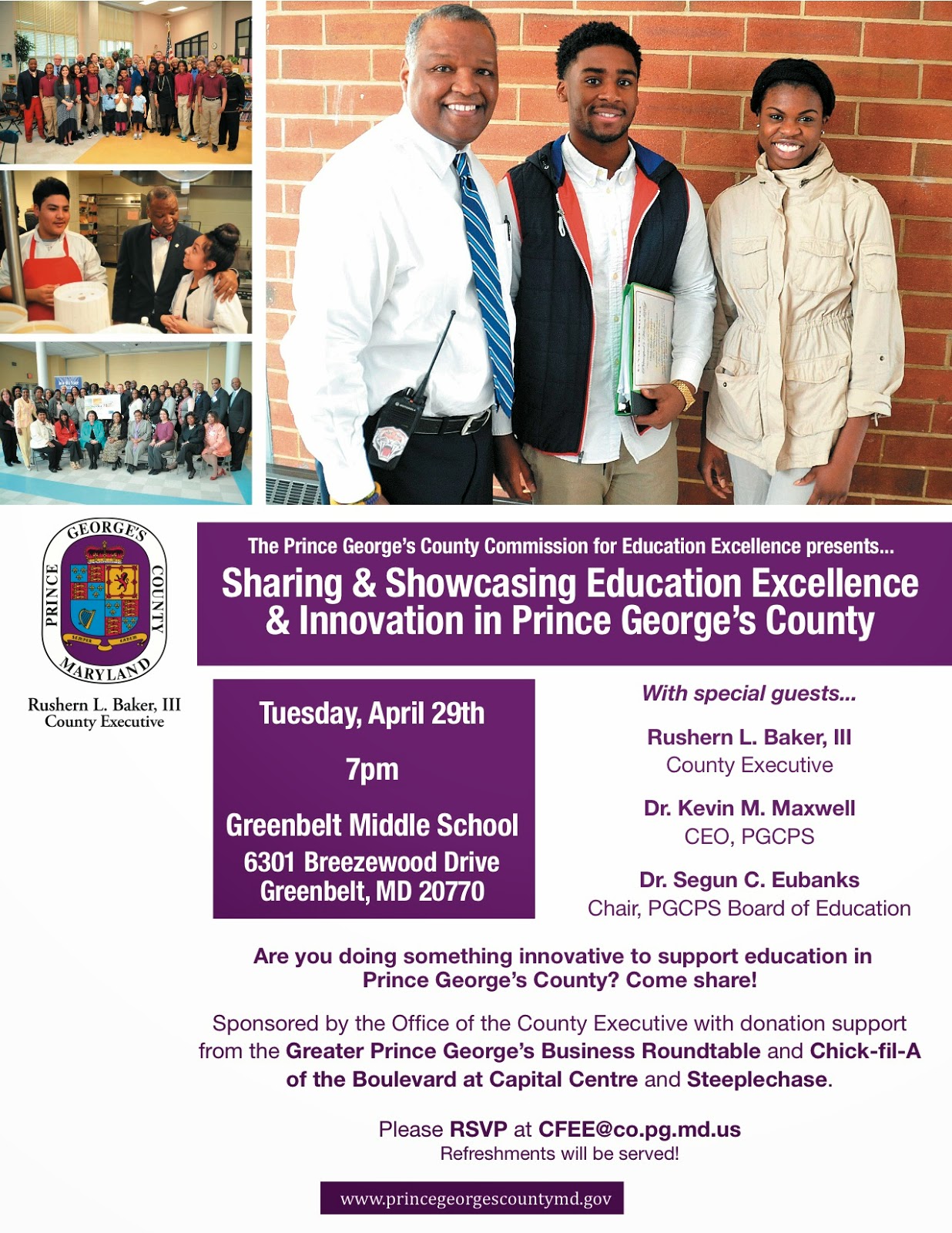 Posted by PGFD at 4:30 PM No comments: Links to this post

To date, the results have been dramatic.  Prince George’s County has witnessed a marked increase in the number of incidents where residents have been awakened and alerted to a fire by the sound of a working smoke alarm.  As a result, the County is currently on pace to record one of its lowest annual residential fatality rates in years.

Thursday, May 1, 2014, marks our “Safety first Day of the Month” - Just one of the many “Safety First” programs to assure, Everyone Goes Home”.

The men and women of the Prince George’s County Fire/EMS Department will begin the day by participating in a Press Conference with Fire Chief Bashoor.  Staff will then depart to conduct a door-to-door campaign to check smoke alarms.  Firefighters will install a 10-year smoke alarm in any home that lacks the valuable protection of a working smoke alarm.

A representative from KIDDE Safety Products will also be on hand to discuss the 10-year smoke and CO alarm technology and why these new alarms will save lives.

WHO:     Fire Chief Marc S. Bashoor, Command Staff, Firefighter/Paramedics, rep from KIDDE
Posted by PGFD at 4:23 PM No comments: Links to this post


A Prince George’s County Firefighter/Medic is vying for another title in front of his name; America Ninja Warrior.  Aric Lee, 38 years-of-age, is a nine-year member of the Prince George’s County Fire/Emergency Medical Services (EMS) Department ((PGFD) and is in Miami Florida competing for the title.  Currently assigned to the Paramedic Unit at the College Park Fire/EMS Department Station 812 Lee has taken leave to compete for the second time in the past three years for the distinction of American Ninja Warrior.  Firefighter Lee has prepared himself both mentally and physically for the competition. 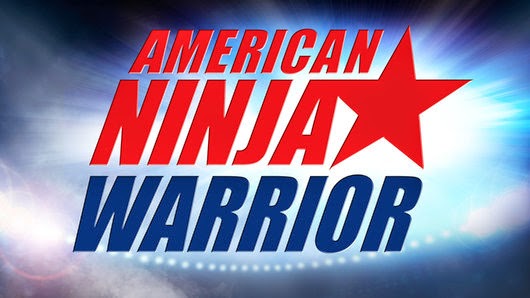 The action-packed premiere follows competitors as they tackle a series of challenging obstacle courses in both qualifying and finals rounds across the country. Those that successfully complete a course in their designated region will move on to the national finals round in Las Vegas, where they face a stunning four-stage course modeled after the famed Mt. Midoriyama in Japan.

This season, the series will travel to five cities in search of the ultimate athlete - Los Angeles, Dallas, St. Louis, Miami and Denver - before heading to Las Vegas. Men and women from all walks of life will vie for the title of "American Ninja Warrior," including school teachers and firemen, current and former members of the military, amateur sports enthusiasts and even a few Olympic gold medalists.

In order to guarantee a spot in the national finals, competitors must successfully complete the finals course in their respective city. From there, competitors will travel to Las Vegas and earn the chance to win the title of

Based on the global hit "Sasuke," from the Tokyo Broadcasting System Television, the original series is in production for its 30th season and only three contestants have completed the course.

Fire Fighter/Medic Aric Lee feels better prepared for this years competition and is looking forward to the start of shows production.  While competing , Lee is bound to some degree of “secrecy” as he progresses through the event.  You can follow him on Facebook here.

Posted by PGFD at 12:37 PM No comments: Links to this post

Two Sons, Firefighter/Medics for PGFD, Ride with Dad, Retiring After 35 Years of Service in Montgomery County

Talk about "Take Your Kids to Work Day" this was a family reunion on April 24, 2014.  This was the final day of a 35 year career for Master Fire Fighter Steve Wiseman of the Montgomery County Department of Fire/Rescue Services.  His two sons, John and Jason, are officers with the Prince George's County Fire/EMS Department, surprised him by being part of his crew that day.

A local firefighter affectionately known as "Superman" will be retiring after spending more than 35 years on the force.
Steve "Superman" Wiseman once saved eight people from a burning house, all while wearing gym shorts.
"I had some close calls in my life but that was probably one of the closest," Wiseman said.
And it's not the daring, life-saving rescue that got him the nickname.
Wiseman had just gone through a bevvy of operations -- two knee surgeries, a neck fusion, a back operation -- and immediately returned back to work at the Montgomery County Fire Department.
"My body has been telling me for the past couple years it's time to go, it's starting to break down a little bit," he said.
Family, friends and co-workers shared affectionate stories of "Superman" Wednesday.
"It's very emotional," Wiseman said. "I feel like I'm losing a part of my family."
Though he is retiring, his two sons -- firefighters with the Prince George's County Fire Department -- will continue his legacy.
"The apple doesn't fall far from the tree!" Wiseman joked.
Wiseman, a single father, raised his boys in College Park.
"I look at them and I say, 'We did good.' I've raised my boys on baseball and the fire department."
He told News4's Zachary Kiesch after 35 years, he could operate a fire engine's seemingly complicated levers blindfolded.
"I loved going to work because I knew I was going to make a difference in somebody's life," Wiseman said.
On his last day, Wiseman got to work with his two sons.
MONTGOMERY COUNTY, Md. (WJLA) - Montgomery County Master Firefighter Steve Wiseman is making one of the last calls of his 35-year career, one of the most special.

Continue reading
On Thursday, Wiseman took a ride on the fire truck with his sons, Jason and John Wiseman. Both  followed him into the fire service and rose up through the ranks of Prince George’s County Fire Department.

“There’s not a prouder person on this piece than me that my sons are following in my footsteps like they are. It just doesn’t get more rewarding than that,” the eldest Wiseman said. “I raised them on two things I knew, and that was baseball and the fire department.”

Riding with his sons is memorable, but bittersweet, he said.

Over the years, he’s passed up promotions so he could always be there for his sons but that didn’t mean passing up the opportunity to help people.

In 2013, he rescued eight people using only a single ladder. That was one of his most memorable calls, Steve Wiseman said.

Other firefighters have given him the name, “Superman” because he seems to things that no other person can do.

“He’s probably the most passionate person in this career out there and he still says to this day, ‘I love waking up and going to work.’” his son, Lt. Jason Wiseman said.

Now as one season of his life draws to a close, he prepares for another role, one of full-time grandfather. 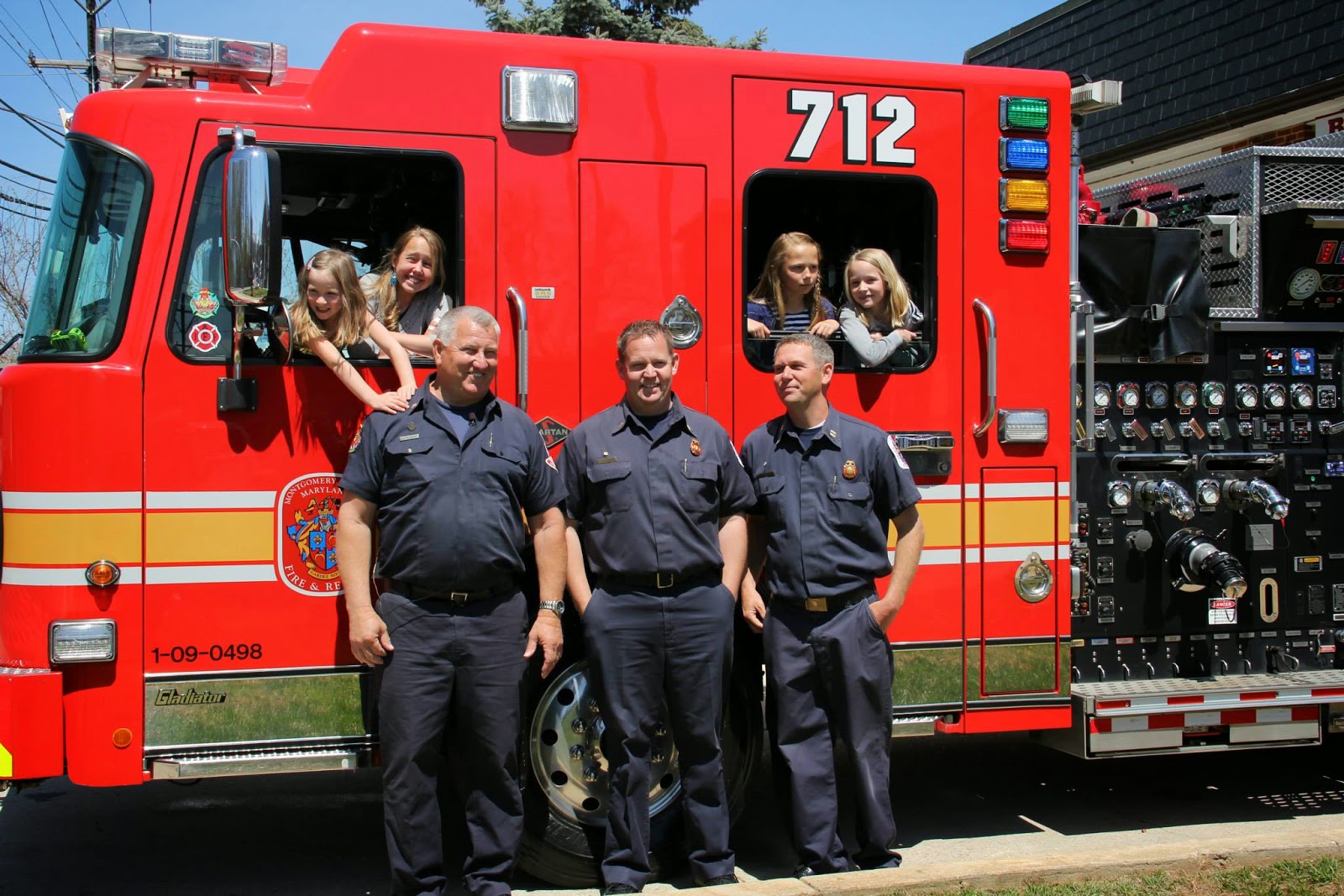 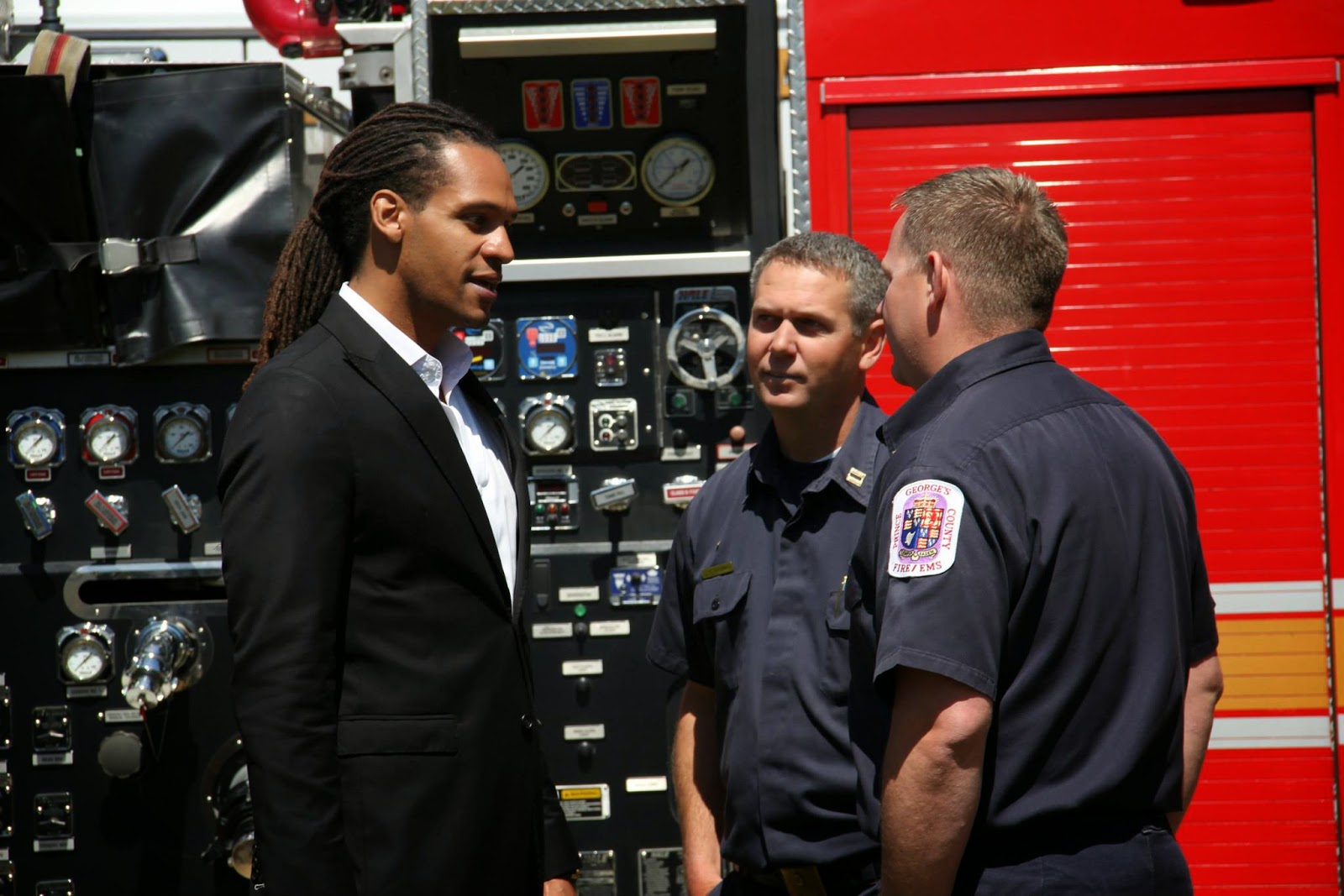 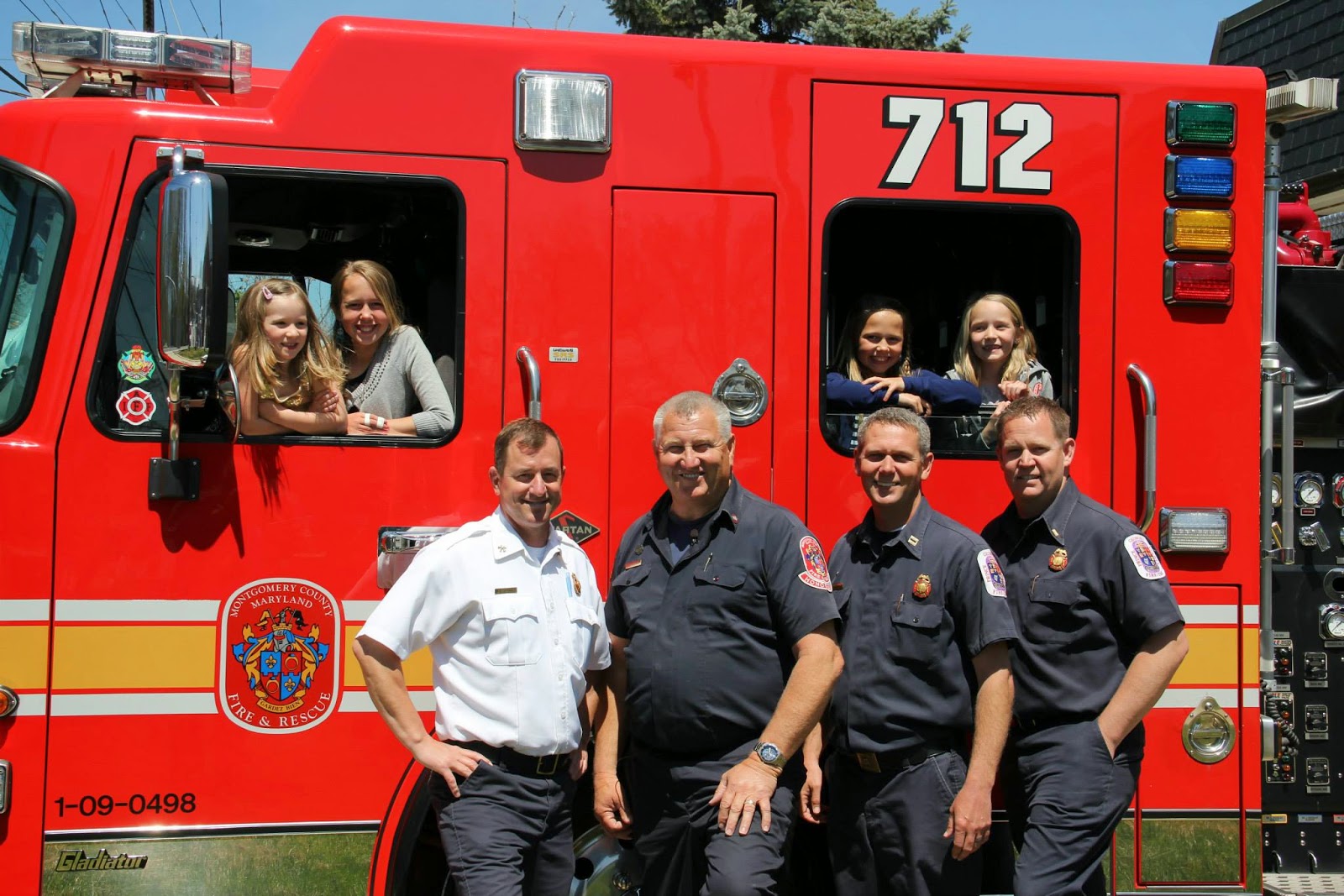 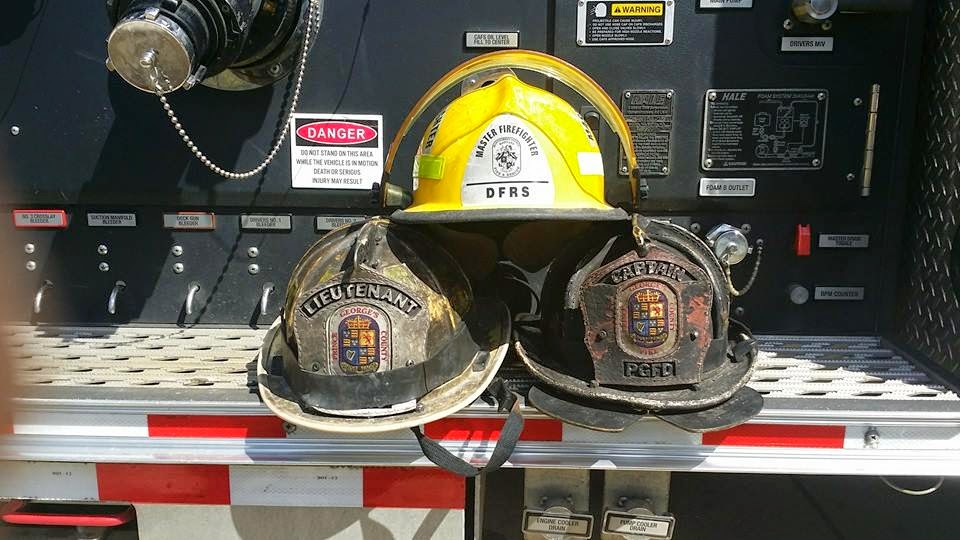 Posted by PGFD at 8:51 AM No comments: Links to this post