FIRE
SUPPRESSION SCHOLASTIC ACHIEVEMENT AWARD
The Fire Suppression Scholastic Achievement Award is presented to an individual in each Career Recruit School who achieved the highest academic average on the fire suppression written examinations and practical evolutions.


INSTRUCTOR'S AWARD
The Instructor’s Award is presented to an individual in each Career Recruit School who has shown the highest level of personal improvement, development, and dedication during the class. In short, we identify the recruit who has contributed significantly to the success of the class overall either by helping others or through self-improvement. The individual earning this award can be one with no previous experience in emergency services and progresses to an outstanding level of proficiency; or an experienced person who dedicates him or herself to assisting other class members be successful throughout Recruit School.


MEMORIAL AWARD
The Memorial Award is a very special recognition presented to an outstanding recruit from each Career Recruit School who has displayed that rarest combination of professionalism, courage, and "espirit de corps." Such traits serve to honor their fallen comrades, and uphold the highest traditions of the Prince George’s County Fire/Emergency Medical Services Department.

FIRE CHIEF'S AWARD
The Fire Chief's Award is the highest recognition for Career Recruit Schools. This award is bestowed on an individual in recognition of achievements that have made significant contributions to the graduating class. Selection criteria emphasize leadership, professional development, integrity, performance, and personal growth. This award is given to the recruit who best exemplifies the conduct required of the Prince George’s County Fire/EMS Department.


Today we learned from Liz Crenshaw from NBC 4 News that the Consumer Product Safety Commission has issued a voluntary recall on the product.

This is the report from Liz Crenshaw on NBC 4 News


View more videos at: http://nbcwashington.com.
Posted by PGFD at 3:39 PM No comments: Links to this post

Media Contact: Mark E.Brady, Chief Spokesperson, 240-508-7930
As firefighters from the area were stilling working at a townhouse fire on Chester Grove Road, another report of a structure fire was received in the Forestville area.  Firefighters from other areas had been transferred into the area to ensure adequate coverage while personnel were busy dealing with the other incident.  As an example, an engine and personnel from Bladensburg Fire/EMS Station #809 were transferred into the area and operated at the scene of a large automotive repair facility in the 9400 block of Darcy Road in Forestville.  The automotive facility is operated by the County Department of Public Works and Transportation.  Firefighters arrived to find smoke coming from the facility and quickly located a fire inside the cab of a dump truck in one of the repair bays.  The fire was quickly contained and extinguished.  No injuries were reported.
The cause of the fire is under investigation and a fire loss estimate of $40,000. 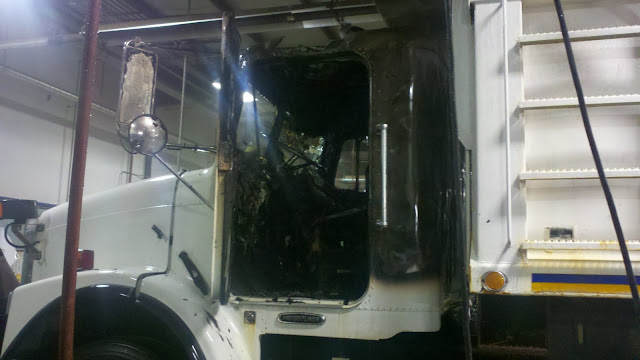 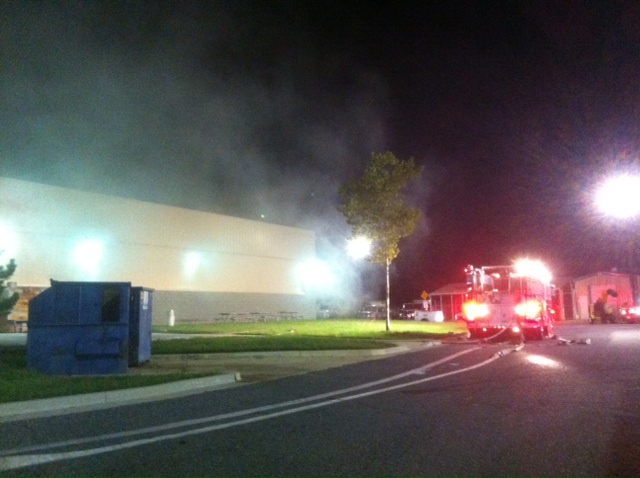 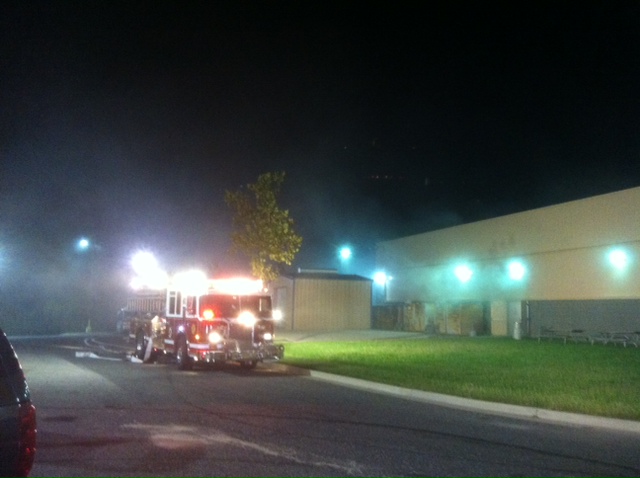 Posted by PGFD at 7:35 AM No comments: Links to this post

Media Contact: Mark E. Brady, Chief Spokesperson, 240-508-7930
Eleven residents, including 1 infant, were displaced after a fire damaged their row of townhouses.  Firefighters from the Forestville area were alerted to a structure fire at about 11:15 pm, Thursday, September 1, 2011.  Fire/EMS units arrived in the 3000 block of Chester Grove and arrived to find a 2-story, end of the row, townhouse with heavy fire showing.  Firefighters had already started their operations to advance hose lines into the interior of the structure when a fire damaged side wall collapsed forcing the evacuation of personnel from the burning structure.  After regrouping outside and ensuring all personnel were safe and accounted for, fire operations continued.  It required about 45 minutes to extinguish the fire.  In addition to the townhouse of origin four other townhouses were damaged and deemed uninhabitable.  No civilian or firefighter injuries occurred.  Fire Chief Marc S. Bashoor was in the area at the time of the call and arrived on the scene and observed operations.
The County Citizen Services Unit and the Red Cross will be assisting the displaced residents.  The cause of the fire is under investigation and fire loss is estimated at $525,000.
Attached photos illustrate the heavy fire conditions consuming the structure that firefighters had to deal with.  All images are by Marc S.Bashoor, Fire Chief. 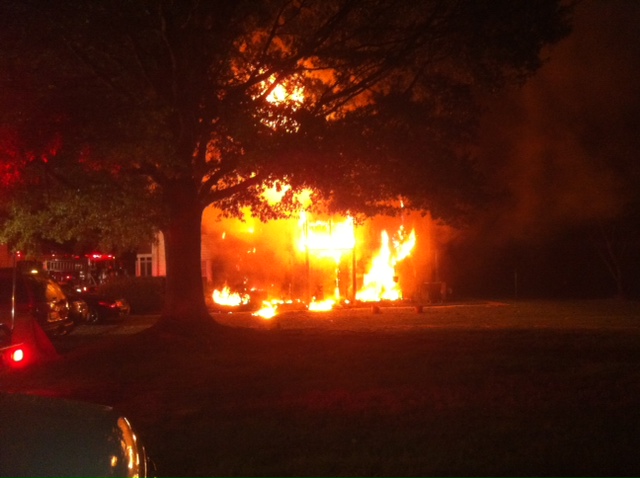 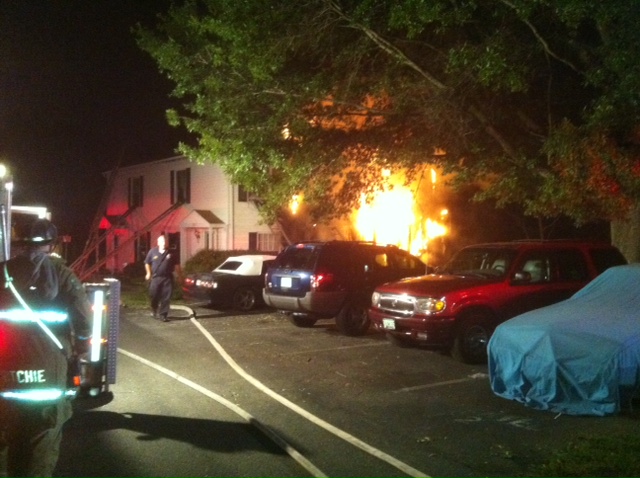 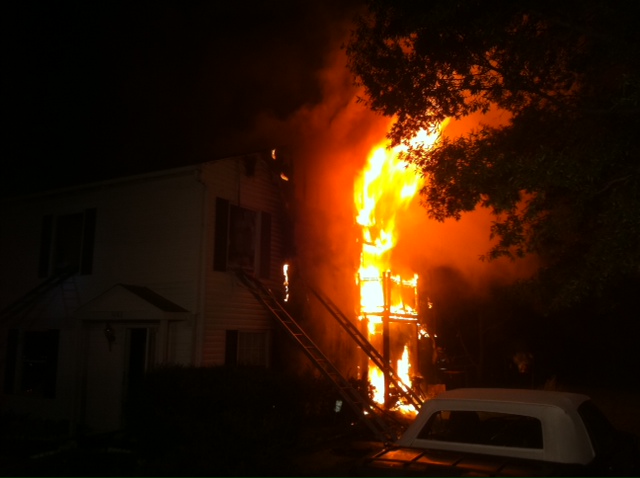 Posted by PGFD at 7:21 AM No comments: Links to this post