Posted by PGFD at 2:57 PM No comments: Links to this post

The Prince George’s County Fire/Emergency Medical Services (EMS) Department has made and is preparing to make several enhancements to improve service delivery to the citizens, businesses and visitors and improve the safety and health of our membership.  These enhancements are in part a result of an agreement between Prince George’s County and the Firefighters and Paramedics Association, International Association of Firefighters Local 1619.  “The increased staffing and additional emergency medical services will improve response times, provide a wider coverage area of advanced life support services and reduce stress placed on our busiest Fire/EMS Stations,” said Fire Chief Marc S. Bashoor.  “I applaud Local 1619 leadership for working with myself and the County in reaching this agreement,” concluded Bashoor. 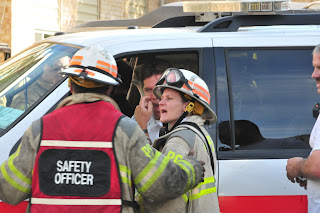 Another enhancement will place additional EMS units in service and up staff fire apparatus.  These changes will improve EMS response times to areas that have the highest demand for service and place additional advanced life support (ALS) paramedics on the street.  Additional EMS units, with dedicated staffing, are being placed in service in areas, or adjacent areas, where the call volume exceeds a 4,150 incident threshold.  Currently the District Heights, Suitland and Oxon Hill areas meet the criteria.

The up staffing enhancement will ensure that fire apparatus in some stations will have dedicated staffing of four personnel. The National Institute of Standards and Technology (NIST) conducted a 2010 study on staffing levels that showed that the size of firefighting crews has a substantial effect on the fire service's ability to protect lives and property in residential fires.  Performed by a broad coalition in the scientific, firefighting and public-safety communities, the study found that four-person firefighting crews were able to complete 22 essential firefighting and rescue tasks in a typical residential structure 30 percent faster than two-person crews and 25 percent faster than three-person crews.  Fire Chief Bashoor commented, “The addition of a dedicated fourth firefighter on-board fire apparatus has been proven to improve safety, accountability and overall fire service delivery.  It is my intention to continue in this direction to ensure everyone goes home after every call.”

The following is a breakdown of Fire/EMS Stations receiving additional staffing and new EMS units.  These changes will go in service on Sunday, July 15, at 7:00 am.


The Silver Hill Fire/EMS Station #829 will receive an additional 3 personnel per shift and will operate the following Fire/EMS units:

The District Heights Fire/EMS Station #826 will also receive an additional 3 personnel per shift and operate with the following Fire/EMS units: 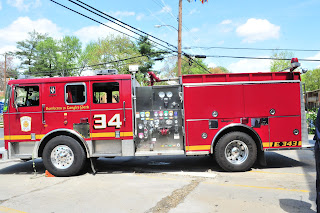 The Chillum-Adelphi Fire/EMS Station 834 will have 1 additional personnel assigned to day work, 7:00 am to 3:00 pm.  The addition will enable the Engine/Truck and Ambulance to each respond with full staffing during these hours.  Station #834 has a strong volunteer membership that provides additional staffing during the evenings, weekends and holidays.

“Overall, these additions provide improved Fire/EMS service delivery as well as improving the safety of all of our career and volunteer members,” stated Chief Bashoor. 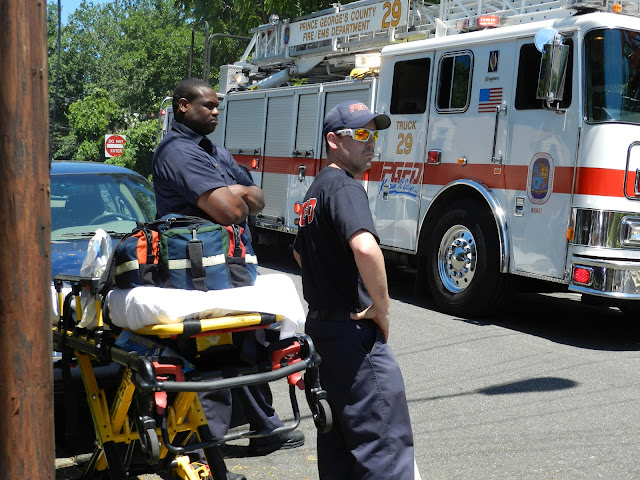 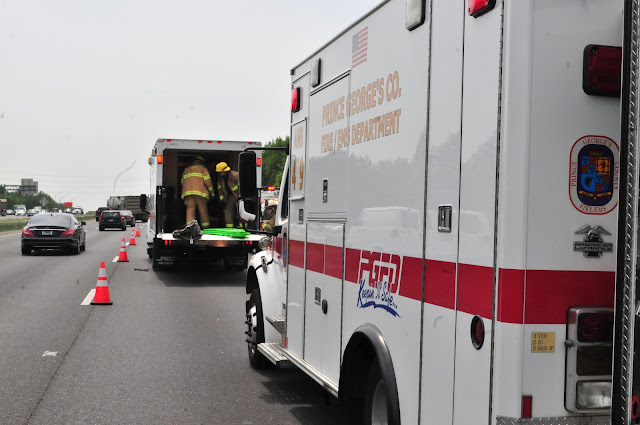 Posted by PGFD at 12:57 PM No comments: Links to this post


A Prince George’s County Firefighter/Medic was recognized as the American Legion - Department of Maryland - Career EMS Provider of the Year.  Fire Fighter/Medic Stephanie A. Buffum was presented with her award on Thursday, June 12, at the organization’s annual convention in Ocean City, Maryland.  In order to attain the Maryland State designation as the Career EMS Provider, Stephanie had to be selected among other nominees at the County and District levels as well.

Fire Fighter/Medic Buffum, according to the American Legion, is being recognized for her “extraordinary knowledge in the medical field, keen ability to problem solve, attention to detail, and profound dedication to the citizens she serves and protects. Her 12 years of service and accomplishments is just a short testament that she loves what she does, and bigger and better things are coming her way.”


The award ceremony was attended by Fire Chief Marc S. Bashoor, Fire Fighter/Medic Lieutenant Michael Buffum (Stephanie's husband), and four members of her crew that work with her at the Chillum Fire/EMS Station #844.

Chief Bashoor stated, "To be recognized by such a noble organization as the American Legion brings with the award a sense of honor and duty.  I'm proud of Stephanie and her career accomplishments in the field of emergency medical services, not only with the Fire/EMS Department, but also for her work at area hospitals."

The American Legion, Department of Maryland, is a community-service organization which now numbers nearly 81,000 members -- men and women -- in 157 American Legion Posts throughout the state of Maryland. These posts range in size from 15 members to over 4,700 members in a given post. 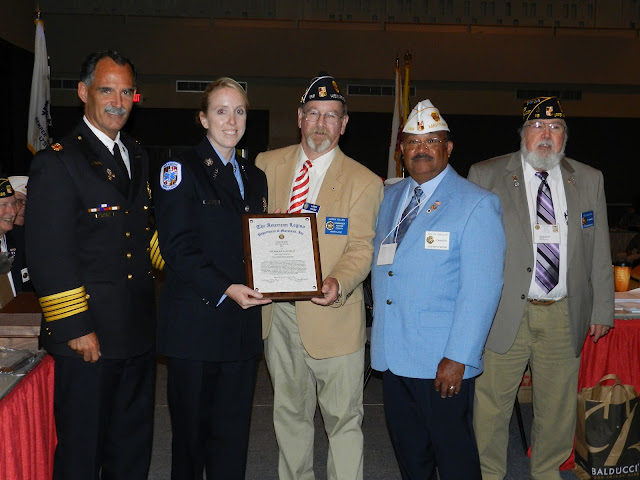 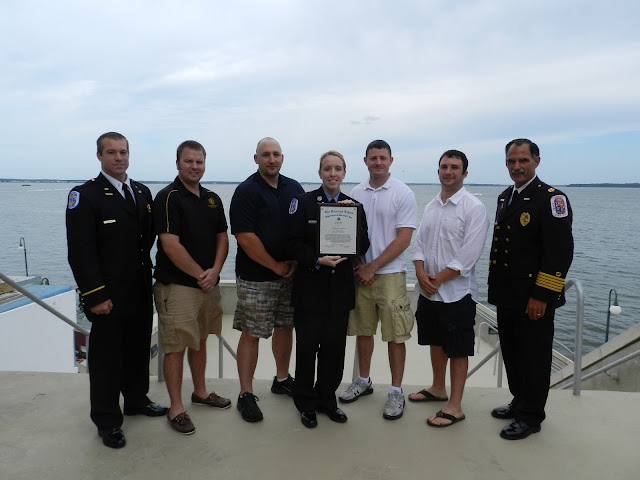 Prince George's County Firefighters are on the scene of a 3-Alarm apartment building fire in Montgomery County.  Fire/EMS units responded mutual aid to 14005 Castle Boulevard, 3-story garden style apartment building, for a report of a fire with people trapped around 7:15 - 7:30 this morning.  According to Montgomery County officials numerous rescues were made by first arriving units.

Posted by PGFD at 9:10 AM No comments: Links to this post