Click here for the job description and on-line application.


Posted by PGFD at 5:28 PM No comments: Links to this post

A Capitol Heights family was awakened by the sharp and crisp tones being emitted from their working smoke alarm.  Just before 5:00 am, Tuesday, February 25, 2014, firefighters were alerted to a house fire in the 4700 block of Heath Street and arrived to find a 1 ½ story single family home with fire and smoke showing.

The family met firefighters in the front yard to inform them that all members escaped safely; however, the family dog was still inside.  An electrical malfunction involving a surge protector appears to have ignited the fire in the basement.

The fire was extinguished within 15 minutes of arrival and caused an estimated $75,000 in fire loss.  Unfortunately, the dog did not make it outside and perished in the fire.

This is the second fire in two days where early morning fires occurred, smoke alarms activated and all family members were able to escape their house safely.  No injuries occurred in both incidents.

Lessons to be learned from this incident are that, Smoke alarms save lives!!!!  Additionally surge protectors and/or multi-port extension cords can be dangerous if overloaded or combustibles placed on or around them.  These electrical devices should be replaced every few years per manufacturer guidelines.  Newer electrical surge protectors have better safeguards against fire.


Posted by PGFD at 4:46 PM No comments: Links to this post

At around 12:30 pm, Tuesday, February 25, 2014, firefighters from the Kettering/Largo Fire/EMS Station 846 arrived on the scene of a working townhouse fire in the 600 block of Harry S. Truman Drive.  As is standard procedure, a working fire dispatch was sounded, sending the Emergency Medical Services (EMS) Supervisor to the scene of the fire.

The driver of each vehicle sustained injuries.  The female civilian was transported to a local hospital for minor injuries.  The Paramedic Captain suffered loss of consciousness and was transported to a nearby Trauma Center.  He regained conscious while on the scene and complained of pain in his back and tingling in some extremities.  He has been admitted to the hospital and is currently undergoing a battery of tests. The injured Captain was able to speak with Fire Chief Marc Bashoor via phone and sounded in good condition despite his ordeal.

The intersection of southbound Route 202 and Arena Drive was closed for nearly 2 hours for investigation and clean-up.  The Fire/EMS Department Safety Office and County Police will be conducting investigations into circumstances of the crash. 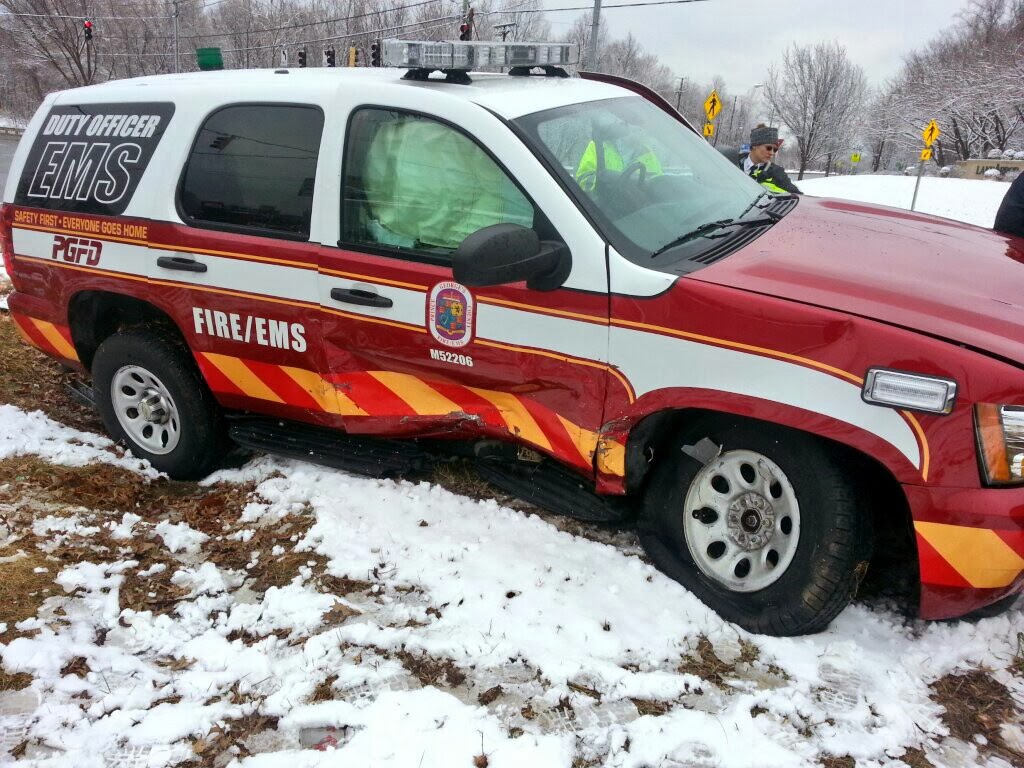 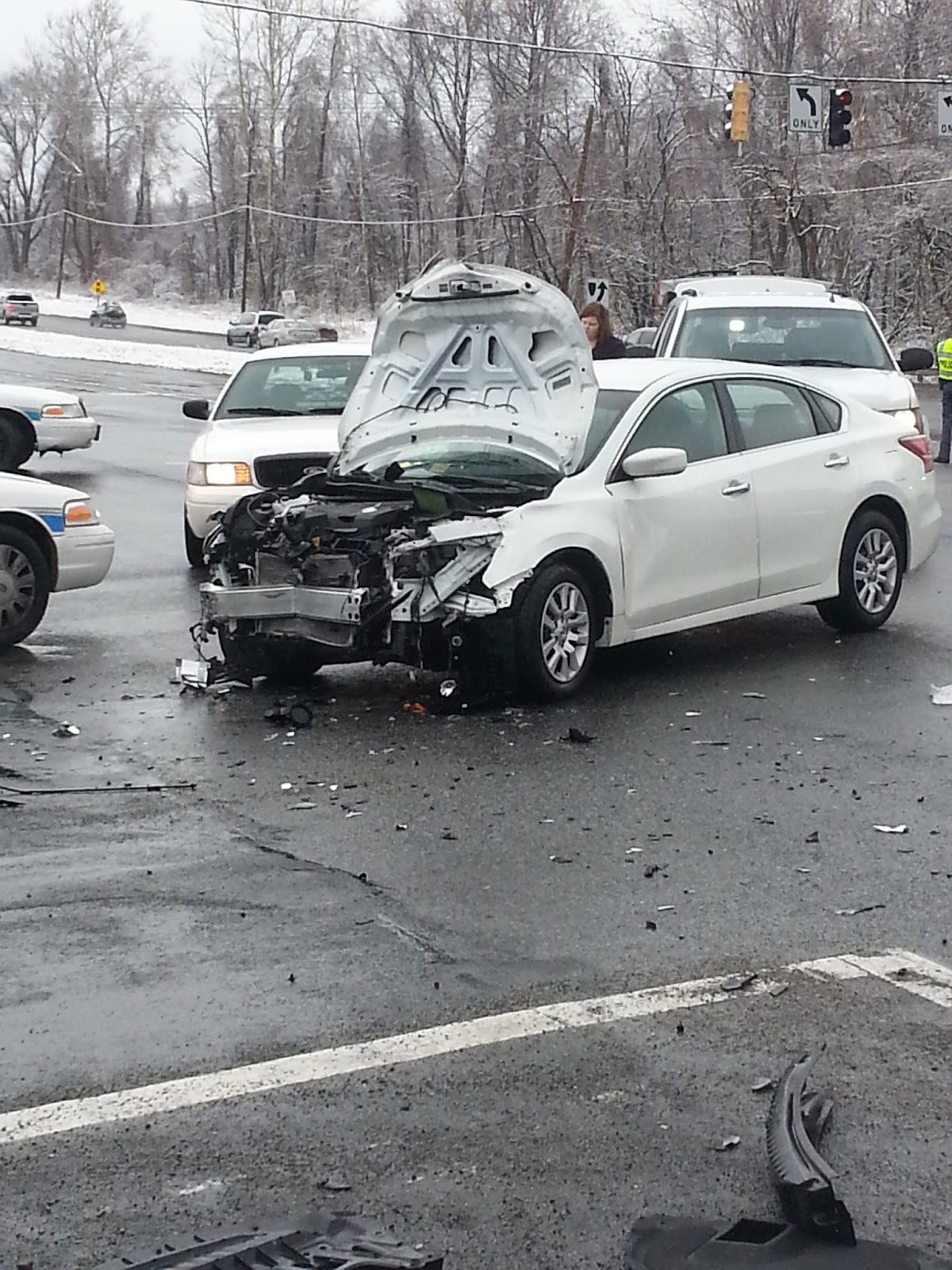 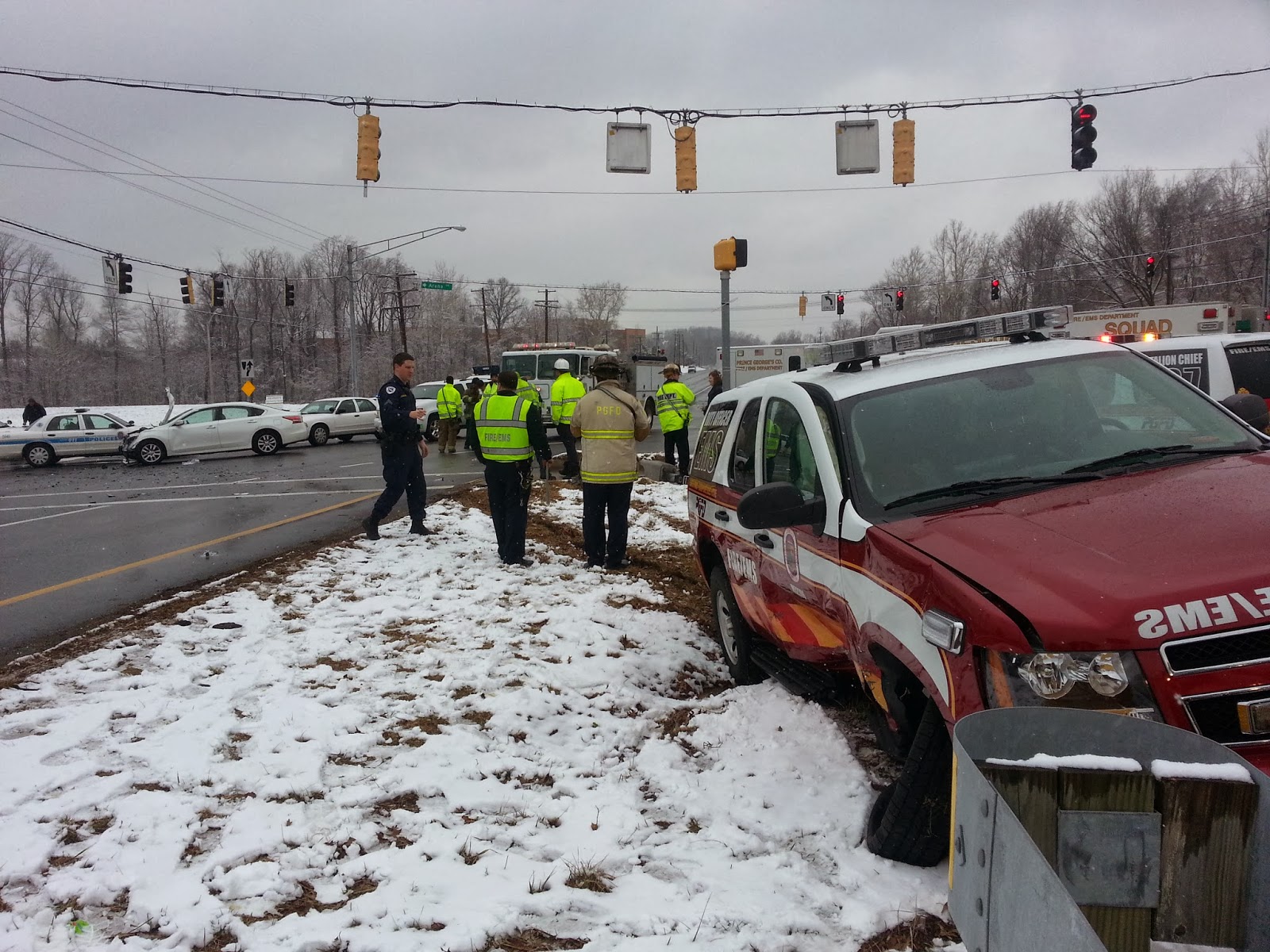 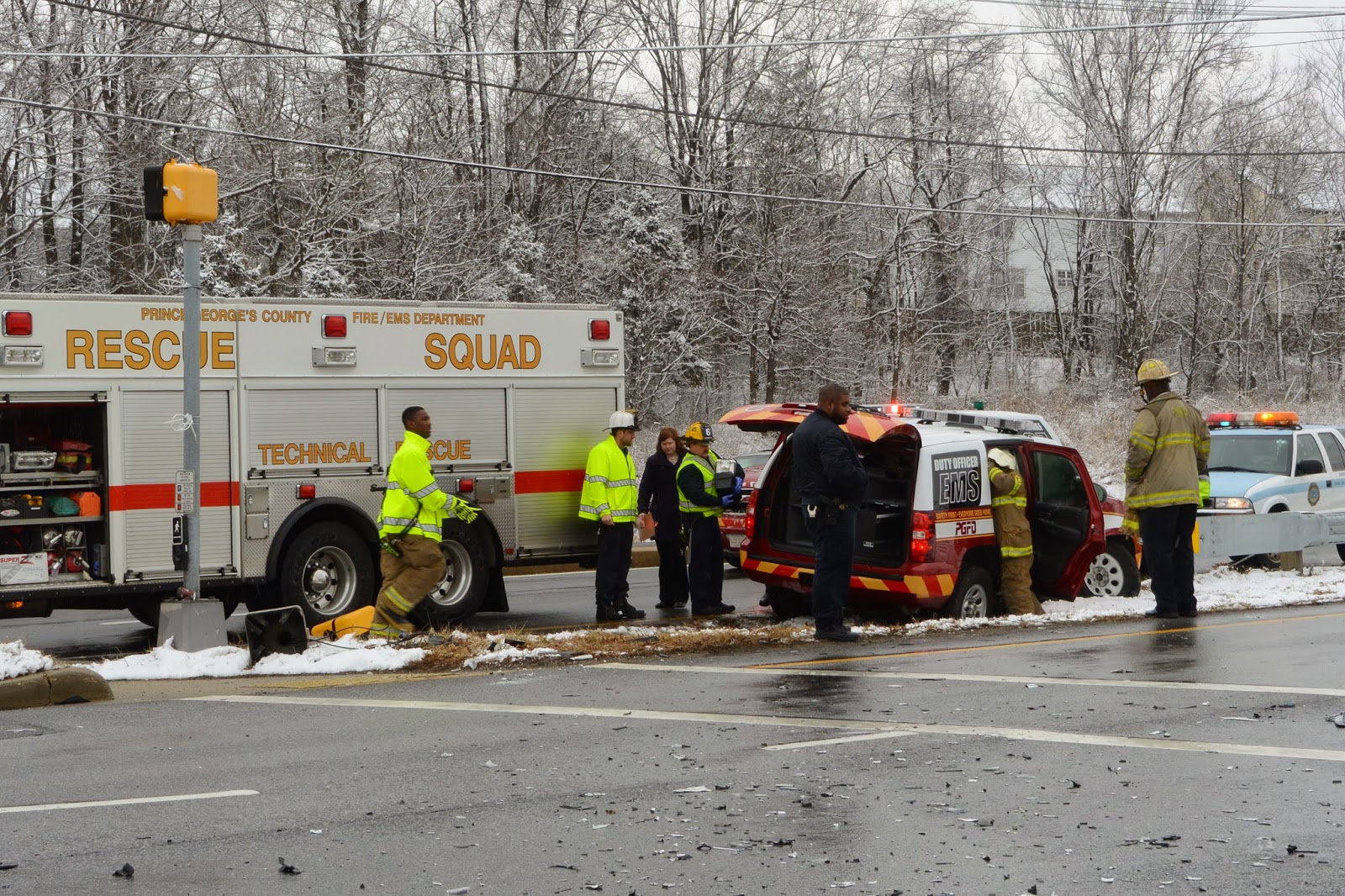 Posted by PGFD at 4:22 PM No comments: Links to this post

At about 12:30 pm, Tuesday, February 25, 2014, firefighters were alerted to a townhouse fire in the 600 block of Harry S. Truman Drive in Largo.  First arriving firefighters from the Kettering/Largo Fire/EMS Station #846 were the first to arrive and forced entry through the front door and encountered a significant fire in the kitchen.  As firefighters worked to control the fire a search of the 2-story, end of the row, townhouse was conducted with negative results.

The fire took about 20 minutes to extinguish.  No injuries were reported.  The cause of the fire remains under investigation and fire loss estimates are still being tabulated. 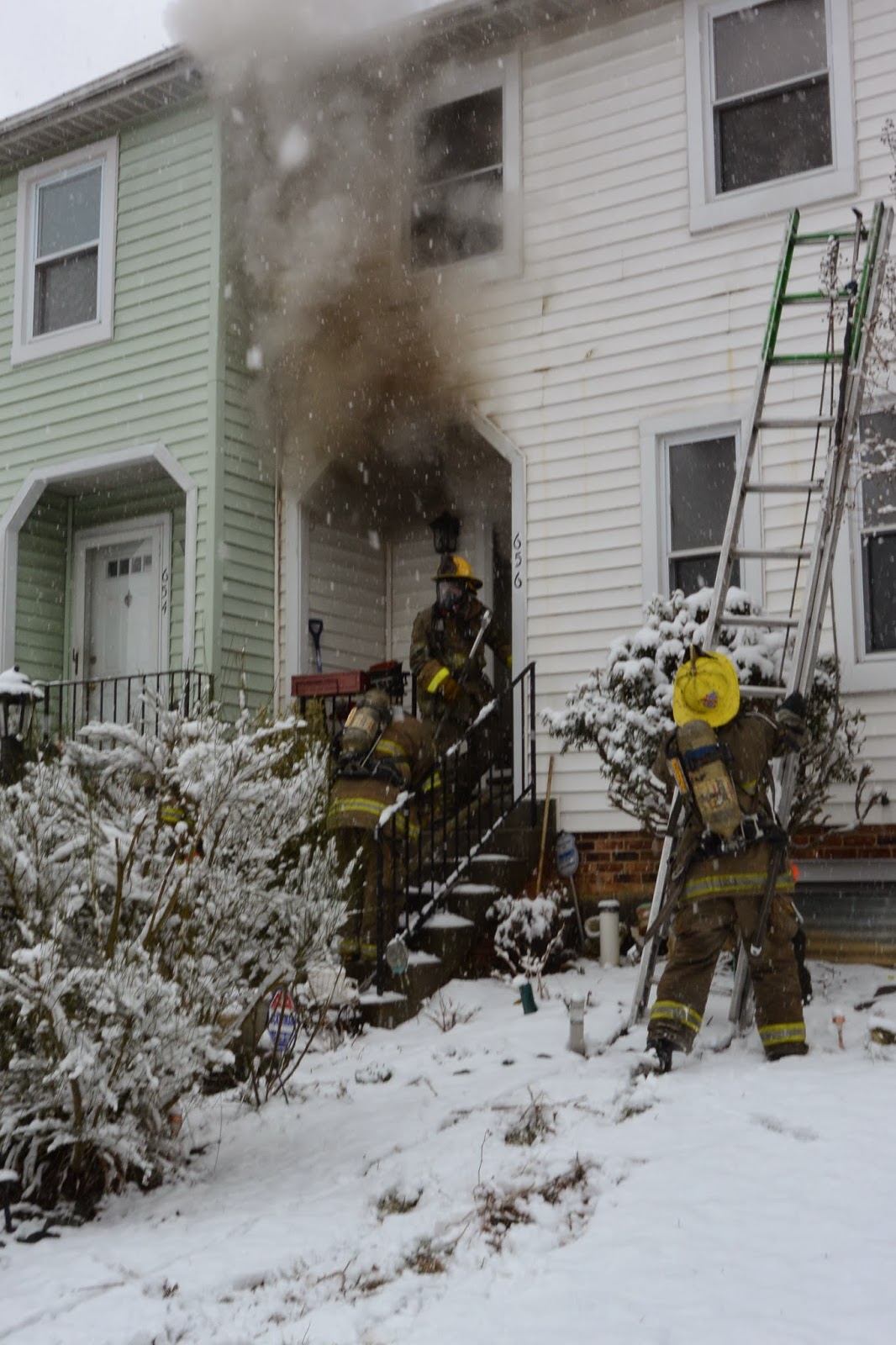 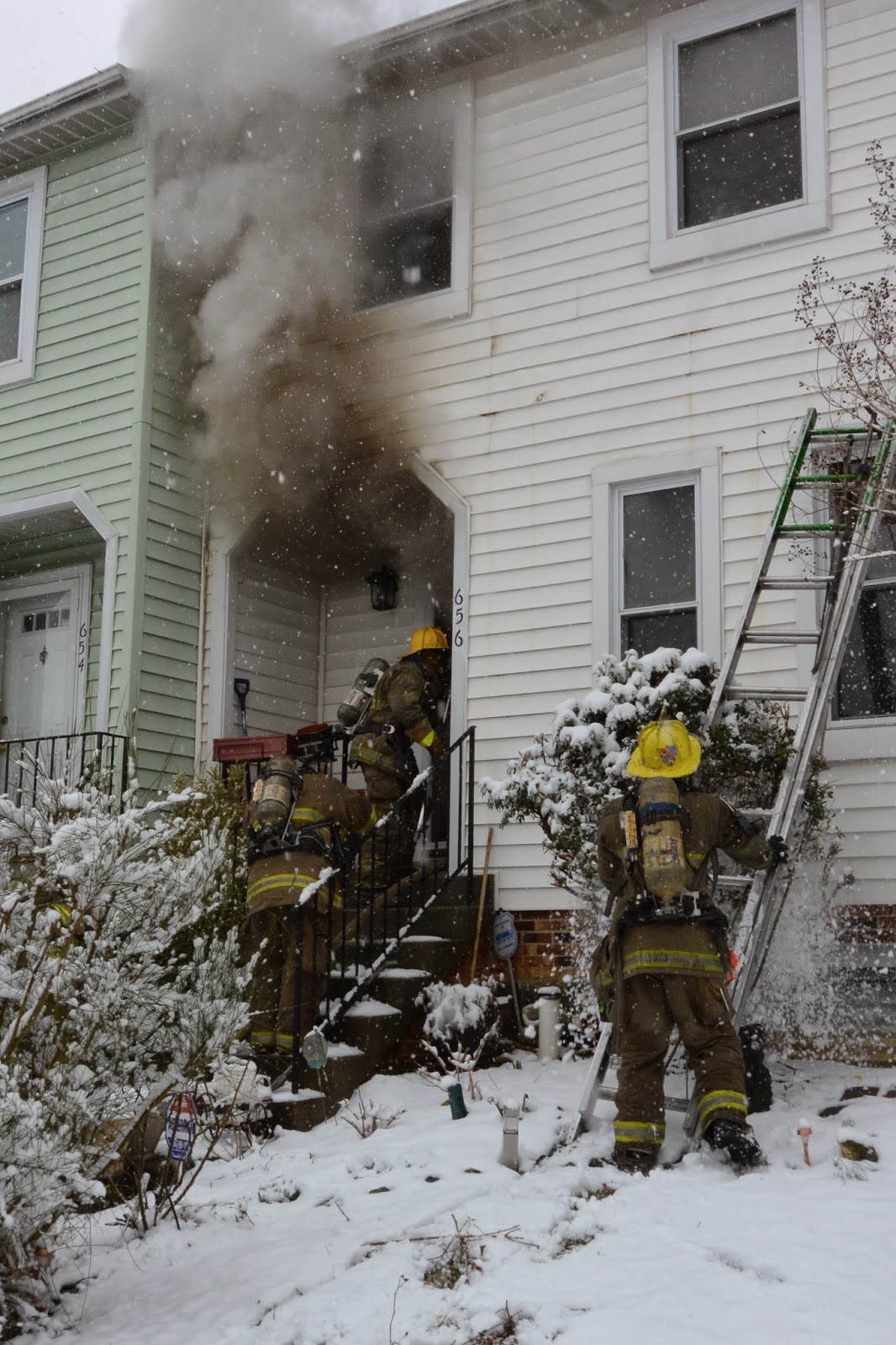 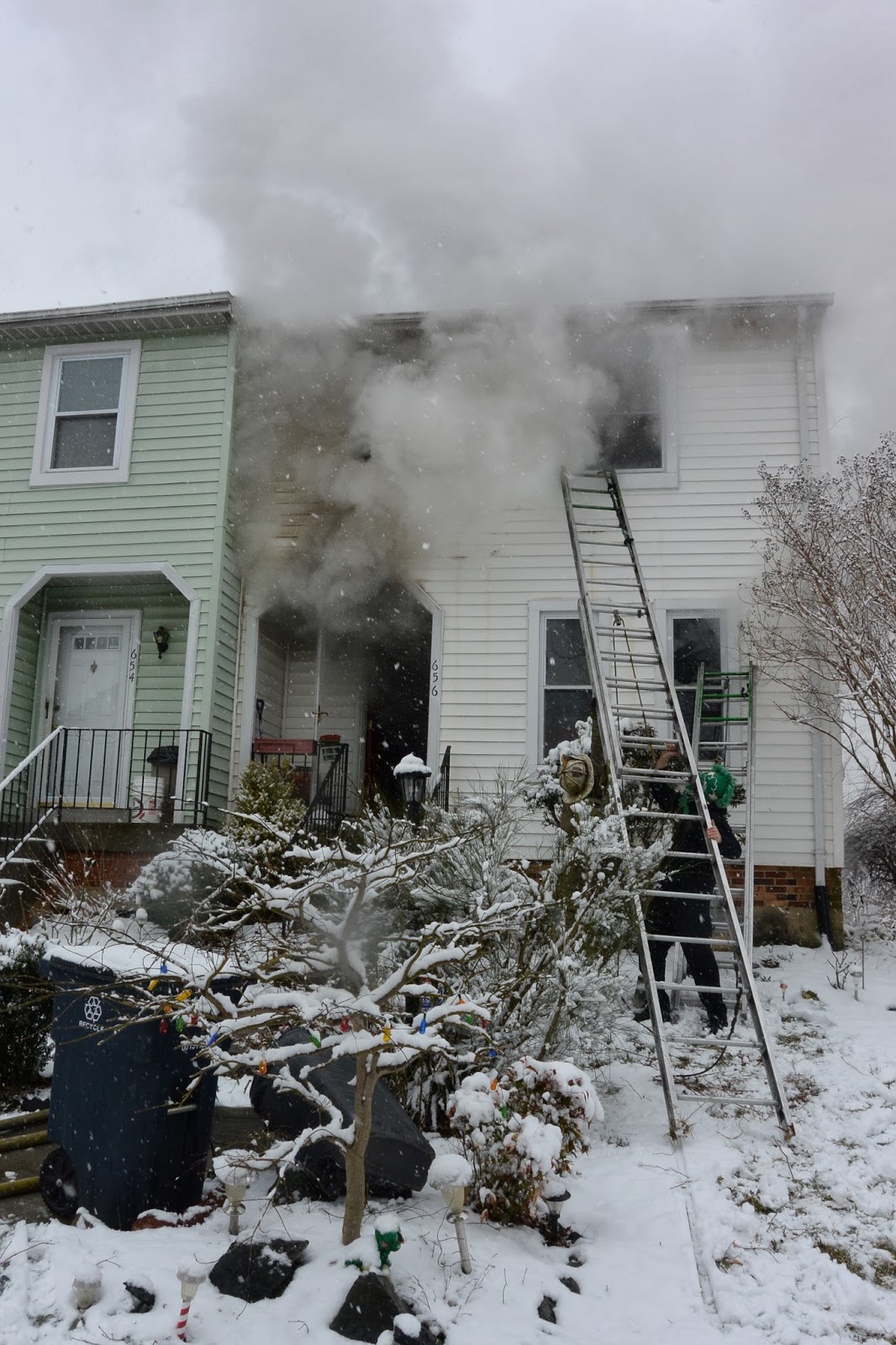 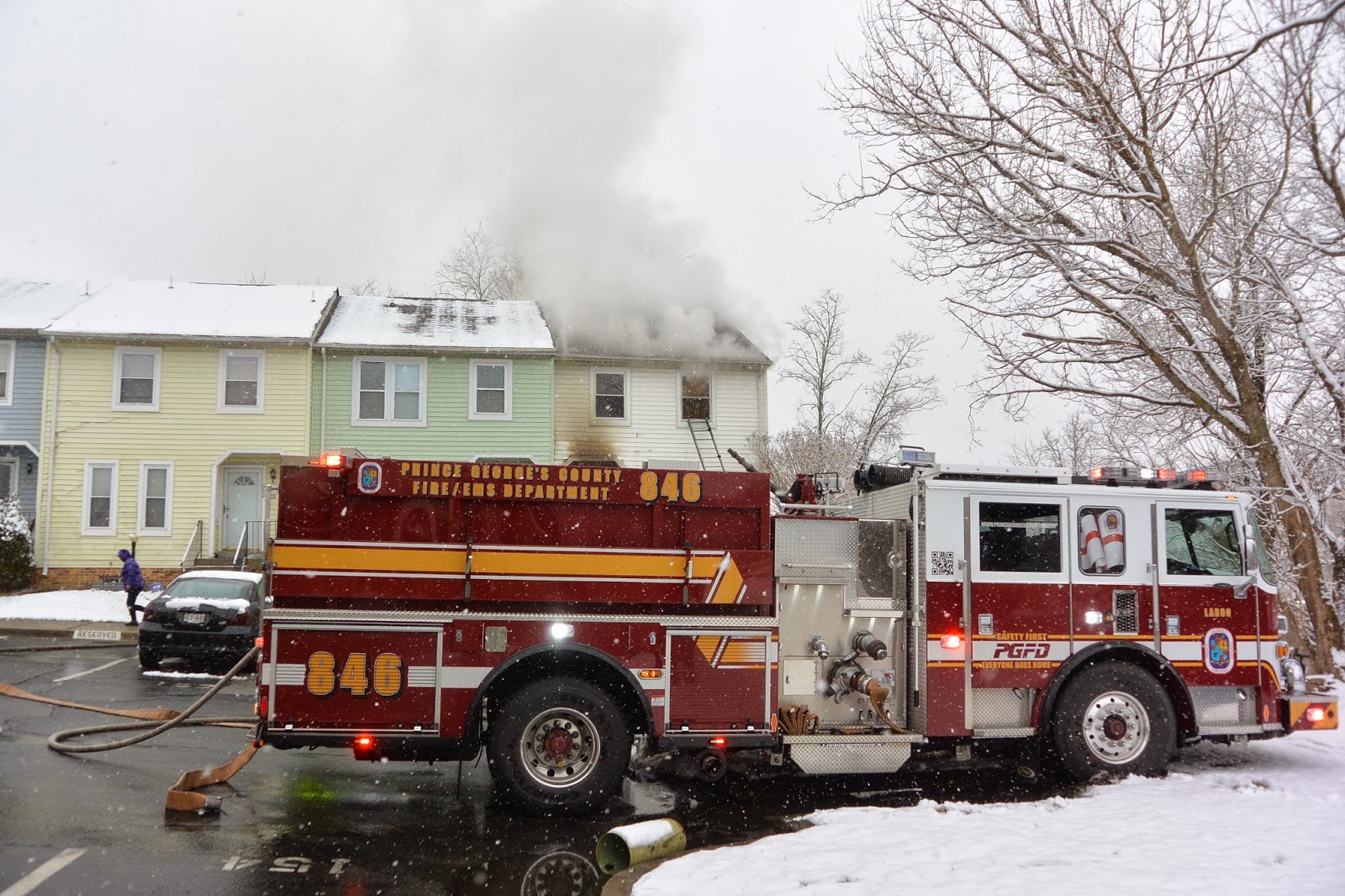 Posted by PGFD at 3:58 PM No comments: Links to this post